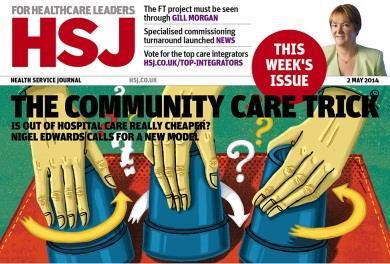 In this week’s issue HSJ Nigel Edwards questions the recetn rehtoric on the virtues of community care and calls for a new model. Plus: