'The NHS has been liberated from the risks about research'

Valuing research and questioning what you do and why you do it are what gives leaders a real edge in today’s health service, says Janet Messer 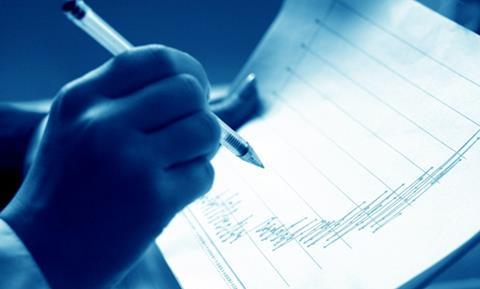 Leaders who value research and those who have some research experience have a real edge in today’s health service.

That’s the view of Janet Messer, associate director of collaboration and development at the Health Research Authority.

“It’s about being willing to question what you do and why you do it,” she says.

“It’s being able to weigh up data and make sense of it and it’s about getting the balance right over whether, when you want to make a change, you need to get more evidence to back it up, or whether you are in a position to go ahead.

“A background in research will support all of that.”

Traditionally seen as a “Cinderella” area, NHS research has been moving up the agenda in recent months and years.

In particular there has been a recognition that work is needed to remove the barriers that prevent research from being embraced across the health service.

“The HRA was set up to a large extent in response to calls to make it easier to do good research in the UK,” explains Dr Messer.

‘HRA approval will encompass not just the ethics of a research proposal, but will include legal and other compliance considerations’

“The government felt that the best way to do that was to provide an organisation that would be home to the research ethics service but would also have additional roles.”

In March the Department of Health approved the HRA’s business plan, which will see a radical transformation in the way that health research is approved in England.

Under the new system the HRA approval will encompass not just the ethics of a research proposal, but will include legal and other compliance considerations.

This means that any project approved by the authority will come with the certainty that it is “good to go” in terms of ethical, legal and practical compliance.

This marks a step-change from the current process, which involves research teams having to apply for approval from a research ethics committee as well as obtaining permission (on legal and compliance grounds) from each of the health service organisations involved.

Given that any one trial can include multiple centres this can be an unwieldy and time consuming process involving duplication of effort and headaches all round, despite lots of work to improve timelines within existing systems.

‘Supporting organisations to be more research active is good for patients, good for researchers and good for health service leaders’

“When the HRA was set up we used classic methodology which identified blocks and barriers to research and… identified waste and duplication,” says Dr Messer.

“We saw serious potential to streamline systems and make savings in how research was approved.

“The key aspect of the new system is that NHS organisations have been liberated from the risks that they might be feeling about undertaking research.”

Supporting organisations to be more research active is good for patients, good for researchers and good for health service leaders, she adds.

The health service is “variable” on research at the moment, Dr Messer says, with some organisations recognising its value while others are less switched on to the benefits.

“One of the issues is that some see the process as bureaucratic and complex; a box ticking exercise,” she says.

“That can put people off. We’re freeing the research and development teams in the NHS from this box ticking aspect so that they can instead spend their time supporting and encouraging people who want to do research.”

Organisations that are research active have an advantage in recruiting the best staff, she adds, but good leaders recognise that it goes beyond that.

“Some of these are intangible. It’s not just about recruiting staff, although obviously that’s important. Being research active works across an organisation and has an impact on how people do their jobs, how they work in day to day practice.”

‘Being research active works across an organisation and has an impact on how people do their jobs, how they work in day to day practice’

This can mean anything from the way that clinicians take decisions about particular pathways that a patient might make – is there a trial that they might take part in, for example – to management and transformation processes.

“Look at the whole business of service transformation,” she says.

“Leaders must be able to question the way things are done, to work out whether we need to do research to get the evidence for change, or is it something that we already have enough evidence to go ahead.”

The HRA is itself on a transformation process, Dr Messer acknowledges, recruiting new staff and developing new functions. And it is an exciting time both for the organisation and for those who want to undertake research in the health service.

“The single approval service will streamline research processes which brings benefits for researchers, the NHS and patients. It’s a very interesting time for all of us.”