2
Celebrating the scientist with an innovative snood
HSJ Knowledge

Celebrating the scientist with an innovative snood

Healthcare scientists play a vital role in meeting the NHS’s quality, safety and efficiency priorities, yet their contribution is not always recognised. The Chief Scientific Officer Awards sets out to right that wrong. An annual celebration of healthcare science, this year’s awards were presented on 29 February in London and proudly supported by HSJ. We are equally proud to share profiles of the 10 exceptional winners. The first profile is Wendy Tindale, Healthcare Scientist of the Year 2016 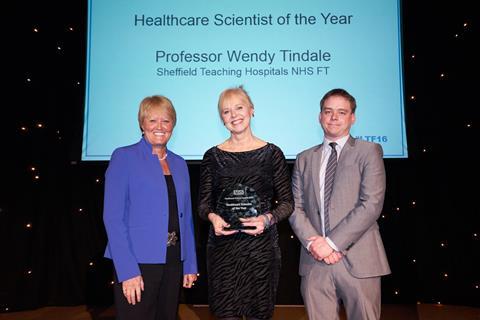 Developing a snood might not sound like a typical activity for the scientific director of a healthcare trust. But then Wendy Tindale’s working life goes far beyond her leadership of medical imaging and medical physics at Sheffield Teaching Hospitals, and the snood in question goes far beyond one you might pick up on the high street.

‘While we work in particular areas, we have a process that is transferable to almost any clinical problem’

Since 2008, Professor Tindale has combined her scientific director role at Sheffield Teaching Hospitals Foundation Trust with that of clinical director of Devices for Dignity. The work has seen her named one of HSJ’s  Inspirational Women, led to an OBE, and now the accolade of Healthcare Scientist of the Year at the Chief Scientific Officer Awards 2016. 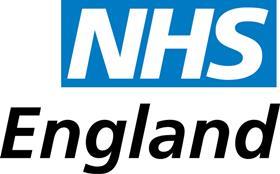 Devices for Dignity is a National Institute for Health Research healthcare technology collaborative, designed to accelerate the development and uptake of new medical devices. As its name suggests, the programme’s focus is on developing and supporting innovations that improve dignity and quality of life for those with long term conditions.

One of those innovations is the Sheffield Support Snood, a new supportive neck collar for people with motor neurone disease.

“It is really very different from the standard collars, which are either too soft and don’t give enough support or they’re those big trauma collars, and people tend to put them in a cupboard and they’re not used,” explains Professor Tindale. “And if you can’t support your head, then you can’t make eye contact, you can’t feed yourself – there’s a whole load of dignity issues.”

The snood is the latest in a series of technologies that Professor Tindale and her colleagues at Devices for Dignity have helped to advance. “While we work in particular themes and particular areas, actually we have a process that is completely transferable to almost any clinical problem,” she explains.

“What we’ve developed is basically an innovation model. So what we do is start off with the unmet need. People will come to us from a whole variety of sources with an unmet need. It can be clinicians, patients, members of the public, we have a website, academics come to us – a whole range of sources. And what we will do is to take that unmet need and really get to the bottom of validating it.

I like to see healthcare scientists as T-shaped people – having depth in particular areas, but also stretching your arms out so you can connect with others

“So [we ask] is it really an unmet need, is there actually something out there that could address the need but people don’t know about it? Is it something that needs a service redesign or a technology? Is it a problem worth solving – in other words, what would be the impact if we were to address this problem? Would it only affect two patients or would it affect thousands?

“On the basis of that, for which we do quite a wide scoping and consult with a lot of experts, we will then decide which project to take forward. It’s all about collaboration – it’s all about bringing the right teams together and understanding the whole process of innovation from beginning to end that actually delivers a successful solution.”

Professor Tindale suggests healthcare scientists are particularly well placed to grapple with these sorts of tricky problems: “The training we have is a rigorous scientific training. We understand how to get to the bottom of a problem and how to research it to deliver results. Whether that be in a physics or engineering setting, or whether that be more generally in terms of problem solving, we can bring those same skillsets to bear.

“Where healthcare scientists come from is that we have a good background of being able to link things together – see the problem and be able to look at potential solutions, and what bits of the jigsaw need to be brought together,” she continues.

“So I like to see healthcare scientists as what I call T-shaped people. It conjures up a visual image of having depth in particular areas, but also stretching your arms out so you can connect with others to get the full picture by working together.”

It is a contribution healthcare scientists are supported to make at Sheffield Teaching Hospitals FT, she says. Notably, the trust structure is such that Professor Tindale is directly accountable to two individuals – the medical director and the chief executive.

She says: “That interface works very well. I’m not in a position where I’m several levels removed from that [executive level].”

In addition, she has monthly meetings with her executive colleagues as a member of the trust’s clinical management board.

When Professor Tindale joined the NHS as an 18 year old junior technologist, she perhaps would have been dubious about the idea that she would some day be closely involved in the strategy for a large NHS provider. Yet she has never doubted her choice of career.

“Healthcare scientists’ skills and expertise make such an important contribution to high quality patient care,” she says. “It’s an exciting and rewarding area in which to work, with a real opportunity to make a difference. I feel privileged to be involved.”