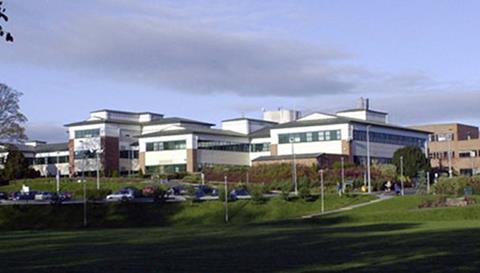 6.05pm Senior clinicians from Lewisham Hospital have written to NHS medical director Sir Bruce Keogh to ask him to explain a statistic which Jeremy Hunt attributed to him about mortality at A&E departments. The health secretary last week accepted the recommendations of the trust special administrator for South London Healthcare Trust that Lewisham hospital’s A&E unit be downgraded, subject to conditions.He said he did this after been assured of the clinical benefits by Sir Bruce.

16.44pm The 2013/14 NHS Standard Contract has been published today by the NHS Commissioning Board.

3.40pm The government has agreed to hold talks on the role of the National Institute for Heath and Clinical Excellence with the trade body representing the pharmaceutical industry, in a bid to reach agreement on new pricing arrangements. Talks on the introduction of the government’s flagship value-based pricing policy began last November but proposals for how it could work are still to emerge.

2.30pm Two members of the Care Quality Commission’s executive team have handed in their notice,HSJ has learned. Read more.

2.26pm An HSJ barometer survey has revealed clinical commissioning group leaders have a high level of confidence their organisation would detect and prevent a serious care failure like those at Mid Staffordshire Foundation Trust or Winterbourne View hospital.

12.40am The NHS Confederation and NHS Employers has responded to a survey by HSJ’s sister title Nursing Times which found more than half of nurses believe their ward or unit is dangerously understaffed. “The last thing we want is a minimum staffing ratio becoming a ceiling rather than a floor,” says director of NHS Employers Dean Royles.

11.00am Privacy campaigners and medical groups have condemned a move that will see GPs hand over patients’ confidential records to a central information bank. The British Medical Association and privacy group Big Brother Watch criticised the development in which family doctors will be compelled to share patients’ details including drinking habits, NHS numbers, illnesses and reasons for treatment.

11.00am A public inquiry into regulators’ failure to prevent routine neglect at Mid Staffordshire Foundation Trust must lead to a more “patient-centred” health service, the NHS Confederation has urged. Confederation chief executive Mike Farrar said Wednesday’s publication of a report into Stafford Hospital would rightly expose failings which led to what a previous independent inquiry described as “appalling” standards of care.

10.36am NHS chief Sir David Nicholson ‘will not lose job’ over Stafford hospital scandal, unnamed sources tell the Guardian. “Nothing came out during Francis’s inquiry that means he has to go, and political support for him is rock solid, from No 10 and the health secretary,” a source told the paper.

10.30am @sarahcalkin ‏tweets “Our @NursingTimes survey ahead of the #Francis report finds more than half of nurses worried about staffing levelshttp://m.nursingtimes.net/5054462.article “

10.27am “Mid Staffs was a betrayal of the NHS,” Mike Farrar, chief executive of the NHS Confederation, writes on the Guardian’s comment is free blog site.

10.19am NHS Commissioning Board chief executive Sir David Nicholson’s expenses were the subject of a report in the Daily Mail. The paper reports he has spent nearly £6,000 in train tickets to Birmingham. He says he was “attending official meetings”.

10.09am The Financial Times refreshes an old story ahead the Francis report. The paper reports health secretary Jeremy Hunt wants to introduce Ofsted-style inspections for hospitals.The paper says the remarks were made “days before publication” of the Francis report but they appear to be very similar to comments he made back in November. Read HSJ’s report on the story, published last year.

10.08am Good morning. Today on HSJ Live we’ll round up news and comment in relation to the long-awaited Francis report, due to be published on Wednesday. We’ll also have HSJ Live’s usual up to the minute compendium of all the essential health stories.

7.30am The Adult Psychiatry and Morbidity Survey of 2007 estimated that more than one sixth of the UK population suffered from a common mental health disorder. The Improving Access to Psychological Therapies programme is a national initiative aimed at improving access to routine evidence-based treatments for people with common mental disorders such as anxiety and depression. Emma Stanton, chief executive of Beacon UK, reviews its success