Clocking on at the NHS factory: Lessons from industry

The way we provide healthcare makes more sense if we view the NHS as the vast industrial entity that it is, and calculate the economics of better care as if we were running a factory, argues Terry Young 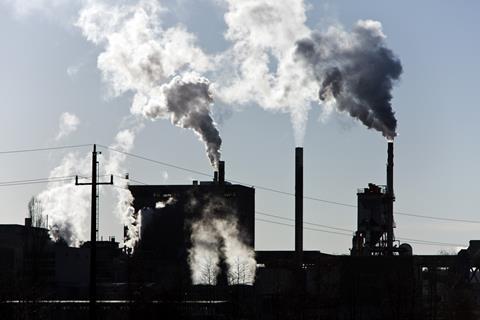 If you were to call the NHS “a health factory”, many people would balk at such an impersonal and industrial phrase being used for an organisation that delivers care. But remember: it does so on a huge scale.

‘The factory analogy forces us to think along different lines’

If we break a hip and go to hospital, we are up and about within a few weeks as if nothing had happened. Until the new hip wears out, the NHS gives us back the health that the fracture took away.

The big health debate this year is likely to centre on how we fund it, but the factory analogy forces us to think along different lines: function, efficiency and employment.

Sadly, QALYs suffer from inflationary pressures, so you would run out of health a few days shy of a year.

If you were only half dead, a single QALY would last (almost) two years because you would only need half the health boost. The hip replacement might give you three to four QALYs spread over 15 years.

While there are problems with QALYs, not least in measuring something as subjective as health, they provide a perspective that is hard to gain any other way.

In very general terms, the National Institute for Health and Care Excellence limits the price to about or below £20,000 per QALY. So the NHS’s £100bn budget buys at least 5 million QALYs a year, which equals roughly a tenth of a QALY for everyone in the country, but probably a lot more.

The exact output of our health factory is not easy to pin down, but it is millions of QALYs a year.

What about function and structure?

Much of the upheaval over the past few years has resulted from the struggle to reduce emergencies by dispensing more health earlier, and by managing more care by GPs and less in hospitals.

Such restructuring is much more complicated than it sounds. Hospitals are great places for clinical people because they can cluster, develop skills and share resources, information and experience. But they are often less flexible for patients, who might lose their independence, catch bugs or suffer complications.

Moving the focus of care makes sense, but it also makes dispensing QALYs more difficult for the system.

So why try? Apart from better care, there is the matter of cost and efficiency.

Again, while the debate tends to focus on expensive medicines, drugs are usually a small part of a QALY because most of the money goes on the time of doctors, nurses, those in allied professions, ancillary staff, drivers, managers, administrators, and so forth.

This presents an enormous opportunity to get more QALYs for our money by deploying our human resources much more effectively. When we look at other sectors, we discover that restructuring to reduce people’s time has consistently boosted the quality of the product or service as an added bonus.

Sadly, in every other sector we know there has been a deeply destructive journey to achieve this.

Large swathes of our industrial landscape from the 1970s and 1980s have disappeared. When we consider national industries, we simply do not know yet how to chart a journey across this terrain, while preserving the same basic service all the way through.

‘Will it be a rough ride? Probably – it always is for the pioneer’

A final benefit in setting out on this journey is the hope of building new jobs around the business of improving healthcare, as well as running the knowledge factories that will deliver the skills and expertise to make improvement work.

Employment itself seems to be a QALY dispenser: by and large, you are healthier when you are in work. So there is the possibility of creating high value jobs and lifting people’s state of health at the same time.

So, what is the big challenge in 2015? It is assembling the tools and building the capacity, radically, to develop the health factory and to steer around the valley of destruction.

Will it be a rough ride? Probably – it always is for the pioneer.

But will it be worth it? The trouble is, we cannot afford to go on as we are.