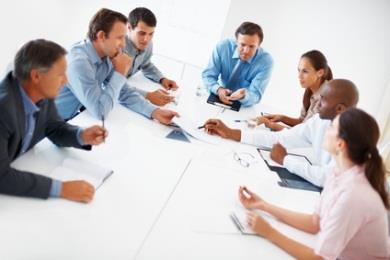 The new Health and Social Care Act 2008 (Regulated Activities) Regulations 2014, which as at the beginning of September are still awaiting approval by Parliament, have huge implications for directors of trusts and other healthcare providers. In this article we explore the following:

The current 2010 regulations state that activities regulated by the CQC must not be carried out by providers (whether sole traders or partners) unless they are ‘fit’ to do so (regulation 4).

The same requirement applies to registered managers (regulation 6) and to the ‘nominated individual’ of an organisation regulated by the CQC who is responsible for supervising the management of the regulated activity (regulation 5).

“Fit” is defined as being someone who is:

The new 2014 regulations share some similarities with those described above.

However there is now an added requirement that each of these categories of persons have ‘the necessary qualifications, skills and experience.’

But the most striking difference is regulation 5. This creates an entirely new category for directors of NHS trusts. This provision applies to all directors and not just nominated individuals.

The usual requirements of good character, physical and mental fitness and the need to produce the material in schedule 3 still apply. However the individual has to also have the qualifications skills and experience which are ‘necessary’ for the relevant office or position or work for which they are employed.

There are also some specific factors which have to be borne in mind when assessing good character. For example, it is a requirement that the person not be an undischarged bankrupt or the subject of an interim bankruptcy order or be on the children’s or adults’ barred list.

There is also a requirement that certain factors be considered by a trust when considering good character (namely the existence of previous convictions or the fact that the director has been struck off from a register of a professional health or social care register).

The really significant change comes with regulation 5(3)(d) though.

This is the requirement that the director has not “been responsible for, been privy to, contributed to or facilitated any serious misconduct or mismanagement (whether unlawful or not) in the course of carrying on a regulated activity.” These definitions are both vague and potentially very wide ranging.

It is not clear what would constitute “serious misconduct or mismanagement” or how providers would be expected to assess this. Moreover, terms like “privy to” are extremely open-ended.

Technically this might include situations where the director was merely aware of someone else’s misconduct.

‘Definitions for directors in the private sector will differ slightly’

Regulation 5 just applies to directors of NHS trusts. However, according to the eighth report by the parliamentary committee considering the regulations, a second statutory instrument will follow soon which will bring into play the fitness of directors for the private sector.

This should be in force in around April 2015 and will use “slightly different definitions.” It is not clear why there should be any difference between the requirements for the NHS and the private sector.

The implications for trusts

Under regulation 5(2) of the 2010 regulations, “unless the individual satisfies all the requirements set out in paragraph (3), the service provider must not appoint or have in place an individual…”

CQC will be able to take enforcement action, as usual, for breach of this regulation.

However, since breaching this regulation does not constitute an offence, CQC will need to go down the route of raising this as a possible breach in inspection reports, warning notices and notices of proposal to impose conditions (such as conditions not to employ a particular person as a director because they have been responsible for misconduct), notices of proposal to suspend or to cancel a provider’s registration with the CQC.

There will also still be the urgent provision to impose or remove a condition under section 31 of the Health and Social Care Act 2008. They will thus be able to exert a lot of pressure on trusts to dispense with directors who do not meet with CQC approval.

If the condition not to employ a particular individual was imposed and the trust did not remove them then technically this would constitute an offence and the trust would be liable to prosecution.

Under the current regulatory framework there is a maximum fine of 50 thousend per offence for breaching a condition of registration. However, the DH have suggested that there will be a move to unlimited fines.

According to the July 2013 Department of Health consultation on Strengthening Corporate Accountability in Health and Social Care, the DH was considering how best to provide a right of appeal for directors against the CQC’s decision where they are removed by the provider because they are deemed to be unfit by the CQC.

‘Individuals will have the right to appeal the CQC’s descision’

Section 87 of the Care Act 2014 now deals with this. Where the CQC decides to impose a condition on a registered provider requiring removal of an individual director who is not considered to be a fit and proper person to fulfil their role, the individual has a right of appeal against the CQC’s decision.

The DH have indicated to us that these appeals will be to the first tier tribunal of the health and social care chamber. Normally hearings are held in public with witnesses called and cross examined. The press would therefore be able to attend and there could be consequent media coverage.

For directors facing a decision

This new requirement for directors to be fit and proper persons could have huge implications for them. First, there may be issues surrounding the merits of any concerns raised by CQC about directors.

This is particularly the case when one considers how broad the definitions in regulation 5(3)(d) are (the requirement that the individual has not “been responsible for, been privy to, contributed to or facilitated any serious misconduct or mismanagement (whether unlawful or not) in the course of carrying on a regulated activity.” )

There seems to be no concept of misconduct ever becoming spent so even historic concerns could become relevant (the July 2014 CQC consultation states “there is no time limit for considering such misconduct or responsibility”).

Moreover, serious misconduct or mismanagement that has occurred outside the UK can also be taken into consideration.

Furthermore, according to the July 2013 guidance, the CQC could choose to put a director onto a list of directors deemed unfit to work in the sector, if it satisfied itself that the director was not a fit and proper person. This has huge implications for the director and could prevent them from ever working in the health sector again.

If so, trusts will no doubt seek to rely on the “some other substantial reason” defence.

Implementation and next steps

NHS providers will need to give urgent attention to the new requirement, both in terms of existing directors and their equivalents and new recruits to such senior positions.

If checks are done thoroughly this will be a significant additional task for the HR departments of hospital trusts. Action will need to be taken if evidence comes to light that an individual director is or may be unfit under the new fit and proper person test. In cases of uncertainty legal advice should be obtained.