The spat between Circle and the Care Quality Commission goes to show how serious organisations can act childishly. Both sides need reminding of what is required of them to make regulation effective

The recent unseemly rift between Circle and the CQC does little credit to either party and certainly does nothing to support patients at the embattled Hinchingbrooke Hospital.

With Circle suggesting an inappropriate disinclination to be regulated, and the CQC responding with enlarged language of self-justification, suggesting that they do not recognise the possibility of fallibility, it is difficult to resist the conclusion that this was more about egomania than reflective consideration of the issues.

‘The CQC is holding itself out as infallible, even when inconsistent or wrong, is a real problem’

It is reminiscent of Lewis Carroll’s joke twins, Tweedledum and Tweedledee.

Behind this entertaining tussle lie major issues about respect for transparency in dispute resolution and being given a proper opportunity to understand and effectively answer allegations made.

The clear policy decision of the CQC to hold itself out as infallible, even when inconsistent or wrong (allegedly making 300 mistakes in this case), is a real problem for healthcare regulation. No regulator is correct purely as a result of their position, as opposed to, say, maturity and objective wisdom of judgement.

The regulator will make mistakes, so defending “unto death” those bad decisions does nothing to support healthcare services or gain respect for its decision making. Mature reflection and an acceptance of error in appropriate circumstances would be more persuasive. 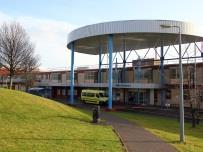 When Circle suggested an inappropriate disinclincation to be regulated at Hinchingbrooke , the CQC responded with enlarged self-justification language

The CQC can be resisted but not by irascible, tokenistic rhetoric. Hospital managers need to recognise that external regulation is here to stay.

The answer lies in preparing for investigation with sufficient resource, as well as intervening during inspection. The ability to resource a response to the misguided, the disproportionate and the downright wrong is essential.

Proper application of these principles pays dividends and regularly gets good results. Overreaction after the event is never going to be good enough.

It is very disappointing that an independent provider should react so poorly to the exercise of regulatory powers in a sector known to be highly regulated, and rightly so, given the human safety issues. No one is above accountability and the need for objective and considered response.

The CQC must learn. It must earn respect by the quality of its actions and not by fear of an overbearing and self-righteous approach.

The regulated must have confidence in the system. Clearly, frustration with inadequate accountability by the CQC has contributed to a kneejerk reaction.

The CQC can take one simple step to gain confidence: it should introduce an effective and timely process for challenge by way of appeal to both facts and judgements. The two go together.

The present system, whereby the original decision maker reviews their own decision, is obviously so defective as to be absurd. It does not meet the most basic standard of fairness.

The CQC would then earn respect rather than bitterness and recrimination for its decision making. Providers, including NHS hospital management, would be more inclined to accept criticism. Is it too much to ask a state regulator in the 21st century to accept the accountability of a challenge to its decision making?

Providers must accept regulation in word and spirit, but this will be easier if they have a full and fair opportunity for response.

Process related challenges are wholly inadequate and can only work if there has been a proper opportunity to answer allegations, such is the most basic tenet of the principles of natural justice essential to the rule of law.

Now we have enjoyed a public accounts committee where the chair, perhaps emulating the “Red Queen” (why are they always called Margaret?) has a uniform approach of “off with their heads”.

Let us urge the CQC to review its limited challenge policy and avoid the playground battles positioned in the Hinchingbrooke fall out and replace them with a system where accuracy, proportionality and fairness prevail.

As Alice might have said, let’s all be a little more grown up.