Start preparing: the duty of candour is coming

The statutory duty of candour recommended by Robert Francis will have a significant operational impact for all service providers, explains Neil Grant 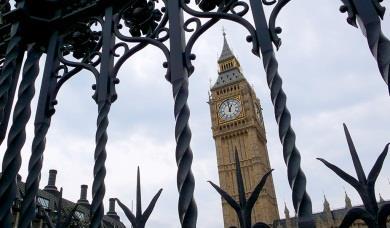 One can debate the extent that legislation can ever truly change behaviour. Ultimately cultural change is driven by the values, commitment and ethos of an organisation’s leaders and workforce.

However, placing an issue on a statutory footing does enhance its importance, particularly when it is expressed as a duty and is backed up by sanctions for non-compliance. That is the case with the statutory duty of candour that is intended to come in from October as a new Care Quality Commission regulatory requirement.

We are awaiting the government’s response to the consultation on the duty, which closed on 25 April. However, it is apparent that the government’s thinking is well advanced, particularly having consulted with stakeholders through the review conducted by Norman Williams and Sir David Dalton.

The proposal is that the duty of candour will apply to moderate harm not just severe harm. That will draw many more adverse incidents within the duty. The definition of moderate harm in the draft regulations is based on the current “moderate harm” classification that applies to the National Reporting and Learning Service, with the addition of prolonged psychological harm.

The Dalton and Williams report, Building a culture of candour, quotes annual average reporting figures to the NRLS of 80,000 moderate harm reports, 7,500 severe harm reports and 3,500 deaths. The report then adds that such figures are in no way a true reflection of the actual number of incidents as typically the level of reporting is in the range of 7-15 per cent of the total.

Therefore, in practice there will be a far higher number of harmful incidents than the number reported via the reporting and learning service. It is likely that the implementation of the duty of candour will highlight many more notifiable incidents, which will have significant resource implications for the NHS.

Scope of the duty

Under the draft regulations, moderate harm means the following:

The intention is for the first and second points to be read together, although the draft regulations for some reason separates them out, as set out above. The final version of the regulations will need to make it clear that they are to be read as one.

In addition, and less surprisingly, the duty of candour will apply to:

Subject to the outcome of the consultation and ultimate parliamentary approval, healthcare providers will need to ensure their systems capture all such incidents as “notifiable safety incidents” for the purposes of duty of candour.

Giving effect to the duty

What must a healthcare provider do in the event of a notifiable safety incident occurring?

First, at a face to face meeting, the representative of the provider must notify the “relevant person” that an incident has occurred, providing them with “all information directly relating to the incident” and “reasonable support”. The discussion at the meeting must be recorded in writing.

The provider must give “a truthful account of all the facts the service provider knows about the incident as at the date of the notification”. If further enquires need to be undertaken, these will need to be shared with the relevant person and, if possible, agreed, emphasising a collaborative, patient-centred approach to incident handling.

An apology should also be given, defined in the draft regulations as “an expression of sorrow or regret”.

Second, the notification given at the meeting must be followed up in writing.

Third, there is a need for written notification of the results of any further enquiries into the incident to be given to the relevant person.

The “relevant person” for notification purposes means “the service user or, where the service user is not competent to make a decision in relation to their care or treatment, a person lawfully acting on their behalf.”

In relation to an incapacitated adult service user, those lawfully acting on their behalf will have a lasting power of attorney covering care and welfare or will be a court appointed deputy. Just because someone is a family member does not mean they are lawfully acting on behalf of their loved one. For children, normally those exercising parental responsibility will need to be notified.

The harm threshold reflects the contractual duty of candour in the NHS standard contract (with the exception of the inclusion of “prolonged psychological harm”). Further, the CQC will normally have been notified of these incidents via the NRLS.

The additional operational obligations underpinning the duty will come from having to notify service users or those lawfully acting on their behalf of incidents both in person and in writing.

In a busy, high-risk healthcare environment there are likely to be many incidents that fall within the reporting threshold. As far as investigations are concerned, the CQC is working on a set of minimum standards to drive forward consistency in terms of the quality of investigations across the NHS.

A failure to comply with the statutory duty of candour will amount to an offence for which the provider could be prosecuted and fined in the Magistrates’ Court. Alternative sanctions are likely to include fixed penalty notices or cautions. There is, however, a defence that the provider took all appropriate steps and exercised all due diligence to ensure the duty was complied with.

A healthcare provider may also be liable to enforcement action if it fails to notify the CQC of the incidents which in the case of the NHS will be via the NRLS. The CQC will be expected to act proportionately when enforcing the duty. One would expect regulatory action to be taken only against the worst and most persistent offenders.

The government is hoping that the new duty will reinforce the cultural changes that need to occur in parts of the health service in terms of openness and transparency. It should also drive service improvement and make services far more patient centred.

A real concern, however, is that the concept of moderate harm is very broad and, as far as “significant but not permanent harm” is concerned, undefined in the draft regulations. Without a clear definition of moderate harm there is the real risk of variations across the country in the way the duty is interpreted.

There is also the prospect that the implementation of the duty will have major operational implications for healthcare providers operating in a cash strapped environment. Subject to these concerns, the introduction of a statutory duty of candour is welcome and has the potential to dramatically improve openness and learning in relation to patient safety across the health care sector over the coming years.