The draft fundamental standards for health and social care providers lack clarity and focus, which is why the consultation is so important, says Joanna Dirmikis 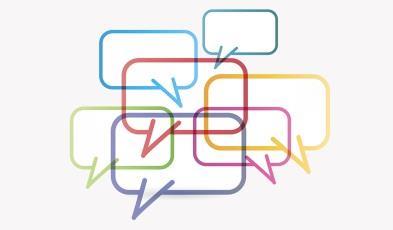 Last September, the Department of Health hailed the advent of new draft fundamental standards for health and social care providers (contained within the new draft 2014 regulations) because the removal, in some instances, of the requirement for Care Quality Commission to issue a warning notice prior to prosecuting providers was seen as being “likely to create a stronger deterrent effect against non-compliance with the regulations”.

The new regulation 17 makes it clear that while breaches of some regulations will still only be subject to prosecution following service of a warning notice, in respect of many breaches, no warning notice will need to be served prior to a prosecution.

The DH opened its consultation on the proposed regulations in January. Providers will only have a short window to respond (the consultation closes on 4 April). The consultation is very critical of the current regulations (“It is not always clear what the overall intended effect is. It is also not obvious what a breach of the overall requirement would entail,” it says on page 7) and emphasises that the new regulations represent an attempt “to rectify this lack of clarity”.

The problem is that many sections in the new regulations are incredibly confusing and woolly, and in some places give scope for extremely broad interpretation. Ironically, it was the vagueness of the current regulations that led the statutory instruments joint committee, which reviewed the current regulations in 2009, to advise that any prosecutions launched under those regulations should only be commenced after a warning notice had been served.

This advice seemed to then be taken on board given that warning notices were provided for in the current regulations. Given that the new set of regulations is even vaguer than its predecessor, it is difficult to understand how a direct prosecution can now be justified. It also seems to go against that original advice.

Here are just a few examples of the problems we have picked up on when reviewing the new proposed regulations.

The regulations do not make it clear under what circumstances a lesser form of enforcement action would be taken in cases that do not merit a prosecution. According to page 15 of the consultation document, “additional clauses have been added that place a responsibility on providers to act in particular ways that help to achieve the required outcome”.

It says this has been done in part “to enable the CQC to take action in cases where although the outcome is technically being met, the provider is taking a risky approach that is likely to compromise safety or quality in the future”.  This approach is clearly unsatisfactory because it is not clear what action the CQC would take in cases that fall into this category.

These range from a breach of the requirement to make reasonable adjustments to meet a service user’s needs (reg 4(3)(e)), to a breach of the need to meet the nutritional needs of service users (reg 9(1)) or the need for premises and equipment to be “safe, clean and secure”, “suitable for the purpose for which they are being used” and “properly used and maintained” in “accordance with generally accepted professional standards” (reg 10).

The regulations are given even wider scope when one considers just how broadly one could interpret some of the phrases peppered throughout them.

Some of the provisions are unduly onerous. For example, regulation 12 on “good governance”, which replaces the current regulation on assessing and monitoring the service, now imposes a requirement that the provider should be “continually evaluating and improving [such] services.”

The proposal is that the financial penalty for failing to meet the new regulations rises from a £50,000 fine to an unlimited fine (page 18 of the DH consultation document).

Although some clarity should be obtained by the spring – when the CQC is consulting on the compliance guidance that elaborates on the new regulations – given that the deadline for responding to the DH consultation is in less than two months, and given the problems with the new regulations which have been highlighted above, it is imperative that you make sure that you make your views about the fundamental standards known before it is too late.

If you have any further questions about them before you do so, at Ridouts we are always happy to help answer them.