The pros and cons of new inquest rules for providers 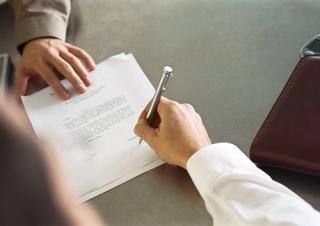 A new legal framework for inquests came into force across England and Wales last July.

The overall duty of coroners remains the same: to investigate unnatural deaths, deaths of which the cause is unknown and deaths in custody or other state control.

The investigation must include an inquest that determines the identity of the deceased; where, when and how they came by their death; and any other particulars required to register the death.

None of this is different to the law as it stood previously.

There are, however, some important changes to the law. While the media coverage has widely focussed on the new office of the chief coroner there are other details of the new law that have not been so widely covered but are already having an impact on health and social care providers.

‘Some important changes to the law provide good news for providers’

There is some good news for providers.

The new framework includes a right for interested persons to obtain disclosure of relevant material from the coroner. Previously, disclosure was a matter of discretion and practice varied between coroners.

There is also a new statutory duty for coroners to complete inquests within six months of the date the coroner is made aware of the death or as soon as is reasonably practicable after that date.

In some instances, for example when there are criminal investigations relating to the death, the deadlines will be missed but if an inquest is delayed for more than 12 months the coroner must report the case to the chief coroner.

The pros and cons

There is an expectation that inquests will be completed sooner and coroners are likely to take an active role in case management to avoid unnecessary delays. For the most part, this is a helpful development for providers as well as families because carers and managers will likely be anxious about inquests and the sooner the inquest is concluded, the sooner that anxiety will dissipate.

However, some of the new measures raise new risks for providers. For example, there is a new duty for the coroner to send reports to peeople the coroner believes could eliminate or reduce the risk of circumstances arising that will cause other deaths.

The person must respond within 56 days and the coroner must then send their report and response to all interested persons and the chief coroner.

‘The chief coroner has the power to publish reports so there is a risk that information about a death will be even more widely available, risking reputational damage’

Coroners had a similar power under the old coroners’ rules. Like all powers, the exercise was a matter of discretion. The new regulations, however, impose a duty (not just a power) upon the coroner to send reports when the test set out above is satisfied. This inevitably means that more reports will be sent.

The coroner may send reports to the Care Quality Commission, safeguarding, commissioners and other important stakeholders which may pose regulatory and commercial risks. The chief coroner also has the power to publish reports so there is a risk that information about a death will be even more widely available, risking reputational damage.

There is also a new duty upon interested persons to provide relevant information to the coroner, supported by a range of new offences relating to suppressing or concealing evidence.

Some of these measures increase an already considerable risk to providers arising from inquests. A conclusion of neglect, for example, means the coroner was satisfied that the death was caused by a gross failure to provide care to someone who cannot provide it for themselves. Such a conclusion will shake the confidence of even the most supportive stakeholders.

There is also an increasing tendency for coroners to give narrative verdicts, where they give a short explanation for the cause of death, rather than the simple conclusion of natural causes. Regardless of their conclusions, the coroner will publicly announce their findings which may be damaging to providers.

It is therefore important that providers obtain appropriate advice where there is a risk of criticism.

‘Some measures increase an already considerable risk to providers’

It is usually − but not always − easy to establish whether there is such a risk by reference to the circumstances of the death and whether the family, regulators and commissioners have expressed any concerns.

If in doubt, it is prudent to speak to your insurers and, in the first instance, have an informal discussion with solicitors who have experience representing providers at inquests.

Regardless of whether you obtain legal representation or go it alone, there are some essential points to bear in mind.

It is important to write to the coroner early to ensure the provider is treated as an interested person because it triggers certain rights, including disclosure and the right to examine witnesses.

Inquests take careful preparation including reviewing all the documents, forming a case strategy, drafting witness statements (where appropriate) and liaising with the coroner’s office.

At the inquest it is important to ask witnesses questions, which reveal helpful information and to make representations to the coroner about the law.

All of this will help ensure that managers and staff feel supported at a time when they are likely to feel particularly vulnerable.

Jonny Landau is a partner at Ridouts LLP, where he advises on all aspects of health and social care law.