Empowering dementia patients and their carers 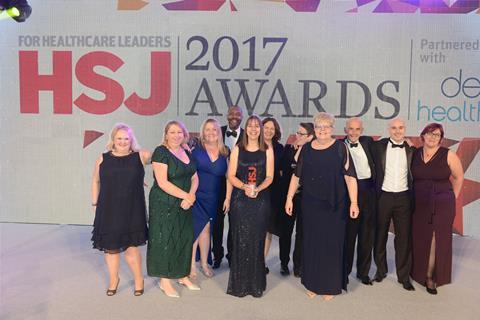 Caring for someone with a long term condition can be a lonely, draining job with little reward. The potential for carers’ own mental and physical health to be affected is well known, and they can sometimes become in need of healthcare themselves.

Increasingly, the NHS and local authorities are looking to commission services to support people in this situation. With money tight, and carers in rural areas often facing particular risks of isolation, this can be a challenge.

Last year Sue Ryder’s project “Dementia Together” won the CCG and local authority integrated commissioning for carers award for work in Suffolk (the award has been renamed for this year as the system led support for carers award).

Plan for the future

The aim of the service was to help empower carers and people with dementia to access the kinds of support and information they would need to plan for the future, avoid a crisis and continue to live well with dementia in their normal residence for as long as possible.

The specification for the service was designed with input from patients and carers at workshops with a strong focus on person centred care and information sharing – with consent – so people did not have to keep “retelling their story” at each step. The focus was not just carers and people diagnosed with dementia but also those where it was suspected or there were concerns about it.

Although the service is led by Sue Ryder, it works with more than 15 partners across the county. A helpline offers a single point of access and key to delivery is a team of dementia navigators to guide people through the system.

Carers and patients are made aware of the different options available to them for support, and are helped to build resilience, confidence and the ability to make decisions about future care in an informed way. Dementia Friendly cafes have been developed.

The service is jointly commissioned by the county council and the two Suffolk Clinical Commissioning Groups, with 65 per cent of the £228,000 cost coming from health.

In the first few months of the service more than 300 people registered for it but since then numbers have soared to 1,200 and show no sign of slowing down. Jo Marshall, neurological centre director, Sue Ryder, says: “It has also been developing in terms of what we are offering. One recent development is that navigators have been doing clinics in GPs’ surgeries.

“What is different about this project is that we are trying to reach people at an early stage when they may just be concerned about their memory. We are able to get in with the information they need and prevent them moving on to other statutory services.”

An interim evaluation has shown very high levels of satisfaction with the information and support being given – and 70 per cent of those who responded said this could help them avoid a crisis.

She adds the team were delighted to win the award. “I did not feel we had a chance so when we were shortlisted it was fantastic. But even down to the night of the awards I did not think we would win.

“Winning the award gave the team a really great boost – they came back with more motivation to do the job.”

What the judges said

The judges were impressed by how a woman with dementia and her husband viewed the service as making them feel resilient and in charge of their future. They liked the way that no one was discharged by the service and it was always there for them. People’s preferences were recognised as well – not everyone wants to be part of a group. There was a real sense of keeping a family together and promoting active lives together. Patients and carers felt they had gained knowledge which had taken away a lot of their anxieties and helped them plan for the future.

What the sponsor is looking for

Jen Kenward, experience of care lead for community, primary and integrated care at NHS England, says: “This award is now in its fourth year and we have had some fantastic winners. There is something about simplicity – we not saying to people they have to change the world with their submission. If you have a really good idea and are able to demonstrate the impact for carers for and the system that it makes, that could be a very strong entry – especially if it is something which could be shared and replicated elsewhere.

“The other important factor is that entries need to demonstrate that they are embedded into the workstream. Having carers’ interests embedded can really lead to transformation of services.”