The Equally Well UK initiative aims to improve the physical health of people living with mental illness through collaborations with organisations across the health system, says Andy Bell 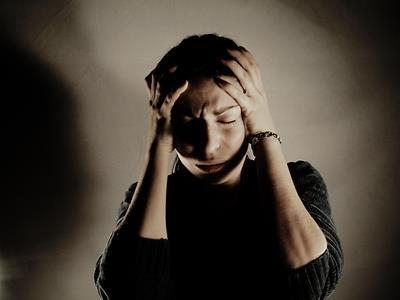 One of the starkest statistics in health in the UK is the 15-20 year mortality gap for people living with a severe mental illness: up to two decades of lost life expectancy.

Rates of diabetes among people with a severe mental illness are about twice as high as for the general population. Smoking and obesity rates are also very high.

Some psychiatric medications can also lead to rapid weight gain and other physical side effects. Without effective help to get or stay fit, to give up smoking, and to spot the signs of physical illness as early as possible, too many people with a mental illness are left to struggle with their health against the odds.

Centre for Mental Health is now working with partners to build a new collaborative to encourage and support action to close the gap. The collaborative builds on an initiative developed first in New Zealand and now beginning in Australia called Equally Well.

The idea behind Equally Well is a simple one: that a person living with a severe mental illness should have the same right to good (physical) health as anyone else; and that achieving better physical health and life expectancy is everyone’s business across the health system.

This includes physical and mental health service organisations; service providers, commissioners, regulators and educators; and non-government organisations and statutory bodies. In short, it encompasses the whole system of health and care.

Improving the physical health of people living with a mental illness is a major theme in the Five Year Forward View for Mental Health, whose recommendations include improved access to physical health checks for people using mental health services.

Many local organisations have already taken action to bring about change in their areas. This has taken different forms, including proactive health screening by nurses working in mental health trusts

Many local organisations have already taken action to bring about change in their areas. This has taken a range of different forms, including proactive health screening by nurses working in mental health trusts and the introduction of “liaison physician” services in psychiatric inpatient wards.

There have been efforts to offer tailored smoking cessation therapy to smokers with severe mental illness and initiatives to improve access to routine cancer screening.

Many of these initiatives are now beginning to make a difference. Physical health checks are now much more widespread in mental health services, for example, and we are beginning to see more data about physical health getting collected and published. But there remain significant gaps in the provision of physical health support and good practice is often limited to individual trusts or teams within them.

The aim of Equally Well UK is to spread and learn from the good practice that already exists, spur on more innovation, and ensure no one gets left behind.

By creating a collaborative that joins together organisations working across the “divide” between mental and physical health, we hope to establish a shared agenda and common language which will be co-produced at every stage between those with lived and professional experience on an equal footing.

We are working closely with Rethink Mental Illness to ensure that Equally Well UK is fully co-produced, building on the knowledge and experience of its members. We are also working with Royal Colleges and other professional bodies to bring the most up to date research and clinical knowledge to the collaborative as well as to link up with their members in the health and care professions across the country.

And in conjunction with Kaleidoscope Health and Care we will establish a learning network among the wide range of organisations that join Equally Well UK to support mutual learning and embed improvement.

We know that there is lots of good practice out there, much of it going on unnoticed. We also know that there is a lot to do to improve support across the board, so that high quality physical health care isn’t left to chance. We hope that organisations across the country will want to become members of Equally Well UK.

This includes providers and commissioners of acute, community or mental health services, universities, voluntary organisations and professional bodies. In September 2018, we will bring them all together to co-create a Charter for Equal Health and for each to make pledges about what they will do to help to achieve it.