Jane Elfer notes that to realise the long-term plan’s ambition of integrating care, paediatric services must be able to support childrens’ mental as well as physical health needs 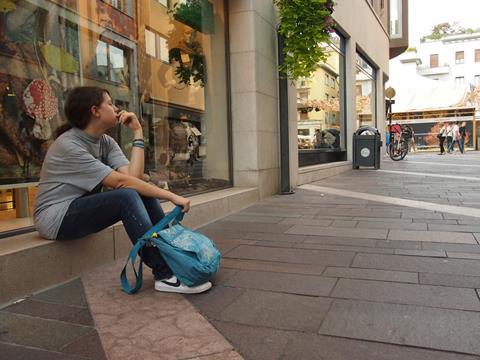 There is increasing recognition of the scale of mental illness amongst children and young people.

The NHS 10-year plan has cast focus on more integrated services to meet the needs of their communities but if they are truly to become integrated we must be able to support the “whole” child, both in body and mind.

Despite the clear connection between physical and mental health, most hospitals have very small psychology departments that are truly multidisciplinary, often just comprising a lone psychologist.

The NHS long-term plan stipulates the implementation of integrated care systems by April 2021 to deliver the “triple integration” of primary and specialist care, physical and mental health services, and health with social care.

A “whole child” approach should be at the heart of this integration.

Studies have indicated that children with physical illness are at increased risk of behavioural and emotional problems and psychiatric disorders.

The failure to provide adequately resourced whole child care in many areas is despite commitments in national policy documents, including No Health Without Mental Health.

This states that, “High quality liaison psychiatry services… have been shown to save money for the NHS by reducing hospital admissions and lengths of stay.

Collaborative care arrangements outside hospital can also improve people’s ability to manage their own health and offer a cost-effective way of joining up mental and physical healthcare for people with long-term conditions.”

I work in the paediatric, adolescent and young adult oncology department in a London hospital, which benefits from multidisciplinary mental health services. We do so much more than provide therapy.

My role as a child and adolescent psychotherapist involves working alongside the medical teams offering support to the children and young people who are diagnosed with cancer.

The impact of chronic illness likewise has a profound impact on the mental health of the child and of course the entire family. A diagnosis of cancer or other serious illness also requires space to be thought about and therapists and psychologists are well trained to provide such support.

Illness may be the only way that a child can express their feelings and if a cause for their ailment cannot be found, for the very real, often painful symptoms, it requires a more considered and careful psychological approach.

The doctors treating these young people need the service to run alongside the physical treatment sometimes to encourage adherence to that treatment, although more often because the emotional impact is so profound.

We provide an important place for the child or young person to speak openly about their fears and sometimes their fantasies of why they have been diagnosed with cancer. They need the space to grieve for the person they had been, even if survival is assured.

A young boy of five was referred to the hospital with gastric symptoms, including frequent stomach pains. These were very real and extremely debilitating and careful investigations were undertaken.

When no physical cause was found a referral to a CAPt was given. As the family story unfolded, it became clear that they had suffered several bereavements.

Following individual sessions the symptoms disappeared. His pain was a physical manifestation of the family’s grief.

Putting words to their feelings individually and as a family enabled them to put words to their sadness but also to experience the importance of talking openly about their pain and seeing that they not only survived but felt a sense of relief.

We provide an important place for the child or young person to speak openly about their fears. They need the space to grieve for the person they had been, even if survival is assured

A patient who I see underwent a bone marrow transplant when he was 19 years of age. He had had one session with me at the time of treatment and stay in hospital, but then reached out again much later on, once he had recovered physically but the psychological impact of his earlier time in hospital weighed heavy.

He says: “Two years after the all-clear from leukaemia I started to have problems with depression. Nearly every day I was thinking about committing suicide. Initially I didn’t want help. But when the bad feelings started to creep in every day and it started to affect my family, I asked my parents for help. I had seen Jane once before for a talking therapy session during my treatment and it had created such a sense of relief in me. So, we contacted her again to start regular sessions with her.”

But cancer is not the only area where space to think, to talk and process feelings and events is required.

We work in the feeding clinics with doctors, dieticians and speech therapists to support mothers and their infants when either the birth has not been straightforward and has had a subsequent impact on feeding and the connection between parents and baby.

The work enables the family to move forward and often saves the baby from developing eating difficulties later.

Parity between physical and mental health

If we are to achieve parity of esteem between physical and mental health, as proposed by NHS England’s Five Year Forward View For Mental Health, hospitals must integrate services effectively.

The proportion of hospital staff with mental health competencies must rise sufficiently in a move towards parity. The mental health services allow doctors, nurses, physiotherapists, OTs and others to do their side of the job, to care for the body.

They also provide some personal support for them too, often just knowing that the psychological pain can be managed and eased and that this in turn can make a difference to the patient’s journey through hospital and ongoing medical treatment.

It gives a message that is so important and so often avoided that painful, difficult and distressing events CAN be thought about and spoken about.

Multidisciplinary work is invaluable and this joint approach is reassuring to patients and allows us to think about children and young people holistically, keeping the mind and body connected.

Jane ElferJane Elfer is a child and adolescent psychotherapist and spokesperson for the Association of Child Psychotherapists (ACP). She began her career as a social worker in CAMHS and her experience in adoption and fostering services led her to train to be a child psychotherapist. She qualified in 2003 and has worked in child and adolescent psychological medicine ever since, specialising in the child, adolescent and young adult cancer service. Jane became an assessor for the Human Tissue authority in 2006 and she completed her professional doctorate in 2017, which addressed the emotional impact on adolescents donating bone marrow to a sibling.