“My experience (in A&E) was awful, frightening. I could see how scared and confused my family were too… Treated like I had done something ‘wrong’.”

This was what we were hearing from our service users. Many people in Cambridge and Peterborough found it difficult to access crisis care and those who did often had poor experiences. 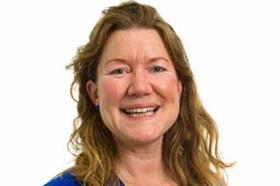 Those discharged from secondary care services felt abandoned. Others were unwell, but not deemed unwell enough to meet the thresholds for secondary care intervention.

Hearing these concerns from our service users prompted us to embark on a journey to better meet their needs by putting them at the heart of developing new services. We did this with the belief that people who use services and who work in them are best placed to design improvements – otherwise known as co-production.

The “Working Well Together” resource developed by the Royal College of Psychiatrists’ National Collaborating Centre for Mental Health and endorsed by NHS England, sets out tips for implementing end-to-end co-production – including commissioning – and practical recommendations to measure the success of the co-production process. 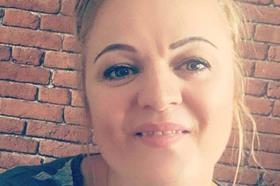 A Service User Network was set up and commissioners made use of public health data to understand the needs of the local population. The network advertised for participants making it clear that no one would be turned away.

The network sought the views not only of people already receiving care but also (and crucially) the views of those who don’t currently receive services. This is even more important in an area like ours which is totally diverse in every sense – geography and demographics.

Involvement could be in person, over the phone, by email or text, we could pick them up, meet them at a local café or come to them at home. To be able to take part some people felt that they needed help with confidence and assertiveness, so we provided training in a range of formats – including Braille and audio support and we also translated the training into relevant languages.

The feedback told us that we needed to design new services for our patients, including a First Response Service for urgent/emergency care. Service users were represented on the Delivery Board

The feedback told us that we needed to design new services for our patients, including a First Response Service for urgent/emergency care. Service users were represented on the Delivery Board, which developed and implemented this community-based 24/7 crisis mental health service.

One element of the First Response Service is the “The Sanctuary” – an out-of-hours crisis support facility open 6pm to 1am daily. Service users designed the entire look and feel of the service.

This included everything from what colour the walls were, the type of furnishings and the support that would be most valuable when people first arrived at the building (a cuppa and someone to talk with came top of the list).

People also didn’t want a formal clinical environment – so no staff name badges was a simple but important feature and staff do not wear shoes to give a living room feel! Some service users have told us that the service saved their life.

Services commissioned based on the principles of co-production have been found more likely to be cost effective, responsive and provide high satisfaction and health outcome rates from people using them, and this certainly holds true in our area.

Our work has contributed to significant improvements in mental health crisis care in Cambridgeshire and Peterborough Hospital.

Acute hospital admissions attributed to mental health have reduced by 19 per cent, accident and emergency visits by 26 per cent and approximately £4m of cost savings have been made which have been used to fund the service long term.

Our area is now recognised as an example of positive practice. Co-production values are central to our services and most importantly people who previously felt services were not working for them are benefitting as a result.

We certainly encountered challenges along the way but found ways to overcome these, “Working Well Together” provides tips for other areas looking to do similar.

Services commissioned based on the principles of co-production have been found more likely to be cost effective, responsive and provide high satisfaction and health outcome rates

To address any concerns around power balance a “respect agreement” was created so that no one felt less important than anyone else, this encouraged open discussions and engagement based on relationships, adding a richness to the conversations.

Involving service users throughout means we have potentially saved time on future commissioning and transformation initiatives because services will more closely meet service user needs, meaning we shouldn’t have to go back to the drawing board because they were found to be unsuitable.

Starting early with co-production and continuing this throughout ensures that value is derived from the process which isn’t tokenistic.

Co-production never ends. We think we are on the right track in our area, and our service users tell us so, but we need to keep on developing our mental health services to meet the needs of our local populations.

As the new co-production tool acknowledges, genuine co-production requires effort, planning and resources. In our words “it’s the doing of it”, and it certainly does pay off.

So our work ahead is cut out, and always will be. Just the way it should be!

Lois Sidney is executive director of the Service Users’ Network.