The cover of the final issue of HSJ of the year, out on 16 December, takes its cue from the year’s biggest film, Star Wars: The Force Awakens. The age old battle between good and dark forces is front and centre, while Han Salford and the leader of a rebel alliance work on their futuristic new model.

But are any characters missing, and what could they be saying to each other? Post your ideas below the line. 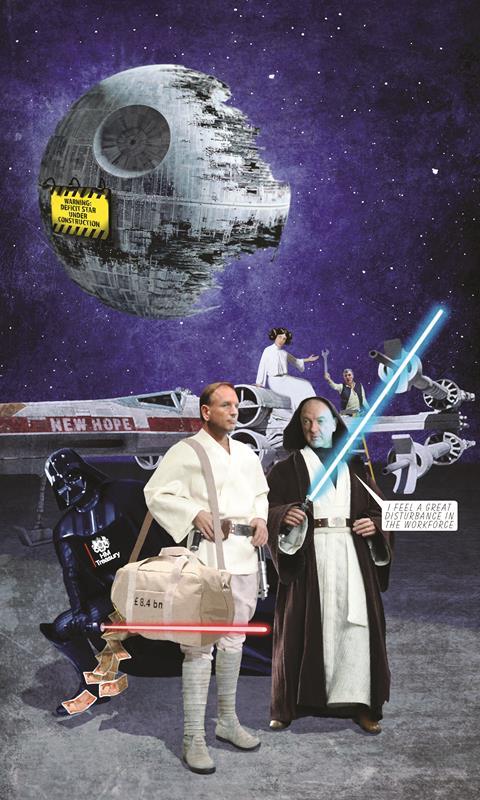