Commissioners in Greater Manchester have agreed to provide £40m of additional revenue funding to the troubled Pennine Acute Hospitals Trust over the next two years.

The provider was rated inadequate by the Care Quality Commission in August and has severe problems in its maternity services. Its senior leadership has been taken over by Salford Royal Foundation Trust as part of its “hospital chain”. 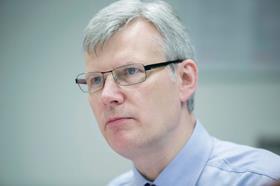 Sir David Dalton, chief executive of both trusts, told HSJ the additional funding would be “enough in the short term to get us on the right trajectory”.

There have been calls for the Department of Health to provide a more substantial support package to support the trust – in a similar vein to that provided to Frimley Health FT in relation to its takeover of Heatherwood and Wexham Park Hospitals FT. Frimley will receive £90m in revenue support that does not have to be repaid, as well as £130m of capital funding.

Sir David said Pennine Acute would receive an additional £20.5m in each of the next two financial years, which replaces the £9.2m of support that was secured for the current year. This extra funding will be part of the baseline income on which further contracts are negotiated.

Sir David said the money would largely come from clinical commissioning groups in Bury, Oldham, Rochdale and North Manchester, as well as from the region’s devolution team. The trust said it would pay for more 300 more nursing and midwifery staff over the next three years, as well as 35 more doctors and 35 more allied health professionals, among other expenses.

Capital funding worth £10m has also been secured, which will enable preparatory work to start for a new high acuity unit at Royal Oldham Hospital, as well as projects at North Manchester General Hospital.

The financial targets and levels of sustainability funding for NHS trusts have not yet been confirmed for 2017-18, so it is not yet clear what Pennine Acute’s efficiency requirement will be compared to this year.

Sir David said the work to develop a hospital chain between the five hospitals in Salford, Bury, Rochdale, Oldham and North Manchester would help deliver the improvement required through standardisation at scale.

He added: “So far we are delivering improvement in a manner which has not required the usual management consultancy, turnaround or legal fees due to the deployment of the group concept and the allocated management support from Salford Royal. This may well offer a blueprint for change across the NHS.”