NHS Improvement has launched a £2m project to see how many patients on trust waiting lists for elective procedures are real people needing treatment and how many have been misrecorded.

The regulator approved the project at its March board meeting and the scheme will see waiting list data validated at 60 providers. 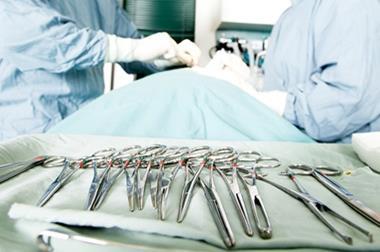 In some cases trusts with large waiting lists will have failed to remove patients who have been treated, in others patients have not been included on waiting lists when they should have been.

Earlier this year HSJ revealed there were thousands of patients waiting more than a year for treatment on the waiting lists of trusts that had stopped reporting data to NHS England.

In response to questions from HSJ, NHS Improvement said the £2m committed to the programme was allocated to trusts on the basis of “how many pathways could be validated, how many could be removed and [an] estimate of its impact on March’s RTT based performance”.

The scale of the validation work is significant compared to the overall cost to the NHS of collecting RTT data, estimated to cost £3m in 2016-17.

On 14 May the referral to treatment time data for March will be released.

NHS performance on waiting times for elective procedures has declined over the past year, with the overall size of the waiting list now above 3.5 million.

Concerns have been raised about trusts gaming the figures and patient harm.

NHS Improvement said the programme would address recording errors that might incorrectly remove a patient from the waiting list or miscalculate their waiting time.

Its statement said: “[Validation programmes] have been shown to address the most common recording errors that relate to incorrectly capturing when a patient has attended an appointment, been discharged, or placed on active monitoring [when a patient receives symptomatic support but not necessarily clinical intervention].

“Where data errors are resolved [providers] will gain a greater understanding of where RTT data validation processes can be improved and will be better placed to treat patients in the right order, and manage and improve operational performance and decision making.”