Pressing ahead: what to expect from the Conservative manifesto on the NHS 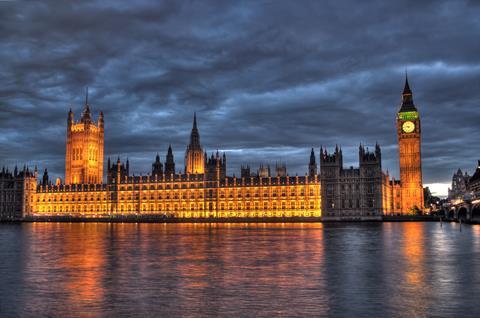 This week is the week when the policies in the Conservative manifesto will be decided.

A small team of Cabinet ministers and advisers will meet and flesh out the key details for what the key policies will be.

Michael Gove and Sajid Javid, given their closeness to the prime minister and their key roles in the Cabinet office and the Treasury are likely to be at the centre of the approvals process; with ministers running the gauntlet and making their final set of pitches for their particular policy areas.

Beyond Brexit, the NHS has been the top priority for the Boris Johnson administration since day one. Pledges for new hospitals, GP access improvements and social care reform on the steps of Downing Street very much set the agenda.

This ‘high press’ strategy of turning existing long-term plan money into tangible benefits to voters, alongside new commitments on hospitals, buildings and equipment (as I have previously noted here) is aimed at turning the natural incumbency of government on the NHS into an advantage.

This is because as HSJ’s editor Alastair McLellan notes on the latest HSJ Health Check if you want to find bad stories in the NHS they are not difficult to come by, particularly running into a difficult winter period (something Alastair again correctly notes the service has not come out of since last winter).

The government has taken the view that it would have to take on Labour on the NHS anyway and as such has decided that offence is the best form of defence to try and balance the stakes. The recent Survation poll showing Boris Johnson was 2 per cent more trusted on the NHS than Jeremy Corbyn shows that this strategy may be working.

Moving into the opposition’s half

The ‘high press’ strategy will see the Conservatives push forward on the NHS into traditional opposition territory in four ways.

The first is positioning the Conservatives as the party of the NHS. This will be done with fanfare and see the NHS portrayed as a patriotic endeavor that is safe under Conservative stewardship (this was a core message of the Conservative party conference platform).

Expect the alignment between the NHS requests for more funding and closer integration of services being supported by the government as key emblems of this. As Richard Murray from the King’s Fund has noted it is the Conservatives who are the only party going into this election not proposing a re-organisation of the service.

Clear lines will also continue to be given on the NHS not being on the table in any US trade talks as part of this approach.

Second is a sense of the government investing more in services that matter to people and their families. The hospitals, scanners, new equipment and technology for the frontline will be used to demonstrate how taxpayers money is going to deliver real service improvements.

MP and candidate literature will include the latest local investment decisions. Alongside this, further action may be taken on access to medicines given the salience of such issues in recent months; partly as a result of the opposition’s radical proposals for a national state manufacturer and use of crown licensing.

The theme here will be to try and ensure that any service pressures or rationing stories in the electoral period are offset by a sense that things are going to improve based on the government action being taken.

Third is spiking Labour’s privatisation rhetoric with tough rhetoric of their own. The secretary of state for health and social care has regularly said he is against NHS privatisation.

What is meant by this, is his support for ‘free at the point of use’ NHS services for patients. Expect the legislative proposals to remove section 75 tendering and ambitions to drive greater collaboration between different bits of the NHS to be used to support this message and seek to downgrade a key Labour attack line.

Fourth and finally is staff. This is rightly and regularly cited as the number one pressure facing the system.

There are no easy and quick fixes to it and the problem as highlighted in Mark Britnell’s excellent book is global in nature. Expect proposals here to focus on more support for student nurses and more flexible roles and routes into health and care services.

More cash to support an effective NHS People Plan will also be committed to.

The first days of the campaign have seen this, with the opposition linking Brexit, Donald Trump and US medicines prices together to repeatedly attack the government on plans for a post Brexit trade deal with the US and the implications for the NHS.

The government has come back with firm rebuttals but has yet to fully close down the issue.

Those involved in the final manifesto discussions this week will be hoping that the document can finally do this and push the government further upfield.