The NHS ignores the law at its peril

The increasing trend of carrying out change in the NHS without legislation to back it up is creating a worrying shortfall of accountability, writes Kieran Walshe 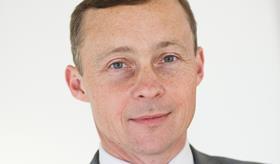 Much has been written about the repeated reorganisations the NHS has suffered about once every two years since the 1980s. These top-down “redisorganisations” have largely failed to deliver their claimed benefits and have usually damaged performance, cost a great deal, and been badly implemented.

Many would point to the Lansley reforms of 2012 as the worst example. The traumas of the passage of the Health and Social Care Act 2012 and its implementation were so great that they seem to have left the current government and NHS leadership with a strong aversion to anything that looks like formal legislative or structural reform.

It might be thought that the resulting moratorium on legislative change would have given the NHS a welcome period of stability, but in fact the pace of change has continued and even quickened

Even though there is widespread consensus that the organisational structure put in place by those reforms is overcomplex, fragmented, and not fit for purpose, there is little or no appetite for revisiting or replacing the act or embarking on any formal structural reform.

It might be thought that the resulting moratorium on legislative change and reform would have given the NHS a welcome period of stability and consistency since 2012, but the pace of organisational change has continued and even quickened over the last year or so.

The difference is that we have now entered a shadowy era of extra-legislative reform, in which changes which might once have been thought to need white papers, primary legislation, statutory instruments, formal public consultation, policy guidance and the like are being enacted rapidly by administrative decree, relying largely on the health secretary’s general powers of direction in primary legislation which give him wide-ranging freedom to direct or instruct NHS organisations to do things.

For example, the NHS has a tariff-based payment system, and the legislation sets out in detail the arrangements for Monitor to oversee and manage that tariff. But increasingly, NHS providers, clinical commissioning groups and NHS England are making “off tariff” deals, and even abandoning the tariff completely for some services or areas.

The legislation sets out complex arrangements for mergers and acquisitions among NHS providers with a duty for Monitor to promote competition, but in recent months, mergers and takeovers of “troubled trusts” have been proceeding apace, without any apparent formal scrutiny by Monitor.

Of course, Monitor and the Trust Development Authority, set up by the Health and Social Care Act 2012, no longer exist except on paper – they were merged to form NHS Improvement, which has no statutory basis whatever.

We also have a host of new ideas with no apparent legislative provision behind them. The new care models programme is experimenting with all kinds of service redesign and integration.

The divergence between what the NHS legislation says, and what the NHS actually does, is becoming so great that much of the Health and Social Care Act 2012 now seems frankly irrelevant

NHS Improvement is promoting the creation of hospital chains or groups among both foundation trusts and non-FTs. NHS England has driven the creation of 44 geographically based Sustainability and Transformation Plans and has appointed STP leads for each one.

In some areas, most notably Greater Manchester, the Department of Health and NHS England are making health and social care devolution deals with local authorities. None of these changes appears in any legislation, and quite a few of them make a nonsense of the Health and Social Care Act 2012 provisions for the tariff, any willing provider, competitive tendering, conflict of interest, and so on.

The divergence between what the NHS legislation says, and what the NHS actually does, is becoming so great that much of the Health and Social Care Act 2012 now seems frankly irrelevant.

But there are serious problems with this kind of hyperemergent, extra-legislative change.

We have legislation for a good reason. If statutory organisations like NHS trusts don’t fulfil their legislative responsibilities they can be held to account, through Parliament and its select committees, and through judicial review in the courts.

It is getting difficult to work out where accountability lies, who’s in charge, and whether organisations are doing their job properly. Due process becomes much harder to define and assure. For NHS boards, there is a potential conflict between their statutory duties as a board and an organisation, and some of these changes which require them to cede autonomy and authority to new organisational forms (like STPs) which have no formal existence.

In the absence of clear rules and explicit processes for governance, personal and political relationships and power become much more important. There is a risk that powerful individuals – senior NHS leaders for example – are able to exert a lot of indirect influence behind the scenes, and that lobby groups and sectional interests take advantage of their advantageous access to politicians and senior leaders to get their own way.

Decision-making is likely to become less transparent. Public consultations, board meetings and formal, open ways to make decisions and to challenge them are likely to be replaced or subverted by backroom deals and horsetrading.

When much is being done through the health secretary’s general powers of direction, hierarchical, administrative decision-making is likely to result. Much has been made of the advantages of local autonomy in the NHS for NHS providers and commissioners, but because these new arrangements depend so much on the Department of Health or NHS England’s agreement or permission, they are bound to be a powerful lever for centralisation and control.

It may be politically and managerially convenient at the moment – in the midst of the greatest financial crisis the NHS has ever seen – to ignore the legislative niceties of the Health and Social Care Act 2012, and just get on and do things that need to be done. But it is not without its risks.

Imagine how a future public inquiry into a major failure in care like mid-Staffordshire might deal forensically with the muddled accountability and administrative complexity of the NHS today. Sooner or later, government is going to have to get to grips with rewriting NHS legislation to reflect the realities of the NHS.

Kieran Walshe is professor of health policy and management at Manchester Business School. He is also associate director of the National Institute of Health Research health services and delivery research programme.