A new deal with the public

It’s time to revisit what people can expect from the NHS and what their obligations are in return, writes Chris Ham 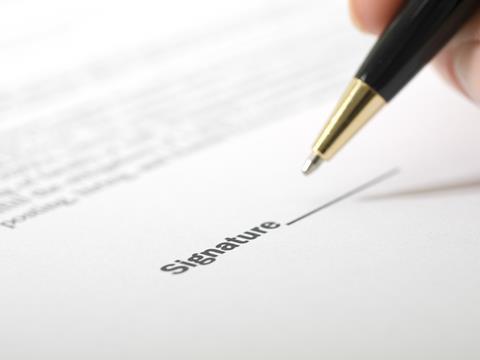 The 70th anniversary of the NHS is an opportunity to reflect on its enduring popularity and to revisit the implicit “deal” – what people can expect from the service and what their obligations are in return – between the public and the NHS.

In place of fear

Nye Bevan spoke of the sense of serenity that occurs when people are freed from the fear of having to pay for medical care. With patient charges comprising a tiny proportion of NHS funding and international surveys showing that the UK performs better than other countries in enabling people to access care without having to worry about paying, Bevan’s wish has been fulfilled.

The founding deal assumed that patients should receive a standard response to their needs. Changing expectations and the rise of individualism have challenged this notion, and more attention has been given to treating each patient as a person with distinctive needs. Personal health budgets are one way of doing this and shared decision making between patients and clinicians is another.

The role of rights and responsibilities

The slow but steady decline of deference and the rise of consumerism across society has led to greater interest in patients’ rights, as reflected in the Patient’s Charter and the standards included in the NHS Constitution. There is a parallel narrative about our responsibilities as patients and citizens, encompassing what each of us does to maintain our health and wellbeing with support from the NHS and others, and what this means for how we use services.

Derek Wanless argued that the public needed to be “fully engaged” in taking responsibility for their health and wellbeing if the NHS was to be sustained as a universal, comprehensive and free at the point of use service. Although some progress has been made in improving population health, growing concerns about overweight and obesity and other risk factors show that we are a long way short of engaging people fully in this work.

In the run up to the 70th anniversary, we have run a series of deliberative events with Ipsos MORI to understand the public’s views on the changing relationship with the NHS. The findings show that as a society we believe the founding principles are as relevant today as they were in 1948 and that everyone should play a part in using services appropriately and keeping healthy. There is also support for an explicit deal between the public and the NHS setting out what this means.

Improving the population’s health will not be achieved through the nanny state or by blaming people for not taking responsibility for their health. The emphasis must be on people and communities and harnessing their power alongside that of public agencies as part of a new deal

One way of giving practical effect to the deal would be for every general practice to define the rights and responsibilities of patients when they register. This could be based on a national framework and tailored to the needs of individual practices and their populations. The deal would be developed by engaging with people and listening to their concerns about what matters to them. It would cover the full range of services in primary care and beyond.

The new deal needs to be clear about our responsibilities in keeping healthy. Tackling health challenges like overweight and obesity depends crucially on supporting people to take exercise and change their diets. Politicians must be willing to work closely with communities in addressing these and other challenges, as well as to act through legislation and regulation.

The experience of Wigan – where the council has defined its deal with the public through the Healthier Wigan Partnership – shows how this can be done. The work of the partnership includes early intervention with children, support for troubled families (which Wigan prefers to refer to as confident families), and initiatives to combat loneliness and provide food to low income families.

Council leaders in Wigan focus on the assets of their population and collaborate with many other agencies in the public and third sectors to deliver their side of the bargain.

Wigan is one of the examples cited in Hilary Cottam’s new book, Radical Help, of how public services can better support people with complex needs. Cottam argues that the welfare state will not succeed in tackling today’s social problems by relying on traditional public services, however well intentioned. Drawing on her experience of developing alternatives in healthcare and other sectors, she makes a powerful case for growing capabilities in communities and understanding that relationships are the foundation of good lives.

Improving the population’s health will not be achieved through the nanny state or by blaming people for not taking responsibility for their health. The emphasis must be on people and communities and harnessing their power alongside that of public agencies as part of a new deal. Recognising that health and wellbeing are everybody’s responsibility should underpin the new 10 year NHS plan.

The public and the NHS: What’s the deal? was published by The King’s Fund.