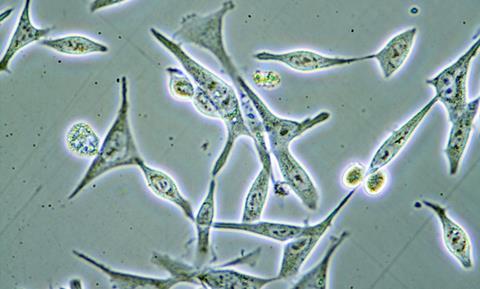 Men with suspected prostate cancer often face invasive biopsies with a significant risk of complications and the possibility that something serious may still have been missed.

A new pathway – being introduced across much of London – is reducing unnecessary biopsies, offering men reassurance that nothing is wrong at an earlier stage while also identifying more serious cancers, and is expected to be cheaper at a time when referrals for suspected cancer have increased significantly.

The RAPID pathway won the HSJ award for acute sector innovation after judges heard how it reduced waiting times for men referred with suspected cancer. MRI imaging before a decision is made on biopsy means that a third of men can be discharged the same day.

Where biopsies are needed these are done through the skin rather than the rectum and utilise 3D MRI images to pinpoint suspicious areas. More significant cancers are being found earlier.

The pathway has considerably reduced the time taken for men to progress through the system. The average time from referral to MRI scan has halved to 11 days, with the number of men who then require a biopsy reducing by between 46 per cent and 61 per cent. Nearly 85 per cent of men are informed of their diagnosis within 28 days – before the pathway was introduced no one got their results within this time. The time between diagnosis and start of treatment has reduced by 10 days.

The financial evaluation of the project is still underway but it is likely to show a reduction in cost per referral from fewer biopsies. That’s important as many areas are seeing significantly increased referrals, partly as a result of the publicity around high profile cases of prostate cancer. Writer and actor Stephen Fry and weatherman Bill Turnbull have both spoken about their diagnosis and treatment – leading to more men coming forward for screening.

Project manager Liz Pegers says the immediate impact of this was a 100 per cent increase in referrals and although this has now settled down it is still higher than the original baseline. “We want people to come in early to access investigations, so we can pick up their cancers earlier and survival is more likely,” she says.

“The key with this project was to get everyone involved right from the beginning,” says Professor Hashim Ahmed, clinical lead for the project. The introduction was phased with the expectation that it would need refining and the team would learn from what went wrong, he says.

“The complexity with delivering a simple pathway was that we had to get the radiology department to give us allocated time slots.” These slots would then be filled but possibly not until 48 hours before. At a time when capacity is stretched, this was a big ask – but the only way to deliver the service.

The RAPID project has involved the three pilot sites sharing best practice and experience, joint training days and networking to implement a change in the pathway. Within a year of clinical research which highlighted the need for change being published, the new pathway was implemented at the three sites and it is now being pushed out to others. Specialist equipment for the new type of biopsy was procured across the network at a discount from list prices, with the RAPID sites now acting as training hubs for other users.

RM Partners had led on a successful bid to NHS England to develop and implement the RAPID model but the work involved engaging with key professionals across the area.

Ms Pegers says the experience of winning “has just been amazing and is recognition of all the hard work everyone has put in. It has helped to galvanise the team who worked on the project.”

“It has really given us a good platform to say that what we have done is successful and that it is the right thing to be doing – and to cement our place as a really successful cancer alliance.”

The award has helped to “sell” the approach to other people – it has been contacted by other cancer alliances in the last few months, some of them as a result of the HSJ award. The approach is one of several options for improving prostate cancer services but Ms Pegers suggests the HSJ award has “added more weight” to it.

“People want to be part of it – that is the momentum that grows around this sort of thing. Part of it is winning the award and part of it is a sea change towards prostate cancer.”

Professor Ahmed says: “The award was at exactly the right time with the Stephen Fry and Bill Turnbull effect. All trusts struggled with that increase, but those with a resilient system in place coped with it better.”

The judges were clearly impressed by the patient focus of the entry and commented “Impressive presentation/proposal. Speed from research to implementation was very good with great potential for spread.”

Ms Pegers believes it is a model which can be introduced in any area – provided the will and the logistics to do more MRIs and change the type of biopsy are there.

The 2019 HSJ Awards are now open for entries. For more information on the Acute Sector Innovation Category visit https://awards.hsj.co.uk/categories