Rewrite the script for non-medical prescribing

Prescribing status is soon to be conferred on podiatrists and physiotherapists. Obi Peter Adigwe and Barry Strickland-Hodge look at how the system should be refined first 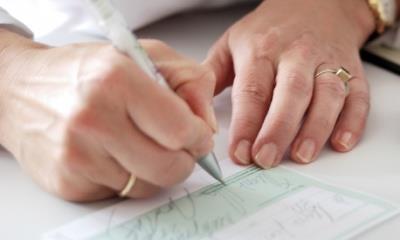 Nurses and pharmacists became the first major groups to achieve non-medical prescribing status and evidence suggests that the objectives underpinning this policy reform are being achieved.

A comprehensive evaluation of nurse and pharmacist independent prescribing in England revealed non-medical prescribing was safe and clinically appropriate. Also, nurses and pharmacists associated their prescribing practice with improvement in their professional development, job satisfaction and better interdisciplinary relationships.

Patients and service users were identified by the government as major beneficiaries of the policy. From their perspective too, the evidence suggests positive outcomes. Studies showed that patients were able to identify the unique skills non-medical prescribers brought to the way their care was provided and confirmed as positive and satisfied with their prescribing experiences.

There were limitations however, in the way that the non-medical prescribing policy was implemented for nurses and pharmacists. Shortly after the introduction of the policy, it was revealed that close to 50 per cent of pharmacists and 25 per cent of nurses in their respective cohorts had not started prescribing more than six months after qualifying. This suggests that the systems in place when these cohorts qualified were either not adequately developed or not conducive for them to begin their practice immediately.

Five years on, the evidence suggests that more still needs to be done to achieve safe and supportive environments for non-medical prescribers. For instance, pharmacists who prescribe continue to make significant personal sacrifices to maintain the necessary level of competence required to practice. This is linked to the lack of clear guidance for employers regarding support for continuing professional development.

Recently, health minister Lord Howe provided details regarding proposed changes in the law which will allow physiotherapists and podiatrists to prescribe. The proposed legislation builds on the original principles cited when non-medical prescribing started. This includes improving healthcare access and choice for patients while also ensuring that healthcare professionals’ skills were used more efficiently and collaboratively within the NHS.

To ensure efficiency and safety in the process, several issues need to be addressed

There is no doubt that this new change in legislation may improve patients’ access to healthcare. However before the proposed amendments to legislation begin next autumn, to ensure efficiency and safety in the process, several issues need to be addressed.

Where possible, systems should be put in place before individuals qualify so as to ensure that they can prescribe once their training is concluded. Robust CPD resources will have to be designed to ensure that physiotherapists and podiatrists will be adequately supported in their prescribing in terms of knowledge as well as in the way they acquire and maintain relevant skills.

These resources have to be tailored to address specific deficiencies that may exist as a result of their professional background and should be made easily accessible. Finally, patients and service users need to be engaged at all levels of the policy making and implementation. This will facilitate their awareness regarding the skills of physiotherapists and podiatrists and how these skills can contribute to the way patients receive their medication.

There are undoubtedly other important issues to consider, but from our point of view, these will help ensure a safe and supportive prescribing environment for physiotherapists and podiatrists, if the proposal succeeds.

Dr Obi Peter Adigwe is a researcher and Dr Barry Strickland-Hodge is director of the pharmacy, radiography and health science academic unit at Leeds University the school of healthcare,