The CQC’s new hospital ratings system is inconsistent and the provider handbook needs to provide clearer guidance about how they work, says Neil Grant

On 9 April, the Care Quality Commission issued for consultation its provider handbook for NHS acute hospitals. The consultation runs until 4 June.

The major change being consulted on is the new rating system for NHS hospitals. The shadow ratings that are currently being awarded will be replaced by full ratings from October. What is not in dispute is the need to inspect and report on NHS hospitals in a thorough and fair manner, while providing the public with a means of understanding how well their local hospital is doing relative to others.

The problem is that NHS acute hospitals are large, complex organisations in which standards can and will vary from service to service and from day to day.

A rating system might just about work for a care home but how can you implement an effective rating system for an acute hospital trust? With considerable difficulty is the answer. The CQC proposal includes six levels of ratings generating multiple judgements.

Each NHS hospital providing all eight core services will be awarded 54 ratings.  At the trust level there will then be a further five ratings culminating in an overall rating of “inadequate”, “requires improvement”, “good” or “outstanding”.  An acute trust with three full service hospitals will have a total of 167 ratings that will somehow translate into an overall trust rating. 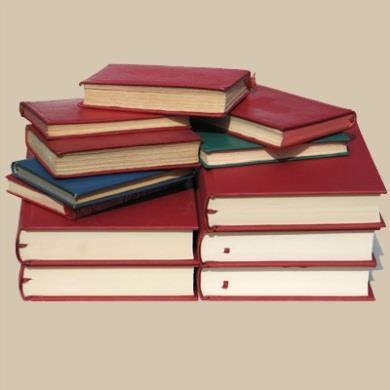 The CQC has tried hard to present a workable rating system but close scrutiny raises more questions than answers. When the handbook talks about inspection teams following “an algorithm.. to ensure consistent decisions” you know it is going to be a challenging read. In fact, all it means is a set of principles will “normally apply”.

Inspection teams will balance the algorithmic approach “using their discretion and professional judgement in light of all the available evidence”.

There appears to be a degree of confusion on the part of the CQC about its approach to ratings given that it says in its report: “Our new approach to the inspection of NHS acute hospitals [published on 6 March 2014 in relation to shadow ratings] note that our approach to ratings uses judgement in aggregating ratings, rather than adopting an algorithmic approach.”

‘When it comes to publish the final version in September, the regulator really does need to set out the guidance clearly and succinctly’

What the regulator appears to be saying is that it will apply some general rules on ratings but judgements will inevitably have a subjective quality to them. That is only being honest, and there is much to be said for avoiding arbitrary schemes that produce nonsensical results.

However, the consultation document does not instil confidence that the CQC has a firm handle on how ratings will be applied. Vague and impenetrable statements are made about the rating system without any clear exposition as to how a rating at a particular level might be arrived at.

There are some high level key lines of enquiry but nothing specific about the eight core services. When it comes to publish the final version in September, the regulator really does need to set out the guidance clearly and succinctly.

The King’s Fund and Manchester Business School published a report in March that discussed the impact of the ratings system in the first and second wave of inspections. They commented on the fact that there has been “relatively little guidance in the inspection framework on how to arrive at these judgements and ratings” concluding that “the process of reaching judgements and assigning ratings was largely implicit”.

Ratings lacked consistency as “domains and grade descriptors were interpreted differently within and across inspection teams”.  It is little wonder that the CQC has put in place a “national quality control and consistency panel” to review ratings in draft inspection reports to try to achieve a degree of consistency.

First and foremost there needs to be a genuine review structure to challenge unmerited ratings. The CQC says there is to be a rating review process so the sector should not fear an unaccountable regulator.

‘Prepare for the inspection, watch out for the draft report and take action as necessary’

However the reality is very different. The first point to note is that the rating review process will only be available to a provider after publication of the inspection report and following a quality summit at which a high level action plan will have been discussed and thrashed out.  With some justification, a chief executive might say it is not worth challenging a report that has already been placed in the public domain.

Second, a review can only consider cases where the inspection team has failed to follow published policies and procedures and even then only ratings in relation to levels 1, 2, 3 and 4 (at the hospital level) not levels 5 and 6 (at the trust level). A trust, therefore, cannot challenge ratings on their merits or at trust level, based on the current proposals. How can this represent a fair and accountable review mechanism?

So how should acute providers respond? We would highlight the following:

It is apparent that the CQC, Monitor and the NHS Trust Development Authority are working closely together in fulfilment of the shadow “single failure regime”, which will become statutory once the Care Bill becomes law.

More services than ever before are being placed in special measures. CQC chair David Prior recently went so far as to say that up to 30 trusts might end up in special measures. What the CQC says will be treated by Monitor and the TDA as the “single version of the truth”.  The stakes are higher than ever.

Providers should not be lulled into a false sense of security that ratings can be challenged at the end of the process when the report will have been published and damage done to the reputation of the trust and its senior officers.

Prepare for the inspection, watch out for the draft report and take action as necessary. Your future and that of your services may depend on it.

Neil Grant is a partner at Ridouts LLP