The King’s Fund set out to establish exactly what lessons might be learned from the radical transformation of mental health services over the past 30 years. By Edward Peck 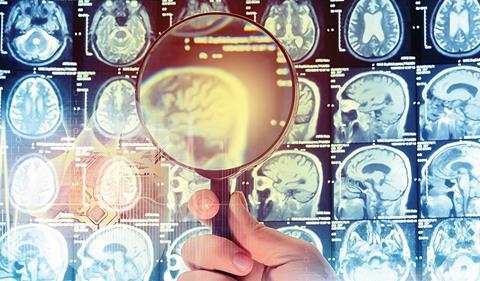 Mental health services have gone through a radical transformation over the past 30 years.

Care based in large institutions has been replaced by a model of support in community settings underpinned by multidisciplinary mental health teams with access to specialist hospital units for acute admissions and smaller residential units for those requiring long term care.

Some commentators have drawn parallels between the process of transformation in mental health services and what is now seen as necessary in other parts of the health system. However there has been little detailed exploration of how far that comparison is valid.

Prompted by the London Mental Health Chief Executives Group and the Association of Directors of Adult Social Services in London, the King’s Fund set out to establish exactly what lessons might be learned, drawing together users, managers and clinicians who have played major roles in the move from hospital to community care.

This analysis could not be more timely. There is consensus that enhanced forms of primary and community care are necessary to meet the challenge of an ageing population with rising rates of long term conditions and the limited success bringing about large scale change has been acknowledged.

The full report tracks the ebb and flow of the development of mental health services over three decades. Here, however, we will focus on the early stages of the reform and the messages that emerge.

First, one of the important factors that enabled the transformation of mental health services was the strong concern in the 1970s and 1980s about patient neglect and mistreatment in the increasingly isolated asylums shown by professionals, the public, service users and carers.

They were raised, for instance, in widely publicised reports of inquiries into proven abuse, much like the ones that have appeared recently in relation to acute hospitals. The experience of mental health services is that it is important to have a compelling and well communicated narrative underpinning change. One that goes beyond clinical issues to connect with political and emotional factors.

However, the evangelism of the advocates for new ways of working must also keep an open dialogue with reluctant clinical colleagues. Only much later did it become apparent that some of their reservations were warranted and the early ambitions of some of the evangelists were unrealistic.

All these initiatives took place alongside the introduction of new drug treatments but it would be misleading to suggest that these alone drove change; at most they were a necessary but not sufficient condition.

It was often the clinicians prepared to seize opportunities that created the momentum for change. At the same time, it should be noted that new settings for the delivery of care do not of themselves stimulate new service cultures. There are many stories of socialised professional behaviours, including the asylum continuing into community settings and de-institutionalisation becoming re-institutionalisation.

During the 1980s more significant innovations in service delivery started to be reported in journals and at conferences. These included community mental health teams began coordinating multidisciplinary care for patients from a defined geographical area; assertive outreach provided enhanced case management and intensive support to people living in the community with complex needs; and crisis resolution and home treatment teams provided time limited enhanced support in people’s own homes in order to prevent admission and facilitate early discharge from hospital.

Implemented as a coherent whole, these innovations transformed the experience of many service users.

These models suggest new ways of thinking about medical care – particularly the vertical integration of services including community care, inpatient provision and social care support under the umbrella of a single organisation. If the mental health approach is followed, this would also engage expertise from independent and voluntary sector organisations.

From this third theme, one stark warning emerges: not to slip into viewing primary care as part of the problem rather than part of the solution.

Community mental health teams became open to self-referral, for example, which sent entirely the wrong message when GPs deal best with the routine medical problems of psychiatric patients and the overwhelming majority of patients with mental health problems.

In many locations these novel interventions were brought together into integrated patterns of care, typically drawing together doctors, social workers, nurses and managers who collaborated as leaders.

National development agencies supported some localities to create distinct models for distinct circumstances. However, other localities only achieved partial implementation and a few did little or nothing.

In due course, the Department of Health decided that the success of some could be turned into the prescription for others: the national service framework for mental health. Regrettably the template that was a force for good became a straightjacket over time, stifling further innovation.

The care programme approach further formalised this coordination to ensure patients’ needs were adequately assessed. Each patient received a named care coordinator and an individualised care plan providing a basis by which services could be sourced from a range of specialist providers.

Clinical leadership of community mental health teams was typically vested in consultant psychiatrists, but other professionals including social workers took on the day to day management of the teams.

This produced growing confidence among non-medical professionals. There was, however, resistance from some psychiatrists as a result of the challenges to their traditional responsibility for admission, treatment and discharge represented by other professions. Others found themselves overqualified – and overpaid – for some of the tasks that team working demanded of them.

Finally, financial models that support change have accompanied most major transformations in mental health services. Concerns around the moral and therapeutic aspects of the slowly emptying asylums were augmented by the belief that they were financially unsustainable.

As part of the programme of closure, senior NHS and local government managers were required to develop a financial plan, typically covering a five year period and containing detailed projections of the money to be released from ward closures and land sales, reinvestment capital from the NHS capital programme and new sources of funding (for example, benefits to be claimed by housing associations for discharged patients).

The asylums rarely closed in five years and frequently struggled to deliver the revenue savings and capital receipts anticipated. The lesson learnt was that it is important to invest in new capacity before existing capacity can be closed and this requires a system-wide approach to change.

It is possible to push the analogy between mental health and physical health services too far.

Most obviously, patients in the acute sector have a much broader range of conditions, and the number of staff and services that need to be reshaped is greater than in mental health services.

Overall, there are clearly messages here that can both inspire and instruct those leading the forthcoming changes in how to treat complex and long term medical conditions.

Nonetheless, the compelling and increasingly well communicated narrative that the current acute hospital model is neither clinically optimal nor financially viable now needs to be followed up with a programme of change that will both draw on, but dwarf, the change in mental health.