Could the NHS make greater use of remote testing?

A recent HSJ webinar, supported by Medichecks, considered whether it’s viable for more patients to collect more samples remotely for subsequent analysis in laboratories – and what impact such a move might have on patients and services. Claire Read reports 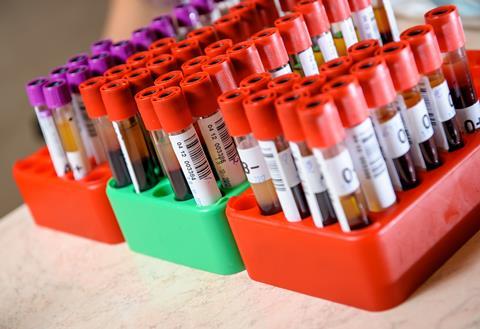 Mike Osborn says there is often a paradox about new pathology tests – that when they are created, they often don’t wholly replace previous tests. “Clinicians usually want the old data they could get as well as the new,” says the current president of the Royal College of Pathologists. The result: each year, he and his colleagues are called upon to analyse more samples than the previous one.

“Test numbers increase over time – the number of tests available in the 1970s is a fraction of the tests around now – and that’s fantastic, because the diagnostic capacity of our clinicians really increases, but it also means there’s an increased workload for pathologists.”

And, in turn, that more patients need to travel more frequently for the likes of blood tests. Against the backdrop of the pandemic, that is particularly problematic for those patients who are frail or immunosuppressed. It’s also the case that, in the past two years, home PCR testing has highlighted the potential advantages of the NHS increasing remote collection of samples for laboratory-based tests.

So could the NHS make greater use of remote testing? That was the question at the centre of a recent HSJ webinar. Supported by Medichecks, it considered whether supporting more patients to collect more samples remotely for subsequent analysis in laboratories was viable.

Professor Osborn characterised more remote testing as “something that is very, very tempting. And I think it’s something our members would embrace, if it is done properly and the technology is there to support it”.

His point was echoed and reinforced by David Wells, chief executive of the Institute of Biomedical Science and the former head of pathology at NHS England. “We’ve seen in covid that people are now more than happy to undertake a test on their own, rely upon those results and access healthcare in different ways according to the results of those tests,” said Mr Wells.

But, he said, that related to a discrete condition in which testing was the access point to services rather than being a means of monitoring someone. “When we start moving into patients who perhaps have long-term conditions such as renal failure, having a reliable result that you can absolutely depend upon becomes very important,” he stressed. “So when we move into getting that out into patients’ hands, we mustn’t lose the quality, the rigour, the validation.”

“We’ve seen in covid that people are now more than happy to undertake a test on their own, rely upon those results and access healthcare in different ways according to the results of those tests”

Finding patient-facing testing technology that works is an area on which Weizi (Vicky) Li and her colleagues are particularly focused. She is associate professor of informatics and digital health at the University of Reading’s Henley Business School, but also serves as principal investigator and network director of Future Blood Testing Network Plus. This Engineering and Physical Sciences Research Council-funded project unites a number of academic partners to explore technology that would make it possible for patients to remotely collect blood samples for a wider range of conditions.

“One of the challenges we have been talking to our clinicians in our network about is that, although we have a lot of the point of care devices, most of the time the technology can only detect one single biomarker,” she says. “But if you have chronic disease, you might need several biomarkers to be monitored together. This is a key technical issue we have been discussing in the network.”

Even so, simply the ability to collect at least some samples remotely could make a big difference. Sam Rodgers is a practising GP in south east London, and says he often has patients “deferring healthcare” because they are unable to leave work for appointments.

“I see this time and time again, and it is typically people who are in jobs that it is difficult to get away from – so zero hours workers”. Add this large group to the physically frail and those with compromised immune systems, and he argued you see the potential for remote testing.

“I think the possibility of being able to offer testing in someone’s home for those groups is potentially really powerful,” he said.

Indeed, his belief is strong enough that Dr Rodgers also serves as chief medical officer at Medichecks – a company making it possible for patients to collect their own blood samples at home to be sent off for laboratory analysis, or having a nurse sent to someone’s home to collect samples.

During the pandemic, this sort of approach hasn’t only made diagnostics easier. It’s also supported more effective blood and plasma donation, via work with Medichecks. Dave Roberts, medical director for pathology at NHS Blood and Transplant, explained that the organisation had used remote testing “to pre-screen people who have registered an interest in donating blood, to try and prioritise people with an especially valuable blood group”.

The approach was also used for early phases of covid research. “We were conducting large-scale trials involving many thousands of people who were hospitalised with covid receiving convalescent plasma [in which patients received a donation of plasma from someone who had already recovered from covid-19, with the idea being this would bolster antibodies].

“While many people registered an interest in donating plasma, we could only really take from those people who had the highest titer plasma [so the plasma with the highest number of covid antibodies]. So you can see immediately in both these circumstances, there’s a huge advantage to us in getting effective pre screening.”

According to Professor Roberts, “there was high uptake, good completion rates and high acceptance” of this remote testing. With the right support, he said, “people are able to do this” – and that potentially opens up a range of areas in which remote collection of samples could be pursued and helpful.

If you had previously registered as a viewer for the event, visit here or check your email for the link to the recording.