One care framework has proven that it might make more financial sense to fund effective treatment for obesity rather than measures to prevent it, explains Matthew Capehorn 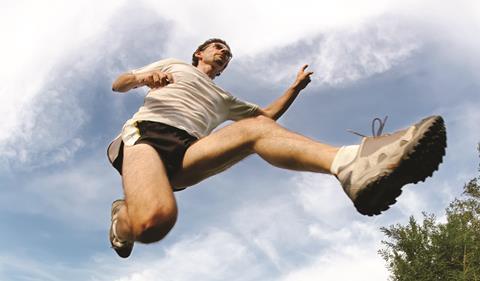 The prevalence of obesity is rising and projections in the Foresight report on tackling obesity suggest that by 2050, 50 per cent of adults will be classified as obese by body mass index, with the direct and indirect costs of the condition totalling an estimated £49.9bn per year for the NHS.

Furthermore, the National Child Measurement Programme for 2011-12 showed one in four (23 per cent) children aged 4-5, and 34 per cent of children aged 10-11 are overweight.

This is of concern, not just because of the immediate risks to health for these children, but also because evidence suggests obese children have a high risk of becoming obese adults. Unless all of the different factors involved in the cause of obesity are targeted, we will not begin to tackle this epidemic − this will require planning and resources.

Common sense might suggest a need to focus on prevention but the evidence base for effective preventative measures does not exist. Despite this, considerably more money is currently spent on prevention of obesity than its management, even though there is evidence that treatment interventions work and convey health economic benefits, and that we can have effective weight management services in a primary care setting, where they are needed.

Rotherham was the first area to have a comprehensive and fully integrated healthy weight framework, made up of public health initiatives and several tiers of interventions.

These interventions include community weight management programmes and those carried out at the Rotherham Institute for Obesity, a specialist centre for severe and complex obesity, which runs residential weight management camps for children who are morbidly obese and offers access to bariatric surgery to adults for whom it is appropriate. The framework won the overall 2009 NHS Health and Social Care Award for Excellence in Commissioning.

The initial level of intervention, most often carried out in the primary care setting, involves identifying patients who have weight problems and are motivated to change − especially those with medical conditions that are likely to worsen with increased weight.

The second level is a community based, time limited weight management programme of diet, nutrition, lifestyle and exercise advice delivered by trained staff. Patients can be referred or self-refer to these services.

‘Of the patients who completed the weight loss programme, 93 per cent lost weight and 66 per cent met or did better than their targets’

In the third stage, patients who do not meet their healthy weight targets in a community weight management programme, or those who are considered to be more at risk of comorbidities or require more specialist intervention, are referred to the institute, which offers a multidisciplinary team of specialists and facilities providing different approaches to weight management.

A GP or bariatric physician is available for any medication issues and further interventions such as residential camps or bariatric surgery, as well as the supervision of specialist diets such as liquid low energy diets or very low calorie diets, which have been used with great effect.

Lastly, for those patients considered appropriate, further interventions are funded. In the case of children who are morbidly obese, this includes residential weight management camps offered by More Life in Leeds; for adults it may include bariatric surgery, which is now commissioned by NHS England.

Just the work of the Rotheram institute alone has resulted in the weight of the town’s population being 18 tonnes lighter in the few years since the service was commissioned across the whole town.

In addition there have been fewer health problems, fewer medication prescriptions, a fall in those on benefits, a reduction of over 50 per cent in the anticipated numbers needing expensive and invasive bariatric surgery, and improvements in quality of life as a consequence.

A published audit of two years’ data showed that of the patients who completed the six month weight loss programme, 93 per cent lost weight and 66 per cent met or did better than their weight loss targets, with weight loss results of up to 29 per cent of the original starting weight.

The model is cited by the National Obesity Forum as an example of best practice and has been copied in other areas such as the Fakenham Weight Management Service. However, the main barrier to this being copied elsewhere and rolled out nationwide is funding.

Local councillors will have their own targets and pressure to meet budgets and there may come a time when they choose not to invest in evidence based weight management services, even if they appreciate that in the long term it will save the NHS money.

One solution would be to ringfence central government funding for weight management services − and the amount is not as much as might be expected. The award winning service in Rotherham cost less than £1m for the population of 256,000 people.

If similar services were rolled out nationwide, a total cost of £240m could be expected. Some may think that in a recession we should not be investing £240m in anything, but if there is a chance it could reduce the £50bn per year costs expected from obesity by 2050 then it is a drop in the ocean − and an amount worth paying.

Furthermore, this is a perfect example of how money can save lives − by spending it on evidence based services that will improve the health of the nation and reduce the health burden on the NHS. This is a better use of taxpayers’ money than assessing whether GPs have compassion, which was an initiative announced recently.

It is time we took examples of best practice and provided the resources to replicate what works to treat obesity, rather than chase our tails treating the consequences of it.