How to harness the power of the crowd

Social media can advance healthcare through much more than simply allowing patients and carers to share information and experiences. Paul Wicks guides you through the tools that can make a difference 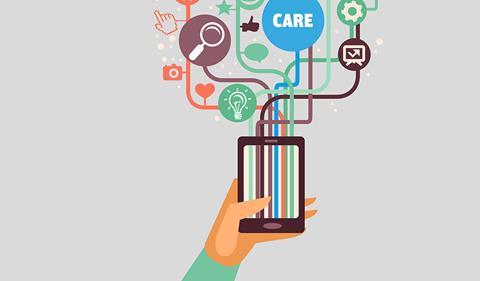 In his excellent biography of cancer, The Emperor of All Maladies, Siddhartha Mukherjee recounts the story of Fanny Rosenow, an advocate of breast cancer in the 1950s who had undergone a radical mastectomy.

She had already made one other friend who had undergone the same procedure, and wanted to help others realise the benefits of this additional form of social support – peer support from someone else who has gone through a similar experience, regardless of whether they are a relative or were a friend before illness occurred.

When she rang up The New York Times to post an advertisement for a breast cancer support group, the editor turned her down because both the words “breast” and “cancer” were forbidden to appear in print in their newspaper. They instead suggested she might announce a “meeting about diseases of the chest wall”, to which Ms Rosenow put down the phone.

Tools such as Thunderclap can help spread messages quickly

As early as the 1980s, patient advocates had been supporting one another by using bulletin boards like The WELL, one of the oldest virtual communities, best known for its internet forums. In the following decades, as internet access expanded to beyond hobbyists and technical specialists, communities formed around email discussion lists (such as the Association of Cancer Online Resources) and online discussion forums (like BrainTalk for neurology).

For me, as a health researcher, most crucially, there has been a white-hot spear tip of innovation led not by industrial giants, universities or government laboratories, but by patients and their caregivers.

Early examples include the Life Raft Group, a charity for people affected by a rare and lethal form of cancer. Its regular member surveys gathered data so effectively it was able to predict the success of clinical trials before the manufacturer could even look at the results. This study served as an inspiration for an online study we conducted at PatientsLikeMe, which assessed the self-reported, off-label use of lithium carbonate to try and slow the progress of motor neurone disease.

Groups focused on rare diseases in particular, seem to form tight bonds – one example being Duchenne Connect. This group was started by the parents of children affected by Duchenne muscular dystrophy and went on to become the de facto registry for academic researchers and industry alike.

Looking to the future, we see a next generation of patients and charities thinking up new ways to harness this potential. For instance, the AKU Society, a non-profit organisation for people with aklaptonuria, or “black bone disease”, has multiple ways of engaging with patients online.

‘What is exciting is the diversity, originality and creativity this ecosystem has enabled’

It recently embarked on a novel fundraising technique with the crowdsourcing platform Indiegogo in order to plug a shortfall in a clinical trial it is conducting. To kick off the campaign it used an innovative service called ThunderClap, which allowed supporters to permit the AKU Society to temporarily borrow their social media accounts on launch day. With the help of this technology, the organisation synchronised a coordinated release of the campaign’s message and links to information.

We even see individual patients and researchers use platforms like MedStartr to raise seed funding from crowds in exchange for token gifts or early access to new technologies.

My favorite of these platforms, Fittle, also embraces the so-called “maker” trend. It too is using crowdsourced funds in an effort to develop free, open-source puzzles for blind children that can be 3D-printed anywhere in the world. The puzzles help children learn how to spell through Braille and visualize the shape of the word they’re spelling (such as a train or cricket bat).

There are some concerns still to be addressed including privacy, verification that patients are who they say are, and sustainable business models for these projects. However, what is exciting is the diversity, originality and creativity this ecosystem has enabled. To see true innovation sprout from the ground up is a delight.

Paul Wicks is reseach and development director at PatientsLikeMe.