By harnessing the power of crowdsourcing, Leeds Teaching Hospital Trust gathered ideas and opinions from thousands of staff quickly. Varya Shaw explains how it inspired and influenced its leaders 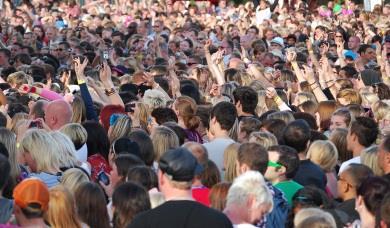 Until recently, a discussion between every member of staff in a large organisation was as achievable as time travel –
it just could not be done.

But the internet has changed all this. So when Leeds Teaching Hospitals Trust chief executive Julian Hartley wanted a strategy that his 15,000 staff would believe in and care about, he did not use traditional methods such as surveys or meetings. He turned to crowdsourcing.

‘Thousands of staff opinions can be gathered in days. Everyone gets a chance to join in’

Crowdsourcing - getting a large group of people to undertake a task online that would typically be completed by a small expert group - has far-reaching implications for the relationship between leaders and their workforce, and for organisational identity.

Thousands of anonymised staff opinions can be gathered in days. Everyone – not just a sample – gets a chance to join in. Shy people can participate without fear of being drowned out by those who shout the loudest.

Debate is possible and allows the “wisdom of crowds” to filter out bad ideas and select the best, as well as bringing an element of democracy to the process. Leaders can act fast on the results, as staff have implicitly given their stamp of approval.

Crowdsourcing’s headline benefit is efficiency. Mr Hartley says: “To go around everyone with a flipchart in seminar rooms would have taken more than a year. We’ve been able to access 15,000 plus staff almost instantly.”

Leeds’ crowdsourcing platform, Wayfinder, was set up by Clever Together – a company that specialises in providing a blend of behaviour change and technology solutions that support leaders to define business strategies and build consensus.

The trust’s vision is to become the best for specialist and integrated care. The first Wayfinder exercise gathered ideas, comments and votes to validate this vision and define ‘the Leeds Way’ - a set of values and behaviours through which the trust will seek to achieve this vision.

Over 20,000 responses were distilled to refine the vision and identify 220 ideas. By uncovering common themes, these were clustered into 19 areas, and then a final five values - empowered, patient-centered, accountable, fair and collaborative.

The second exercise invited all staff to “sense check” the proposed values; and the third crowdsourced staff opinion department by department and a five year strategy was drafted based on the outcomes.

The shift in staff satisfaction was captured in a short film where staff gave comments before and after Wayfinder.

Two more Wayfinder exercises engaged the minds of trust members and external stakeholders from the local health economy - they were asked if they supported the strategy or would like to further refine it.

Further campaigns thrashed out a framework for guiding behaviours and asked staff about leadership. This revealed what staff really wanted from their leaders, including:

Before the crowdsourcing platform was used, staff said they “found it really difficult to understand what the strong strategic narrative for the trust was” and that “it seemed to be much more about money and targets than patients”.

Clever Together managing partner Peter Thomond explains: “Leeds would have achieved the same thing using traditional attendance at the town hall – it just would have taken a lot longer and been more expensive.”

But crowdsourcing yields other benefits, believes Mr Hartley: “The quality of responses is that much better because quieter voices are heard.

“This is central because the answers lie with the people. Staff have a huge amount of insight and knowledge that is latent and not being captured.”

The depth of ownership – the “holy grail” of all employee engagement and staff consultation – is also a game changer because it “differs from corporate speak”, Mr Hartley says. “The values are owned by the staff and are in their own words.”

The speed of crowdsourcing has a knock-on effect. It cannot be underestimated because employee engagement notoriously damages trust if the results are ignored.

“Execs can say ‘we asked you what we need to do and you told us. We are going to crack on now’,” explains Mr Thomond.

“You have a ready made network of people who want to get involved – a tribe connected by ideas rather than proximity.

“They already know what the Leeds Way is because they wrote it. It is quite surprising the pace at which you can move after that.”

“On a big strategic issue, based on our own analysis but also feedback from staff, we’ve made a major investment in staff at ward level.

“We need to make sure we are giving staff the opportunity to be more cost effective and productive by keeping faith with the principle of recruiting to deliver better care, which delivers better outcomes.”

However, there is a harder side to Wayfinder. Mr Hartley says: “When you are really explicit about your expectations, about what being patient centered or collaborative really means, you begin to expose staff who aren’t behaving in that way.

“When we talk about being accountable, it came from staff. They were sick of not seeing people being held to account for poor performance. That’s given
us a huge mandate to
reinforce values.”

Dr Thomond adds: “When you have a clear ‘North Star’ for the organisation in the form of shared values, that’s when leaders can hold people to account.

‘We protect the anonymity of people taking part which enables ideas to be judged, not individuals’

“And people can hold each other and leaders to account, for action that is not aligned with the vision. It’s like the Olympic rowing team who said ‘everything we do today has got to make our boat go faster’.”

Listening, developing a consensus, getting staff buy-in and ensuring accountability are all well established leadership tasks.

“What is new is that we’ve now got tools to make it much easier to achieve them,”
says Dr Thomond.

But it is not just formal leaders who become newly effective through crowdsourcing. The much vaunted idea of distributed leadership gets a boost too.

“This process enables people to genuinely become leaders of change because their ideas are getting supported,” he says. “In the hierarchical NHS environment, personal reputation is very easy to damage.

“We protect the anonymity of people taking part which enables ideas to be judged, not individuals. In Leeds you’ve got ideas that have been massively supported across the organisation and have come from just one member of staff,” says Dr Thomond.

Clever Together has trained 21 teams around the organisation to use Wayfinder themselves and carry on the conversation.

“Clinical directors are using Wayfinder as a platform to engage with their own departments,” says Mr Hartley.

‘Staff say it feels different - the culture has genuinely changed’

“This is starting to deepen engagement with our five year plan at a granular level – not just the big ticket Leeds Way, but what is different today, tomorrow, next week.”

Crowdsourcing changes what is possible within big organisations. The old adage is: “Culture will eat strategy for breakfast.” But what Mr Hartley describes is a symbiosis between the two.

He says: “Staff say it feels different – the culture has genuinely changed, and over a short period of time which has exceeded my expectations.”

Staff satisfaction scores have risen by 11 per cent since Wayfinder. The mood in the hospital has changed, and staff now describe it as positive, motivated and confident.