The winner of the 2013 NHS Innovation Challenge Prize for Dementia - worth £80,000 - has reduced the average diagnosis time from three years to four weeks. Here we explore Gnosall Surgery’s ground breaking project 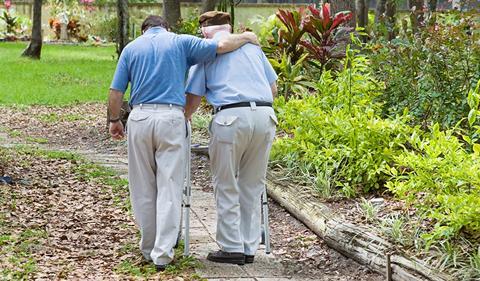 The Memory First project - a new service model led by a group of GPs - has been instrumental in reducing dementia diagnosis times in Staffordshire from three years to just four weeks.

It provides fully integrated care by bringing consultant led clinics into the community and drawing together social care services, charity and end of life support.

The patient remains in the community under the responsibility of their GP with support from secondary care expertise as required.

At the heart of the service is the new role of the eldercare facilitator. Recruited from the local communities, these include many retired healthcare professionals who act as intelligent companions and advocates for patients and coordinate access to services.

Detection rates have risen from 30 to 100 per cent of predicted cases, while patients have also been able to stay independent and in their homes for longer.

Of 80 patients seen by one practice in a year, just two were admitted to either hospital or residential care.

Results of the project are:

Dr Ian Greaves, one of the project leads, discusses its progress after a year

How would you describe your new model?

The model is based on the best of primary care joining with the best of secondary care. The clinical commissioning group set out service specifications defining the service they wish to commission.

As a locality we start at a very low point on diagnosis rates and even worse on quality - where the patients and their carers were very critical of the diagnosis process and the post-diagnostic support and aftercare. We only had 40 per cent diagnosis rates.

The commissioners set this as one of their fundamental challenges. The mental health trust procured the contract as “prime provider” and subcontracted to the GP Federation doctor first. This avoids any conflict of interests.

The really remarkable thing that has happened one year on is the massive improvement in the relationship and goodwill developed between the trust and ourselves.

What partners did you work with to make this happen?

The recruitment and training of care facilitators was done through the third sector end of life charities St Giles and Douglas Macmillan hospices.

Susan Benbow from Staffordshire University did the teaching and training and made the workforce capable.

These facilitators add to the primary care workforce capacity and our in-year learning allows them to get access to our practice safe havens by holding an honorary contract with the practices. Practice attached care facilitators bring personalisation and really help GPs with their workload.

How does the new model work in practise?

The in-year learning was about minimal cognitive impairment (MCI) and other causes of a deterioration of memory. The GP cog performed by the care facilitators was scored and presented to the GPs for interpretation.

This requires a professional discipline. Those with a score showing MCI were not sent through to the memory service. We created an MCI leaflet that offers an explanation of the condition.

The facilitators were asked to revisit every six months and reassess because some patients declined into a dementia syndrome. Some 30 per cent were classified as MCI and a further 20 per cent were found to have other treatable conditions. This meant that 50 per cent were triaged, allowing the trust to cope with the increased GP referrals.

What were the challenges?

The outreach clinics were not as easy to replicate as we first envisaged. It took a lot for us to engage with the clinicians and the trust to reduce some of the duplication of the traditional secondary care models of clinic protocols.

Shared prescribing was again something that GPs and the consultants had to work through.

The big learning is that primary care, given support and resources, can give a real quality service to the older population.