With its older population rising to one in three by 2025, Japan’s healthcare has changed radically and sets the right example for the UK, Mayumi Hayashi says in the second article in this HSJ series

The “2025 vision” is the Japanese government’s ambitious aspiration for the delivery of healthcare and social care for its ageing population through the establishment of a localised, comprehensive “total” care provision.

This envisages the inclusion and integration of healthcare, long term support, preventative initiatives, housing and supported living programmes, together with other welfare services such as safeguarding, outreach and dementia care.

The vision will allow older people to remain in their community, as long as it is feasible, by accessing this total care provision with independence and dignity.

The vision reflects a concern about demographic projections, among other issues, which indicate that Japan’s older population would increase as a proportion of the overall population by 2025, from one in four to one in three.

Furthermore, the over 75s cohort is projected to make up one in five in the population by 2025, representing 87 per cent of eligible users of the provision. 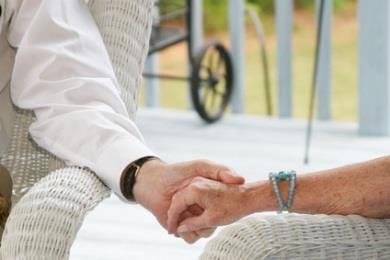 The proposals for total care provision were built on established systems of healthcare, which was set up in 1961, and social care, established in 2000, which were explored in my previous HSJ article.

Essential to the realisation of the vision is the inclusion, integration and continuation of the following four components:

One model introduced by the government in 2006 was the micro-multifunctional facility, which is provided by a range of organisations. Each facility catered for a maximum of 25 monthly, fixed fee paying older people who received an inclusive and comprehensive care package of core day care provision, together with regular and on-demand healthcare, personal care, domestic support and respite care in close conjunction with medical care.

‘Despite its success and growing popularity, the model supports a mere 2 per cent of eligible community based care users’

Each facility has a care coordinator who has the responsibility for individual care plan implementation and monitoring, as well as supporting family carers. These 4,000 facilities currently support 76,000 service users but they are increasingly opening up to the wider community through a range of local events.

Despite its success and growing popularity, the model supports a mere 2 per cent of eligible community based care users, perhaps because of the small financial gains for the facility providers.

In the UK the trend is growing noticeably away from the equivalent day care services system, with the emphasis now on a person centred approach to care.

In Japan the larger independent not for profit healthcare providers, which did not face a range of institutional and other barriers, worked towards establishing multiplatform care business models by shifting their resources to the community based model, as they enjoyed the financial benefits of government incentives.

This system can be said to have enabled the streamlining of the discharge process from hospital into community care; however, it could be argued that despite the benefits, it may have ushered in the spectre of monopolies.

To achieve the desired outcomes of the 2025 vision, the government invited 1,700 councils across Japan to create localised, comprehensive, single point of access centres for the entire older population.

Staffed with multidisciplinary teams, 7,000 centres, in conjunction with local resources and assets, were able to deliver information, guidance and support for the locality free of charge.

‘With only 30 per cent of local centres undergoing audit and evaluation measures, it is difficult to assess their impact’

Acknowledging the benefits of preventative measures – wellbeing through exercise, appropriate diet, and diabetes awareness and monitoring – the government encouraged the centres to coordinate and oversee the delivery of these interventions. Outreach and crisis management and early dementia diagnosis and intervention were also available to the community.

In addition, these centres have introduced safeguarding measures, as they evolved as key points of quick and effective mediation and conflict resolution for those challenging cases experienced by a range of care providers. Recognising the key role played by care coordinators, the centres provide training and support for them. Moreover, they host and arbitrate care case conferences.

Evidence for the success of the centres remains experiential, with only 30 per cent of these centres undergoing audit and evaluation measures; it is difficult to assess the impact of these preventative initiatives and other services, despite there being sufficient funding from a government committed to such localised provision. In contrast, the UK model of public health funding normally requires high levels of impact measurement and evaluation.

A further role expected of these 7,000 centres in securing the 2025 vision was responding to the government policy to differentiate those in the community with low-level care needs (the majority) from core users.

This shift, it was presumed, would allow for greater innovation and imagination in the development of more wide-ranging, flexible and cost-effective supported living programmes for the targeted group (the majority), with local authorities and the centres themselves in partnership with local resources and assets and traditional volunteer networks.

Within these initiatives, for example, was the 37 per cent of local authorities inaugurating “neighbourhood watch style” schemes for older people at risk – an initiative that was recognised and discussed in the UK recently.

Another example of innovation saw the introduction of an incentivised volunteer supporter scheme – with points or rewards earned going towards the payment of the volunteers’ public social care insurance premiums.

Reaching a mere 88 local authorities adopting this scheme, it did prove popular on the ground, attracting a different cohort of volunteers from those anticipated.

Finally, the dementia friendly community initiative has seen nearly 4 million people completing their training as volunteer supporters for the country’s dementia affected population – another initiative that drew interest from the UK.

All these measures represent a radical shift from a crisis reactive approach to inclusive and prevention led approaches for a much larger older population.

Japan has lacked an intermediate care support stage between care in the community (home based) and total care (institutional). Home based care provision was failing to meet the increasing demand, especially from those living alone and those living with dementia, while institutional total care was proving both unpopular and expensive.

The government’s response in 2011 was to introduce the concept of “care added supported living” facilities, presenting potential developers with significant and substantial subsidies and financial incentives. The care added model provided facility users with affordable renting opportunities, together with a barrier free, protected environment with constant monitoring and guidance, as well as advice support.

In effect, the facilities offered an opportunity to live safely with dignity and independence, in the community and not in a closed institution. “Soft care” was a core provision with access to clinical, medical and personal care as required.

At its conception, the scheme was planned to accommodate approximately 1 million users by 2025. This expectation is partly because the model proved much less expensive to operate than the institutional model.

With a current uptake of only 150,000 within the context of great regional variations, it should be noted that there are some emerging perspectives that challenge the efficiency and performance of these facilities.

For example, the reliance on private sector capital to build and operate these facilities has led to the suspicion of standardisation and monopolisation of the design and delivery models, together with, due to the economies of scale, the unintended emergence of “warehousing” prior to eventual admission into the already oversubscribed institutions.

This strongly reminds both government and providers that this facility cannot be intended to replace or indeed supplement the institutions.

Within the policy to integrate health and social care, micro-multifunctional facilities could have a significant role to play, but there is still too little evidence to evaluate.

‘The NHS, with its traditional insistence on evidence based rationales, may find the Japanese strategy quite challenging to embrace’

However, the UK could do well to anticipate impact outcomes and then consider adapting this model. The emerging total integrated care provision by large corporate providers in Japan could guide the NHS towards similar total, and therefore seamless, care pathway provision in future – rather than fragmented care planning and provision from the current multiagency approach.

In terms of the shift towards a focus on preventative measures and outreach facilities, Japan has taken the decision to offer upfront, continuous and ringfenced finance to achieve the 2025 vision, without too much regard for justification, monitoring or evaluation outcomes. This allows for a speedy delivery with innovation, flexibility and experimentation – a strategy the NHS, with its traditional insistence on evidence based rationales, may find quite challenging to embrace.

Japan’s new intermediate facilities, located between home care and institutions, are cost effective, more user-friendly and seemingly popular. However, the evidence base remains small, so there is no current indication that future potential users will be willing to buy into this intermediate model because there are signs that it may be susceptible to “warehousing”, standardisation and monopolisation by private sector monoliths.