Mapping the way to better healthcare

More effective joint working between public sector organisations is now possible thanks to a licensing agreement between the government and Ordnance Survey, writes Jason Weall 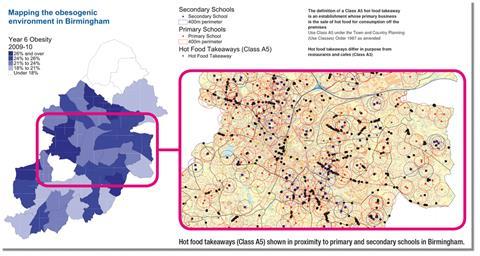 Geographic information plays an important role in the design and delivery of public services. Many NHS organisations across England and Wales are already using digital mapping to share data and to help plan and tailor their services around the needs of their local populations. However, using map data is only part of the story.

Central to the process is a licensing agreement between the government and Great Britain’s national mapping agency, Ordnance Survey, which allows more effective joint working between public sector organisations.

The public sector mapping agreement came into effect in April 2011, replacing all previous collective agreements. Open to all public sector bodies in England and Wales regardless of size, the agreement provides access to a broad range of Ordnance Survey digital mapping products. It makes geographic and address data free at the point of use and, crucially, enables it to be shared between all agencies.

The agreement has more than 2,800 members, including about 100 hospital trusts and all 12 ambulance trusts. More than 80 per cent of primary care trusts also signed up. The following examples demonstrate how the agreement is making a difference to healthcare planning. The good news is that following the health reforms, clinical commissioning groups and other new health bodies will also be able to take advantage for collaborative working and effective health service planning well into the future.

The Welsh Ambulance Service is just one of the organisation already taking advantage of the agreement. It serves a population of 2.9 million people, attends 300,000 emergency calls a year and relies heavily on mapping to optimise its fleet to ensure it provides the best possible service. By using geographic information systems software with Ordnance Survey data provided, it can analyse demand data to identify the best locations for its ambulances.

A recent pilot project in the Rhondda Cynon Taf area delivered a 6 per cent improvement in ambulance performance over three weeks. Improvements like these help it reach patients faster, ultimately helping save more lives. What’s more, the Welsh Ambulance Service estimates that the agreement has enabled it to save in the region of £90,000 a year through improved efficiencies.

Similarly in England, a wide range of health organisations and local authorities are making use of geographic information to deliver better and more targeted services − and save money at the same time.

One such example can be found in the Midlands, where mapping has helped the local NHS and city council work together to tackle the serious and costly problem of obesity.

In Birmingham, obesity in adults and children is significantly higher than the average for England; and is on the rise. The NHS in Birmingham estimates diseases related to being overweight or obese cost £330m a year. And when lost earnings due to early death or sickness are taken into account, the loss to the city is closer to £2.6bn each year.

While obesity is governed by a person’s biology and behaviour, social and environmental factors also have an influence and over the past 18 months Birmingham and Solihull NHS has been working with the city council to control the number of new licenses granted for fast food takeaways.

Dr Iris Fermin, head of public health information and intelligence at Birmingham Public Health, explains: “We produced a map using Ordnance Survey geographic information and it revealed that some schools in Birmingham are hemmed in by 19 takeaways in a 400m radius. It also showed that more than 70 per cent of primary and secondary schools in the city have a kebab shop, chip shop, pizza store or Chinese takeaway within the same distance.

“By presenting the information on a digital map our project team of councillors, planners, public health officials and other key representatives across the city has been able to see at a glance where action should be targeted. Specifically, digital maps have helped us to accurately describe where unhealthy fast food outlets are located in the city and to tackle their spread.”

She adds: “As a result of our findings, new rules have been agreed to control the number of unhealthy fast food outlets clustered around schools and within local centres. Furthermore, if a proposed takeaway is within 400m of a school then the head teacher has to be consulted. Several applications have been refused on these grounds already.”

Geographic information has also been key to a successful campaign to reduce teenage pregnancies in Hull.

Just over a decade ago, national statistics singled out the city as having one of the highest teenage pregnancy rates in the country with conception rates among under 18s reaching almost twice the national average. These rates, however, have reduced by 35 per cent since the city council, working jointly with Hull PCT (now Hull CCG), started using digital maps to plan its sexual health advice services.

‘Mapping is vital to ensuring that healthcare services are located, and resources are targeted, exactly where they are needed’

Gail Teasdale, integrated services manager of Children and Young People’s Services at Hull City Council, who manages the programme says that presenting information visually on digital maps immediately revealed the hot spots for us to target, with high teenage pregnancy rates emerging in a number of different postcodes and at six of the 14 local schools.

However, she says: “The data also showed us that while 14,000 young people were already getting information and advice, only 2,000 were making it to contraception services. To understand the reasons behind this, we showed the maps to young people to get their views on the proposed location of services and got some interesting feedback.”

“Hull is like a collection of small villages and we found that some young people would not move off their estate to access services while others preferred the anonymity of a city centre location which was just a bus ride away,” says Ms Teasdale. “By using maps they were able to tell us more about the unofficial boundaries that exist in the city and where they would go to access contraception advice. Sexual health is often the last subject young people want to talk about and therefore it is essential that we locate our services in an area and venue where they feel comfortable.

“While there is no magic solution to tackling teenage pregnancy, our strategy has had a major impact on reducing rates locally.”

The latest figures from 2010 show a 35 per cent drop in conception rates among under-18s in Hull, compared with 24 per cent achieved nationally. The policy has also proved to be a value for money investment. Hull spends £800,000 a year on the programme but saves more than £8m by reducing teen pregnancy rates and preventing children from going into care.

These and other examples like them highlight just how vital mapping is to ensuring that healthcare services are located, and resources are targeted, exactly where they are needed.

Feedback from users suggests that the agreement makes accessing digital maps easier than ever − supporting collaborative working and effective health service planning. Just as it made a difference to PCTs and strategic health authorities over the past few years, it is hoped that the new CCGs and health bodies that have taken their place will see the value of joining the public sector mapping agreement and continue the good work that is already being done.