Ready to go: how to improve the discharge process 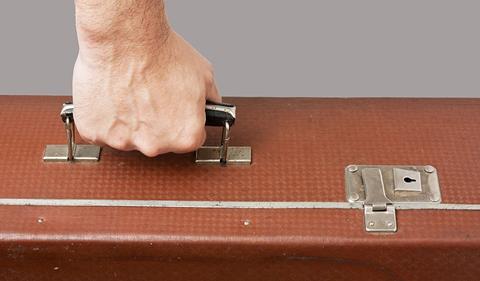 Inspired by an article in HSJ in 2012 and the Ready to Go guidance issued by the Department of Health in 2010, Ashford and St Peter’s Hospitals Foundation Trust set out to develop a programme aimed at achieving two things:

The programme, the trust’s own version of Ready to Go methodology, aimed to understand the real reasons why patient discharges were being delayed and then set about making simple changes on each ward to reduce these delays. Each ward undertook four steps:

Impressive results were seen across all wards that undertook the programme. Overall, a 15 per cent decrease in length of stay was achieved, across five wards, just eight months after the project launch in May 2012.

Even more encouraging was the fact that the trust’s overall length of stay for emergency admissions in 2012-13 was reduced to 4.7 days from 5.8 days the previous year. 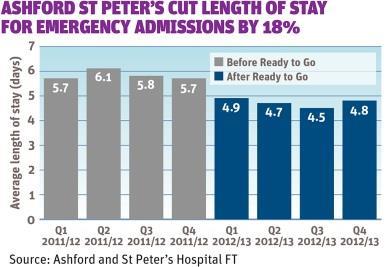 First, the programme was designed to be sustainable from the start.

The project was split into distinct phases with specific objectives, each one building on the last.

Second, staff were encouraged to reinvent the wheel

The programme team decided early in the project that directly imposing solutions would likely be met with resistance as it would not address the issues specific to each ward.

Instead, a more collaborative approach was adopted where staff were encouraged to work together to find their own solutions to common problems.

From the outside, it might have seemed that the success of the project resulted from little more than adoption of best practice. However, allowing each ward team to “reinvent the wheel” was exactly what was needed to identify solutions that would work for them. This tailored approach meant that staff engagement was high, and each solution was fully supported by the team who would be using these new ways of working.

Allied to the principle of engaging with those delivering the service, it was the ward teams who collected the raw, primary data. Care was taken to ensure that data was simple to record because it needed to fit into a busy ward schedule.

Collecting delay data at the ward level meant that each team unearthed their own problems. This way, the ward staff had complete ownership of their data, a deep understanding of some of the root causes causing delays and a shared objective to find solutions.