Spreading innovation: AHSNs step up to the challenge

As the NHS takes a new, determined approach to counter longstanding difficulties in the spread of innovation, the team at Imperial College Health Partners – one of 15 academic health science networks – explores the challenges they face 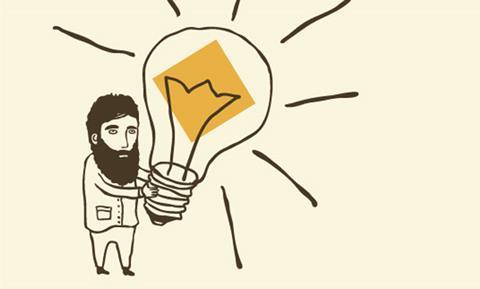 Innovation and transformation will be required

In 2003, Don Berwick observed that Captain James Cook was decades ahead of his peers in saving his crews from scurvy by convincing them to eat a diet rich in vitamin C on his maiden voyage in 1768.

Professor Berwick said: “Many healthcare executives and clinical leaders seem to lack Cook’s success and speed in getting people to ‘eat the sauerkraut’. Even when an evidence based innovation is implemented successfully in one part of a hospital or clinic, it may spread slowly or not at all to other parts of the organisation.”

This observation is as pertinent today as it was a decade ago.

It is not that change does not occur in the NHS; the issue is one of speed and consistency. But it is notoriously difficult to measure how slow healthcare is in adopting and diffusing innovation, both in absolute and relative terms.

Help us find the top innovators in healthcare

HSJ is seeking to celebrate healthcare’s top innovators – the people who have found new, innovative ways of tackling the challenges facing healthcare.

This October we will celebrate those working in the NHS and the wider healthcare sector who have taken innovative approaches that make a tangible difference to patients, their colleagues or wider society – and we are seeking your nominations.

You can make nominations using our short form. The closing date for nominations is 1 September.

Maybe unsurprisingly, one area that has received attention is the adoption of drugs. The data suggests significant differences in speed of uptake between healthcare systems.

For example, a popular figure suggests that there is up to a fivefold difference in the uptake of new anticoagulant drugs between Germany and the UK. The same figures also show that this can be explained by differences in the prevalence of older drugs such as warfarin, which is in turn driven by a multitude of issues.

Germany has traditionally had an extremely low use of warfarin compared to the UK, though it is now adopting the new anticoagulants in place of nothing. The UK, on the other hand, must change from the complex arrangements for the management of warfarin to a new alternative.

‘We are far from understanding what good innovation looks like, let alone setting specific targets’

In the absence of robust evidence of the magnitude of the problem, much of the debate about the success or otherwise of adoption and diffusion has relied on anecdote.

Innovation, Health and Wealth, the government’s flagship strategy on the adoption of innovation, is no exception. It provides no quantitative evidence to set out the challenge of adoption and diffusion, but it does recognise the importance of measuring uptake.

We must bear in mind that despite the prominence innovation adoption and diffusion continues to receive, we are far from understanding what good innovation looks like, let alone being able to set specific targets for its uptake.

While evidence on the size of the challenge remains elusive, the case for why the adoption of innovation matters has been well made.

First, it can help improve the health of patients. The explosion of knowledge in medicine over the past century has been remarkable, contributing to longer and healthier lives; the reduction in cancer mortality rates is just one example.

The second reason why adoption, and more importantly the diffusion, of innovation matters is value, making it a driver of economic growth.

This is achieved in two ways: by creating investment and growth in the health and life sciences industry; and by creating greater health and wellbeing among the treated population.

Against these arguments for rapid adoption and diffusion of innovation, many clinicians will argue that some conservatism is needed since only in retrospect can the beneficial innovations be distinguished from those that did not deliver their early promise. They will be able to cite examples in which early and uncontrolled adoption did more harm to patients than good.

Similarly, significant effort has gone into understanding the barriers to adoption in healthcare. For a systematic account of the issues it is worth wading through the How to Spread Good Ideas report, which despite being a decade old, remains a treasure trove of knowledge.

Here, we present a small selection of practical observations from our first 12 months at the Imperial College Health Partners academic health science network. Inevitably, these are somewhat subjective, and different networks will have had different experiences.

One of our first projects was concerned with establishing the cost effectiveness for a preventive and rehabilitative cardiovascular programme.

The programme had been running for some years in one of our boroughs and while there was evidence on clinical efficacy, the lack of a robust cost benefit evaluation was seen as a key barrier to spreading it across the sector.

We undertook an economic evaluation, which was closely modelled on National Institute for Health and Care Excellence methodology, and it concluded there was a very strong economic case for investing in the programme.

But when presented to commissioners, it transpired that this was insufficient to make the case for changing existing practice. What our commissioning colleagues really wanted to know were the net costs of switching from their existing arrangements to the new programme, and the associated incremental benefits.

Estimating the actual implementation costs is something we are now taking forward. A significant part of this challenge lies in establishing what exactly are the current costs and resources that would be transferred to, or replaced by, the new programme.

Already interesting follow-up questions have arisen including multiyear accounting of benefits to allow for investment to save programmes.

‘Even with robust evidence, there is a long list of potential barriers that prevent innovation from being adopted’

This lesson has broader implications, for example, for the adoption of NICE technology appraisals. Despite a legal requirement to implement these appraisals, adoption varies significantly across locations. We do not have a systematic understanding of what is the net cost of implementing these drugs and technologies and how this affects the in principle cost benefit equation, as set out by NICE.

The universities of York and Sheffield have shown what such an analysis could look like, using the new anticoagulant drugs as an example. Together with NICE, we are exploring with them how this could be mainstreamed to focus the scarce resource of AHSNs, providers and commissioners on those innovations with the greatest value for money.

This is not to take away from the fact that all NICE technical appraisals are legally binding, but aims to recognise the very real local resource constraints.

Our second observation concerns the process for implementation and adoption of innovation. Most innovation must pass a very high bar of clinical and economic evidence before it is considered best practice. However, even with robust evidence, there is a long list of potential barriers that prevent innovation from being adopted.

The many studies on the barriers provide a useful framework to understand the readiness of the innovation itself, as well as the context it is aimed at. For example, are key stakeholders aware of it? Are financial incentives aligned? Do the likely benefits of the innovation apply to the local context?

Interestingly, less rigour has been applied to understanding systematically how to overcome those barriers. This is not to suggest there is a shortage of tools and advice, but very few of these, if any, have been subjected to the same high standards of evidence that innovation itself is subjected to.

The establishment of AHSNs is an indication that past efforts have only been partially successful. The opportunity, as well as challenge, for the 15 networks in England is therefore to systematically understand what works; to not only identify barriers, but also address them at a system level, which will differ geographically and, in itself, force a better understanding of how to measure adoption and diffusion.

Such endeavours should recognise from the start the criticism that has been levelled at evidence based medicine and learn the relevant lessons.

One question that gets asked frequently is: what is so different about healthcare that makes it slower to adopt innovation?

Putting aside the fact that we lack evidence to assign numbers to this assertion, a key difference is that until very recently patients were not playing a significant part in demanding best practice.

The concept of expert patients is relatively new and closely linked to changes in access to clinical information that the internet and social media are providing. This offers huge potential for driving the adoption of innovation and we have only seen the beginnings of patient empowerment.

‘We must support patients in becoming more empowered’

We must support patients in becoming more empowered. A good illustration of this is the work Redbridge Clinical Commissioning Group has done on chronic obstructive pulmonary disease. For more than a decade we have known what good care looks like but we also know that there is significant variation in the quality of care provided.

In order to address this, patients, GPs and commissioners co-developed a simple COPD care checklist that rates and explains the six evidence based interventions that every COPD patient should receive from their GP. This personalised score card is sent to patients to enable them to hold their GP to account.

We know that adoption and diffusion of innovation is important for the benefits it brings to patients and the improved efficiencies of care. Currently, huge variation of adoption exists, largely due to the human and societal factors that underlie change.

Much of the work done on this to date has focused on the achievement of localised change in a given environment. There are few examples of attempts to drive systematic change in the interest of providing equitable access to its benefits across a population.

The NHS has embarked on a major initiative to drive systematic adoption and diffusion of innovation through the creation of AHSNs. It will be important to continue to evaluate and make evidence based assessments of the priorities to be pursued and the results to be achieved.

Adrian Bull is managing director, Amy Darlington is director of communication and engagement, and Axel Heitmueller is director of strategy and commerce at Imperial College Health Partners