The NHS now gets more than 3,000 complaints a week. Ian McDowell explains how the Patient Feedback Challenge is striving to cut this by hearing all sides of the story 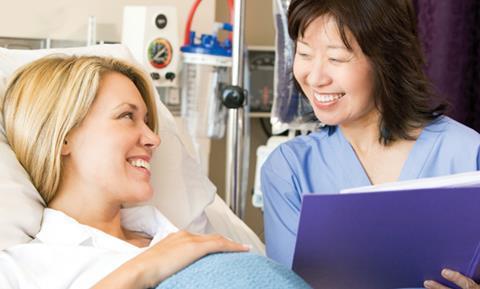 The NHS is suffering from a nasty complaint. In the run-up to the Francis report into system failures at Mid Staffordshire Foundation Trust, the public increasingly senses a dysfunctional relationship between health service staff and patients.

Elsewhere, data on complaints about NHS care and treatment suggests that the sense of confrontation between staff and patients is getting worse.

Furthermore, analysis from the NHS Information Centre’s standard cost model shows that each complaint costs the client organisation an average of £1,500 to investigate, with many more-complex complaints costing a great deal more. Those which are poorly addressed locally have a tendency to haunt the upper reaches of the system indefinitely.

Each time an investigation has to be launched it is already too late. The patient-staff relationship has already stopped working. This can lead to facts being missed and to clinical errors, mistakes that cost the NHS £1bn a year.

In April 2011, the NHS Institute for Innovation and Improvement launched the Patient Feedback Challenge to help transform patient experience.

Backed by a £1m fund, the challenge aims to: “Develop a fully integrated patient experience measurement system that leads to continuous improvement cycles; create wholly patient-focused organisations; encourage spread and adoption of positive patient experience practice within and across organisations, and develop sustainable approaches that live beyond the initial programme.”

Both sides of the story

Of the nine projects that were selected by the Patient Feedback Challenge’s commissioning panel, Both Sides NOW came first in an online poll and received a large slice of the £1m fund from the NHS Institute.

Both Sides NOW aims to improve patient experience by engaging both patients and staff. The idea emerged when the team looked at the relatively small-scale and scattered examples of approaches where both staff and patients were interviewed about the same experience themes. On many occasions they were found to be saying exactly the same things.

By allowing healthcare organisations to focus on high priority aspects of survey results, Both Sides NOW will enhance this data by helping them to discover the common causes of complaints, causes identified jointly by staff and patients.

“The first thing it recognises is that there are two sides to every story,” says David Burbidge, non-executive chair of the Both Sides NOW programme. “Previous attempts at improving patient experience have concentrated on patient stories alone, and staff feel alienated. Both Sides NOW gives them an outlet to discuss where systems need improving alongside patient input, which therefore improves delivery to the patient.”

A recent storytelling intervention in an east London maternity department confronted longstanding problems with poor patient feedback. It resulted in reduced use of agency staff, improved staff retention, a reduction in formal complaints and improved quality metrics which positively affected the trust’s insurance premiums, saving almost half a million pounds.

Both Barts Health and Manchester Health and Social Care Trust now use patient stories regularly as part of their board meetings.

Traditionally, clinical research in patient experience has tended toward the use of experts and surveys, in which patients and members of staff are treated as passive subjects rather than active participants. Using a participatory action research approach, Both Sides NOW will let staff and patients identify and take ownership of the issues, and co-direct research and solutions.

The advantages of this method are twofold. Since staff and patients co-direct the research, organisational bias cannot influence its results. And both staff and patients are involved in interpreting the resulting data, creating an appreciative atmosphere in which common ground is sought rather than differences of opinion.

Both Sides NOW’s model is a four-step process. In the first instance, a health organisation contacts the team asking for help with a specific aspect of patient experience. Both Sides NOW organises digital storytelling workshops with two groups made up of 8-10 patients and staff members to “deep dive” into the issue. The third stage involves analysis and coding of the qualitative data, which is then presented to a workshop made up of board members, staff and patients where creative solutions can be made.

Finally, by embedding this process within the client organisation through executive coaching and self-assessment, the Both Sides NOW process leads to continuous cycles of improvement.

Spread partners are producing return on investment dashboards designed to calculate the projected impact of changes resulting from the work. These dashboards will form part of the “board to ward” workshop element.

The dashboard is bespoke in the sense that it is aligned with existing local communications and engagement strategies and with existing performance measurement and metrics, enabling the client to demonstrate both the clinical and financial benefits that the Both Sides NOW process has helped them to create. Moreover, it will allow clients to assess their needs before, during and after our intervention.

From boutique to mainstream

The team is confident that success will be recreated at all partner sites, and that through Both Sides NOW the Patient Feedback Challenge will take patient experience improvement from a boutique activity on the margins of healthcare and into the mainstream.

Each of the spread partners will commend the process to peers and in each case a project proposal will be created and signed off in a tripartite agreement between the client organisation, Both Sides NOW and a representative group such as a patient forum, patient advisory group or local Health Watch.

Much like the participatory action research model itself, Both Sides NOW intervenes at the level of culture by allowing different stakeholder groups the space and time to reflect on their interactions and to create a language they can own to describe and understand them.

‘Doctors have to be involved in patient engagement. It cannot be left just to nurses, or just to managers. There has to be senior clinical buy-in’

Both Sides NOW will be a national supplier for the friends and family test, and is working with the Centre for Science and Policy at Cambridge University on optimising this offer to NHS organisations.

“Medicine is essentially mutual”, says Mr Burbidge. “My hopes for Both Sides NOW are to prove that it can be made available nationally and to spread the idea through mainstream clinical ownership. Doctors have to be involved in patient engagement. It cannot be left just to nurses, or just to managers. There has to be senior clinical buy-in.

“Ownership is fundamental, and clinical commissioners will want to see the kinds of results that can only be achieved where staff at all levels are given the positive tools to make the patient relationship something that works for the benefit of all.”

Ian McDowell is programme director at Both Sides NOW and head of community ownership and engagement at NHS North East London and the City. Email: ian.mcdowell@bothsidesnow.org