A trust where staff can thrive

An enthusiasm and commitment to patient care, positive staff culture and authenticity were among the attributes that led to St Helen’s and Knowsley Teaching Hospitals Trust winning the 2019 HSJ Award for Acute or Specialist Trust of the Year. Alison Moore reports 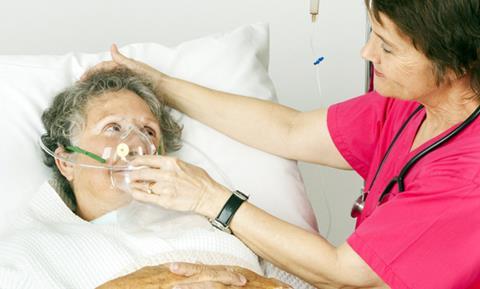 There’s a buzz around St Helen’s and Knowsley Teaching Hospitals Trust which is an indefinable part of its success: staff seem happy to come to work and feel part of an extended family caring for their local community.

It’s that enthusiasm and commitment to patient care which led to the trust being named HSJ Acute or Specialist Trust of the Year in 2019.

But it’s a trust which could be seen as either a glass half empty or half full. Chief executive Ann Marr says: “We are a suburban DGH in an extremely deprived community, absolutely overwhelmed with levels of emergency activity…and saddled with a huge PFI debt.” But, on the other hand, the trust has been awarded “outstanding” by the Care Quality Commission, is in financial balance and has great feedback from staff and patients – and, of course, won the HSJ award.

“Anything is possible if only you have the right attitude, the right standard and the best colleagues,” she says.

She urges chief executives to be consistent with staff and to have a vision – the trust’s is to deliver five star patient care – with yearly objectives which describe how the trust is going to move towards this. Finally, authenticity is crucial, she says: “saying it is not enough, you have to do it. We as a board, as an executive team, have to demonstrate that.” At times this can mean making it clear that patient safety trumps finances.

“You have to really show staff that you appreciate what they do. I feel very passionately that the NHS should have a positive culture…..in the past maybe that was not always the case. I really believe the old adage that happy staff make happy patients”.

Among the positives is that the trust can provide staff with are a great working environment, with both Whiston Hospital in Prescot and St Helen’s, the trust’s “cold” site, having been built in the last 12 years. That shows in high retention rates with many staff who are at the trust at an early stage in their career choosing to return despite the many hospitals on Merseyside competing for staff. The trust has just 33 nurse vacancies and does run some specialist services on a regional basis such as plastic reconstructive surgery, which can be a draw for doctors.

“I would certainly describe my department as being like a family,” says Rowan Pritchard Jones, the medical director. “As a relatively early career medical director it has been a place where I can thrive. I’m well supported.”

You have to really show staff that you appreciate what they do. I really believe the old adage that happy staff make happy patients

The trust is also well represented in the wider health economy, he says, with involvement in the sustainability and transformation partnership, for example. “When it can feel really difficult, our attitude is we are just going to do the right thing. The strength of the moral compass here is huge,” he says.

The trust is focused on continuous improvement – “My team are fed up with me saying as long as it is perfect I am happy” jokes Mr Pritchard Jones – but is also engaged with the integration agenda, having taken on more services and staff who had been working for other organisations. Ensuring high standards in these services is key. “The level of ambition for this place is limitless,” he says.

The trust has also coped with a fast pace of change as it brings in new IT. “There is a high willingness and buy in from staff,” he says. “There is a huge sense of we must do this because it is right for patients.” That sense of doing things because they benefit patients has extended even into cost improvement plans, he says.

Ms Marr says that the HSJ award has helped the trust raise its profile with other trusts asking how it gets its fantastic staff survey results.

But it was also an opportunity for the staff to celebrate – everyone could put themselves forward to go to the awards event – and be celebrated. Ms Marr says the trust’s achievements are due to what the staff do every day. “I felt it was high time that this little suburban DGH was recognised. I could not be more proud of the staff – it is not just the physical work they do, a lot of what they do is very emotional.”