Caring for people with personality disorders 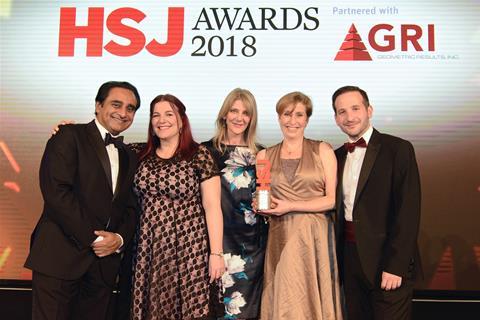 Stuart Mitchell was somewhat bemused by the round of applause. After all, he’d only just joined Northumberland, Tyne and Wear Foundation Trust and the setting was simply a regular trust-wide group meeting with his new colleagues.

It was 2012, and the consultant clinical psychologist had taken on the newly-created role of trust lead for personality disorder. He says the clapping was an audible demonstration of the organisational desire to improve care for people with these complex difficulties, but also a hint of some doubt as to whether it would actually be possible.

“Some people feared I had an impossible job,” he says now. “I think there was something about the role that people [at the trust] knew they wanted, but they were really anxious about it succeeding – didn’t know if it could succeed.”

Spoiler alert: it did. Last November, the trust’s personality disorders hub team – part of an overall strategy on caring for people with these difficulties – scooped the win in the patient safety category of the HSJ Awards. The hub provides direct care coordination, case management and treatment to people who have emotionally unstable personality disorder in combination with high degrees of complexity, co-morbidity and risk to self.

It’s a group of patients about which, according to team clinical lead Genevieve Quayle, there had been “a lot of organisational anxiety”. In large part that was because there had been four deaths from suicide among service users at the trust. While an independent inquiry found no fault in the care that had been delivered, the deaths led to a risk averse attitude which often led to long hospital stays or to out of area placements.

But in the four years in which the hub has operated, there have been no suicides among the people for which it cares. Substantial reductions in bed usage have also occurred. Over 98 per cent of patients in this group now have only brief admissions for crises, and 25 patients have been repatriated from out of area placements. The result has been around £2m of annual savings for the trust.

According to Dr Quayle, who is a consultant clinical psychologist, the hub has provided the structure to realise long-held ambitions for better care of people with personality disorder. “What Stuart has achieved is pulling together a much more cohesive and compassionate strategic direction for people with personality disorders, of which the hub’s just one part,” she explains.

Dr Quayle has worked at the trust for more than 20 years, and says there was always “an interested group of clinicians who would link together to improve services for people with personality difficulties, and who were really opposed to the stigmatisation that those individuals are often subjected to.

“We were a passionate and forward thinking group of interested individuals, but we hadn’t linked in with any of our directors; we didn’t have senior medics involved within our steering group.”

She says it was changing that, along with an evolving understanding of personality disorder, that combined to make improvements possible. “Personality disorder was considered an area that was tricky to work with and, historically from a medical perspective, was seen as untreatable. Our growing voice and growing profession as psychologists was challenging some of that. The time was right.”

Despite the clear evidence of the hub’s impact, Dr Quayle admits with a chuckle that she was “gobsmacked” when it was announced as an HSJ Award winner. She attended the ceremony with two members of the team, something she says “has allowed Stuart and I to demonstrate, in a very visible manner, just how proud we are of the team”.

Both say the challenging and specialist nature of caring for people with personality disorders can mean that recognition is sometimes limited.

“Having something as formal as the HSJ Award does allow for that recognition,” Dr Quayle reports. “Certainly the two members of staff who attended on the night came back buzzing, and that buzz spread around the team.”

It spread more broadly too, with Dr Mitchell receiving requests for consultation with other trusts and Dr Quayle reporting a significant impact within and beyond the organisation.

“After we came back, we were very flattered to receive positive messages from our chief executive, non-executive directors, and from our head of commissioning for the north east,” she says.

“We have trust strategic clinical networks of which personality difficulties and complex trauma is one, and I have received feedback on the HSJ Award from other services, and how positive it is that Northumberland, Tyne and Wear Foundation Trust had been honoured in that way.

“The award really has placed us on the map,” she concludes, “both within the organisation but within the region as well.”

The HSJ Awards 2019 are now open for entries. Click to find out more.