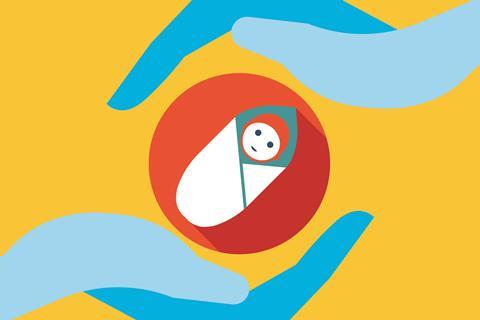 Children with chronic health problems will often receive care from different parts of the NHS – but that care may not always be very joined up, resulting in inconsistent messages, lack of shared knowledge and sometimes poor outcomes.

Yet these children and their families are likely to need continued contact with several parts of the NHS for many years so these problems could have a lasting effect, both on them and on the NHS’s ability to get the best outcomes for the money and resources it has available.

Connecting Care for Children was set up to tackle some of these issues by looking at the resources available and linking them together better. It has three strands – patient participation; specialist outreach to GPs; and open access by phone or email. These were developed by working with patients’ families – a theme which runs throughout the project.

Paediatric clinics which would normally be based in one of Imperial College Healthcare Trust’s hospitals were moved into GP practices with a multidisciplinary team – the child health hub. This has enabled dissemination of knowledge to GPs (only 40 per cent of GP training schemes offer paediatric placements) and the involvement of specialist nurses. Workshops in GP practices have taught parents how to manage conditions such as asthma at home.

This has helped deliver consistent messages to patients and has helped them build better relationships with GPs who are now in a position to offer more co-ordinated care for ongoing conditions.

Child health hubs are currently running in three clinical commissioning group areas, involving 26 practices. However, if they were implemented across the whole North West London Sustainability and Transformation Partnership area anticipated savings could be £11m. It has also got positive feedback from the staff involved who feel they are both learning and enjoying working in partnership, including with families.

Getting recognition in the HSJ awards has been a boost for the team. Consultant paediatrician at Imperial Mando Watson – who has led the project – says: “The team had worked so hard. When someone gives you that sort of recognition it is a fillip – you get some more momentum. We were thrilled. Intrinsically you know what you are doing is good but it is great to be told!”

She describes the award as “a great calling card” and says since the team received it there have been a number of invitations to speak at conferences – where the HSJ award is often mentioned. “It always makes the audience sit up and listen more carefully!”

The judges described the entry as a “genuinely whole-system approach which moved paediatric specialists closer to the patients by integrating with GP hubs with everyone learning from each other. System benefit took precedence rather than organisational interests.”

They were particularly impressed by the authentic involvement of patients through the use of local parents as practice champions shaping the service.

Plans for the future include opening more hubs – currently about a third of the population is covered. Dr Watson would also like to see a shift towards more proactive care – the NHS is often very reactive, she says. However, she is clear this needs to change with the support and involvement of GPs – and with the project team asking GPs which are the areas where they would appreciate input.

“We have started doing some proactive work with children with asthma where we do clinics with specialist nurses in GP’s surgeries.” Some group consultations were also taking place in practices and schools, she added.

But one of the areas where there may be more focus is mental health. CAMHs staff are becoming involved in multidisciplinary meetings in the hubs and their input can be important in cases where children have physical health problems and either they or their carers also have mental health issues.

There has already been considerable interest in the approach from other trusts and the Imperial team have hosted visits and run webinars to spread knowledge and learning from their experience.

While the programme is based around children’s services, Dr Watson suggests it could be a template for how adult services are developed to offer more integrated care as well. “The long-term plan helps us a great deal. What it says and what we are doing is very much in harmony,” she adds.

The 2019 HSJ Awards are now open for entries. To find out more about the Acute or Specialist Services Redesign category visit https://awards.hsj.co.uk/categories