Ensuring staff had multiple ways of making their voices heard transformed staff morale and engagement at East Lancashire Hospitals Trust, and saw them win the 2018 HSJ Award for Creating a Supportive Staff Culture 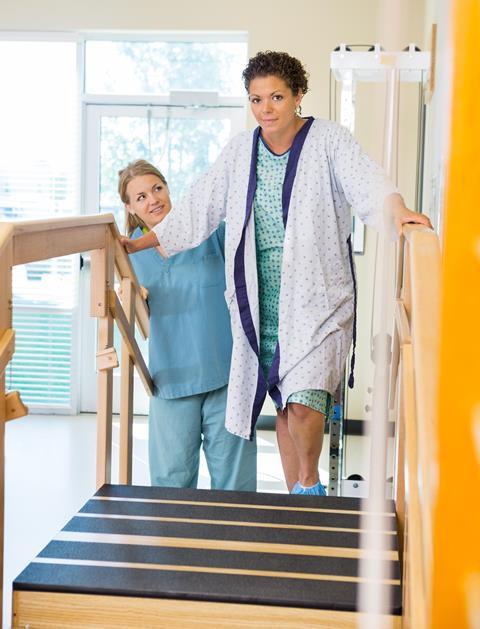 How do you engage with and motivate staff at a hospital which has a history of poor performance and is in special measures? Meeting that challenge at East Lancashire Hospitals Trust has won the HSJ award for Creating a Supportive Staff Culture and seen transformation which is benefitting both staff and patients.

Morale among staff and confidence among patients was badly affected when the trust was put in special measures back in 2013. But since then a consistent programme of measures has helped to change the culture and create an atmosphere where staff feel valued and supported.

The trust has invested in a staff engagement team with a full time staff guardian. The “Engage to make a difference” project ensured staff had multiple ways of making their voices known such as “big conversation” listening events which looked at what staff were proud of, the barriers they faced and what they felt were the solutions.

Other initiatives included better ways to raise confidential concerns, a “big ideas” button and a rumour buster email address. More than 3,000 staff access a staff app, there is a mediation service and resolution champions, and the trust has reviewed its approach to formal HR processes.

Over the last few years the trust’s staff engagement score in the annual staff survey has risen from a below average 3.73 to 3.93. Last year the trust was in the top 20 per cent nationally on half the measures in the staff survey and more than 80 per cent of staff would recommend it as a place for care and treatment. Its Care Quality Commission rating has improved to good.

In the coming year the trust hopes to build on a “restorative” approach around early resolution, and to focus on equality and diversity to ensure the trust represents the community it serves

The trust has been involved in the NHS Improvement culture community of practice over the last year and has also sought to spread the learning from its engagement work across the region and beyond.

“It has been really pleasing that we have continued to see improvements – it is quite difficult to shift that score,” says Lee Barnes, head of staff health wellbeing and engagement.

“We have continued with the big conversation,” she adds. “It is not rocket science, it is listening to everyone and understanding where people are coming from – and acting on the findings.

The trust has also successfully shifted the culture so that staff are more willing to speak up about concerns. Jane Butcher, freedom to speak up guardian, said she had seen an increase in staff coming to her with issues and the trust was continuing to promote speaking up.

It also has an “early resolution” approach with some types of concerns which allows problems to be “nipped in the bud” while encouraging positive changes in the workplace. “It is about how you can do things together for each other in a compassionate way,” says Ms Barnes. Often problems are relationship issues between two people which needed to be addressed through discussions and encouraging empathy for other people’s perspectives.

Benefits for the trust have included lower complaint levels. “Staff are feeling more supported and therefore can provide better care,” says Ms Butcher. Chief executive Kevin McGee points to the improved quality metrics across the trust: “I am convinced that is something to do with the work we have done around a supportive culture.”

In the coming year the trust hopes to build on a “restorative” approach around early resolution, and to focus on equality and diversity to ensure the trust represents the community it serves.

But winning the HSJ award was great recognition for the team and the hard work which had been put in, says Mr McGee. But he also believes this recognition can help to attract staff.

The judges were impressed by the realism of this work. “Positive culture change is happening, and is well evidenced, and this is due to the organisation really owning and sticking with this work. Not only is change happening within the organisation in a sustainable way, they are going one step further and spreading the word regionally and, through their buddying arrangements, nationally,” they said.

“This was an example of work that is much more than an ‘initiative’ – it’s a sustained effort to continually improve the trust, and contribute to wider improvement across the NHS.”

Gavin Rogers, from the National Guardian’s Office, who sponsored the award, is equally enthusiast, saying what they were looking for was a “golden thread” between staff being enabled to speak up and change happening.

In this case the trust had moved from “requires improvement” to “good.” “In no small part that was due to all the cultural improvement they had put in. That is where the value of speaking up comes in,” he said.

The 2019 HSJ Awards are now open for entries. For more information on the Freedom to Speak Up Organisation of the Year Category visit https://awards.hsj.co.uk/categories