Identifying and preventing TB in the community 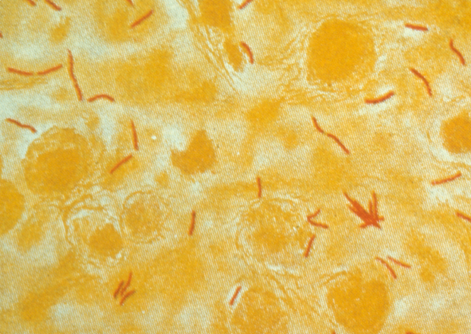 Newham has been described as the “TB centre of the West.” With a young population, a third of whom were born abroad, it has had the highest rates of TB in London and higher than many developing world countries.

Identifying people with TB – both when they have the active disease and when they may be asymptomatic with latent TB – is a priority for the local health service.

If not treated, 10 per cent of those with latent TB will go on to develop active TB with the risks to their own health and the potential to infect others that entails.

By working with local GPs and pharmacies, Newham CCG has managed to identify and treat hundreds of people with latent TB (and some who were in the active phase but asymptomatic).

This has been achieved in the community without patients having to make regular trips to hospital – which may discourage compliance with the treatment regime – and at lower cost than hospital-delivered care.

Preventing people going on to develop active TB has helped to reduce spread and made considerable savings for the NHS – as well as the health benefits for the individuals treated.

The key to this has been signing up all 51 GP practices in the area to agreeing to screen patients who fit the criteria when they register. The criteria were developed with input from the local acute trust, Barts Health Trust and followed National Institute for Health and Care Excellence guidance.

Many people will not recognise they are at risk – a focus group in Newham showed TB was seen as a disease affecting older people in poor health, rather than younger people, and carried a significant stigma.

Patients are told about active and latent TB and are offered a blood test. Many more are also getting an X-ray – up from 26 per cent in the early days of the trial to 79 per cent by 2016-17.

This one-to-one approach with healthcare professionals explaining the condition at point of contact was adopted to overcome the lack of awareness about TB and the stigma associated with the condition. It was backed up with an information leaflet, developed with the help of national charity TB Alert.

In the two years between April 2016 and March 2018 5,616 patients were screened and 969 were identified with latent TB. Of these, 375  agreed to start treatment, which is delivered through one of 16 CCG-accredited pharmacies.

Pharmacists will dispense the treatment monthly for a three-month period and will report on progress to the GP and, if necessary, the acute trust TB consultant.

A working group has developed guidelines covering screening and treatment, including on the adverse effects of TB medication, and those involved in delivering the new service have had targeted training.

Treatment through pharmacies is considerably cheaper for the NHS than treatment in an acute hospital – and allows the acute sector to concentrate on the more serious TB cases. It is thought hospital care for those 375 patients would have cost an additional £162,000.

How the project compares with treating patients in secondary care is now being analysed through a National Institute for Health Research trial – the Catapult study. Patients who start treatment before April this year will be included in the trial which aims to report later this year.

Duncan Trathen, respiratory lead for Newham CCG and chair of the working group for the project, hopes that the results of this – which he expects to be positive – will support similar models elsewhere.

Currently, the Newham project is seeing around 3,000 people a year of whom between 17 per cent and 18 per cent will come back positive for latent TB.

This is beginning to influence other areas but often the take up is of screening rather than the pharmacy-based treatment.

He suggests that the project could be replicated in other areas with lower TB rates and did not require a large “critical mass” of patients – “as long as the pharmacies are seeing five to 10 patients a year that is enough.”

Between 2014 and 2017 Newham accounted for 42 per cent of all latent TB tests carried out in England. Around 19 CCGs now screen migrants for TB and Newham has supported areas looking to introduce similar programmes.

The programme has been integral in the development of NHS England’s national screening specification and was scrutinised before the Department of Health and Social Care agreed to invest in more screening in 2015-16.

The judges were impressed by the level of patient participation, academic rigor and evidence base. They said the project already had impressive results and was a national exemplar, making use of all healthcare professionals.

Dr Trathen says the award “was a great recognition of all the hard work that the team had put in – most of the team were able to attend the evening.”

The 2019 HSJ Awards are now open for entries. For more information on the Community or Primary Care Service Redesign Category (London and the South) visit https://awards.hsj.co.uk/categories