Tackling the £1.5bn a year cost of chronic kidney disease

Modality Partnership’s project with Healthy.io and inhealthcare won the 2019 HSJ Award for primary care innovation. Jennifer Trueland finds out more about how home-based albumin screening is a cost-effective way to increase uptake and improve early detection 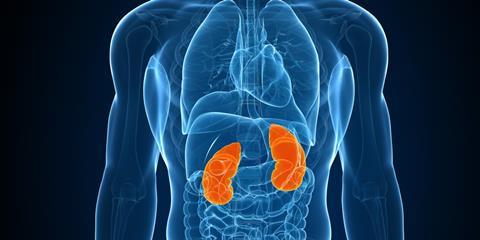 A urine test that patients can do at home using a smartphone app and a simple urinalysis kit has the potential to prevent chronic kidney disease, saving lives and money.

GP super-partnership Modality Partnership, working with Healthy.io and inhealthcare, has shown that home-based albumin screening in primary care is a cost-effective way to increase uptake and improve early detection.

According to Debbie Livesey, a GP partner with Modality, the test was not only successful in finding cases of CKD, but was also popular with staff and patients who found it convenient and easy to use.

The project took the top accolade in last year’s HSJ awards in the primary care innovation category – an endorsement she hopes will encourage clinical commissioning groups to roll it out.

Chronic kidney disease affects one in 10 adults across the UK, costing the NHS some £1.5 billion a year, and people with diabetes are particularly at risk.

Early detection via a simple test for albumin in the urine helps avoid complications and reduces the burden of CKD. National Institute for Health and Care Excellence recommends that everyone with diabetes (or hypertension) should have an annual urine test.

Unfortunately, despite its importance in prevention of serious disease, urine albumin testing is the worst performing of the nine diabetes care processes and around a third of people with diabetes don’t have a recorded albumin test.

The pilot was evaluated by York Health Economics Consortium, which concluded that home albumin screening is a cost-effective solution that improves compliance with routine testing

Modality, a GP super-partnership with around 130 GP partners covering 450,000 patients, agreed to undertake a service evaluation of Healthy.io’s home albumin testing kit to see if it would make a difference. Patients in 12 GP practices across Hull and Yorkshire who had no albumin-creatine ratio measurement in the last year were offered the home testing kit. Around a third consented to receive it, and almost three quarters of those (72 per cent) completed the test, resulting in 11 per cent newly found cases of abnormal albumin, indicating possibly undiagnosed CKD.

“There’s lots of reasons why patients don’t provide a sample,” says Livesey, who is also the Modality Partnership’s research lead for Airedale, Wharfedale, and Craven. “I think patients aren’t aware of the importance of doing a urine ACR every year to detect kidney disease at an earlier stage helping reduce the risk of heart attack, stroke and renal failure.”

The simplicity of the testing process contributed to the success, she says. Patients who agreed to take part downloaded an app to their smartphone and received a kit through the post. The patient followed simple instructions on the app, provided a urine sample, used dipped the test strip and took a scan of it on the colour board with the mobile phone camera. This went via Healthy.io and inhealthcare to become a numeric reading in the patient’s SystmOne health records. “Those with a normal reading, were contacted by our administrative staff; abnormal results were sent through to our nursing staff who would contact the patient and arrange to recheck the result,” says Livesey.

The pilot was evaluated by York Health Economics Consortium, which concluded that home albumin screening is a cost-effective solution that improves compliance with routine testing. The evaluation showed that increasing the number of CKD diagnoses allows more people to benefit from treatment, reduces progression to end-stage renal disease, and reduces the incidence of cardiovascular events. If this project were scaled to the population of England, home albumin testing could result in 3,463 cases of ESRD, and 523 deaths prevented over five years due to an additional 22,946 cases of CKD being diagnosed. This would yield savings of £214.7 million.

The team entered the HSJ awards to highlight innovation in general practice. “We wanted to promote high quality general practice and innovation,” she says. “Sometimes in general practice we just get on and do the day job, and don’t sing about all the fantastic work that’s going on. This was an exciting and original project – to use your smartphone camera as a medical device – we needed to tell more people about it.

“We were shocked [to win] but really thrilled that a GP partnership had been recognised in this way – that we had won the primary care innovation award. For a primary care provider to win the primary care award is quite something. I would encourage other GP practices to apply in the future.”