The backlog of “high risk” maintenance problems at NHS trust estates increased by almost 70 per cent last year, as capital investment has continued to fall. 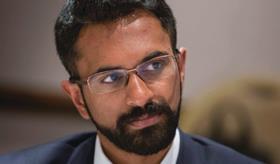 Siva Anandaciva: ‘We are operating in a capital starved environment’

High risk maintenance refers to repairs or replacements that must be addressed urgently to “prevent catastrophic failure, major disruption to clinical services or deficiencies in safety liable to cause serious injury and/or prosecution”.

Overall costs to eradicate the total backlog increased by 15 per cent last year to almost £5bn.

Providers’ investment in estates maintenance has reduced every year since 2013, as capital budgets have been increasingly squeezed. Investment dropped by 5 per cent to £352m last year, compared to reductions of 6 per cent and 12 per cent in the previous two years.

An estates director previously told HSJ that the increasing backlog means hospitals will be at higher risk of fires and power outages due to ageing electrical plants, while old boiler systems will continue to rack up extra heating costs.

Capital budgets, which are used for maintenance work, as well as new buildings and equipment, have been repeatedly raided at national level in recent years, as the Department of Health has sought to prop up its main revenue budget.

Last year this also included local “capital to revenue transfers”, in which trusts were asked to defer capital projects in order to boost their revenue position.

Last month, NHS trusts were told to scale back their capital spending plans for 2016-17 and were warned that the Treasury could insist on signing off even the smallest projects.

At an NHS Improvement event for trust finance directors, the regulator said trusts have forecast combined capital spending of £4.3bn for the year, against a provider sector budget of £2.7bn. This covers all capital spending, including on new buildings, equipment and maintenance.

Siva Anandaciva, head of analysis at NHS Providers, said: “We are operating in a capital starved environment and time and again we have seen the NHS pay the price of under-investing in capital in the long term.

“A flat cash capital budget has only been further strained by capital to revenue swaps, which increasingly leave frontline services with equipment that should be refreshed and buildings that should be refurbished.

“We need the autumn statement [on 23 November] to provide a solution for greater capital investment that includes funding for both maintenance of our existing capital assets, and investment in new capital building programmes and equipment.”

A spokesman for the department said: “Where trusts need additional funding for capital projects they can apply for it to ensure facilities are of the highest standards for patients.”