Two trusts have been chosen by NHS Improvement and the Care Quality Commission to pilot the new use of resources rating, ahead of a national rollout that is expected to be delayed.

Ashford and St Peter’s Hospitals Foundation Trust and North Tees and Hartlepool FT are the two trusts that will be reviewed for how efficiently they use their resources. Both trusts declined to discuss their involvement with HSJ. 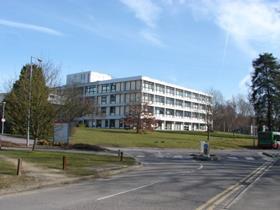 HSJ understands the pilot is running between March and June, and the trusts were volunteers. It is unclear if more trusts will be brought into this pilot in the next two months.

A CQC spokeswoman said: “The pilot work is being led by NHS Improvement and involves an analysis of the data using the methodology proposed in the joint use of resources consultation, in addition to interviews and discussions with the trust executives.”

Jeremy Hunt asked the CQC to “include use of resources as one of the key criteria that the CQC look at in their well led domain” in June 2015. NHS Improvement will assess how trusts are using resources, but the CQC will continue to have the power to provide ratings of trusts. NHS Improvement will recommend a rating but final judgements will remain with the CQC.

The national rollout of the use of resources rating will be delayed because of the general election.

The CQC spokeswoman said: “The timetable [for implementation] is being reviewed and will be put back”. She added: “Further information about the work and future implementation [of the rating] will be contained in the [use of resources] consultation response when it is published after the election.”

It was originally intended that the response would be published this month. The consultation was launched in late December, but CQC chair Peter Wyman said last week the response will now be published “as soon as practical after the election” on 8 June.

Although the 2017-18 CQC business plan said it wanted to “introduce” a use of resources assessment by April 2017, the CQC spokeswoman said a new timetable “has not yet been confirmed” . However, the Next Steps for the NHS Five Year Forward View published in March said: “From August 2017 the CQC will begin incorporating trust efficiency in their inspection regime based on a use of resources rating”, and a spokesman for NHS Improvement told HSJ there was no reason for this timeline to “slip”.

It also appears that NHS Improvement has reviewed the metrics against which trusts will be rated for their use of resources.

At a meeting of NHS directors in March, the regulator shared information that showed the efficiency of clinical services will now be reviewed against “do not attends”, and has dropped the intention to look at the number of cancelled operations and the length of stays that are greater than seven days. It is keeping its review of emergency readmissions and pre-procedure non-elective bed days.

The regulator will also review the effectiveness of the trust’s workforce by looking at the “cost per substantive full time equivalent” staff member, in addition to its previous metrics of sickness absence and rates of staff turnover and vacancies.

Operational productivity will now only be assessed against estates costs per square metre and a purchase price index benchmark tool. Quarter on quarter change of pharmacy spend appears to have been dropped.

The metrics for the management of financial resources remain the same, with trusts being reviewed against capital service capacity, liquidity, income and expenditure margin, agency spend and distance from financial plan.

These metrics are not yet confirmed, however, as the original consultation document said: “As part of this consultation, NHS Improvement and CQC will continue to engage with a wide range of stakeholders on our proposals.”