Every January we all start out with renewed vigour to meet our New Year’s resolutions. Then we encounter the main problem – implementation. 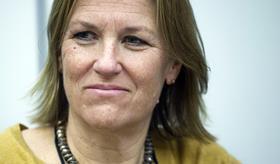 This is true of NHS change projects too: so many good intentions, discussions, research and papers, but implementation is often misdirected, slow or even non-existent. The majority of large change projects fail.

One key resolution for the NHS in 2016 is to act on its commitment to change how it uses its chief asset, human capital, to make NHS England’s Five Year Forward View a reality. This requires, amongst other things, a sustained focus on gender equality, similar to other sectors.

The majority of NHS staff are women (77 per cent). Yet women make up only 36 per cent of chief executives, 26 per cent of finance directors and 24 per cent of medical directors, with under representation also seen in other professions.

In 211 clinical commissioning groups the workforce is mostly female (70 per cent) while women make up only 37 per cent of governing body members and 26 per cent of lead GPs.

Board diversity is linked to good patient care

Evidence is accumulating from across the globe that with more women at the top, organisations can improve performance, productivity, decision making and innovation; and in the NHS, board diversity is linked to good patient care. It is the best thing and the right thing to do in terms of value and on principal.

In December the report NHS Women in Leadership: Plan for Action was published by NHS Employers, the HSJ Women Leaders Network and UN Women. Based on the experience of the United Nations system, along with qualitative interviews with 12 senior NHS leaders, it identifies a range of actions to increase the numbers of women in leadership across the NHS in all professions and improve the talent pipeline.

The report recommends a number of measures such as having a clear focus, a champion and mandate at the highest levels, a task force, national goals (for example, 50:50 men and women at board level), and the use of published benchmarked data to stimulate organisations to take action.

The task force should put in place specific measures, such as fair appointment processes, across the system. Progress should be measured by an accountability framework along the lines of the Workforce Race Equality Standard or UN Women’s System Wide Action Plan (UN-SWAP).

But gender inequality is an entrenched problem and previous plans have failed to make a difference. What will be different this time?

Twelve organisations have signed up in the report to address gender inequality. And we know progress can be made: since 2011 in FTSE 100 board rooms female representation has increased from 12.5 per cent to 23.5 per cent.

In 2014, 90 per cent of United Nations system agencies reported compliance against the UN-SWAP, an 8 per cent increase since 2012.

Implementing the report’s recommendations will require careful planning to prepare the ground rather than rushing in with specific, and possibly contentious, schemes. A clear focus, goals, publication of data, infrastructure, investment, a media campaign, evidence and widespread participation will be critical to any implementation plan to create a framework for sustainable action, drawing on the UN and Lord Davies work.

Response to the Plan for Action report has already shown a noticeable pull from staff, and it is worth noting that action in the private sector was driven by a desire from disparate organisations to strengthen their own talent pipelines rather than respond to imposed quotas or complex monitoring.

The key is to generate excitement and a clear purpose for implementation, not just good intention. This requires all of us, including men, to think of success in the long term.

Gender equality is not solely about mix sex wards and boys clubs, but the powerful combination of expertise and experience in each board room, with women as equal partners to men in numbers and contribution. This will help the NHS to deliver the very best care for every patient.