Visa applications for nurses from outside the EU to work in the UK soared by more than 200 per cent in a year.

In addition, the majority of 4,000 rejected non-EU visa applications since June 2015 have been nurses, the Migration Advisory Committee has said.

The committee’s figures show the number of applications for restricted certificates of sponsorship, which are needed to employ a nurse from outside the EU, increased by 209 per cent between April-July 2014 and April-July 2015.

The increase is evidence of the desperation by some health and social care providers to plug gaps in the UK nursing workforce, which has seen NHS trusts forced to recruit thousands of overseas nurses in recent years.

The committee document, published as part of a consultation on whether to include nursing on the government’s shortage occupation list, shows nursing has disproportionately suffered because of monthly limits on immigration numbers.

The report said: “Nursing is the occupation most heavily affected by the monthly allocation limit being reached… the majority of the 4,000 rejected applications since June 2015 have been for nursing [restricted certificates of sponsorship].” 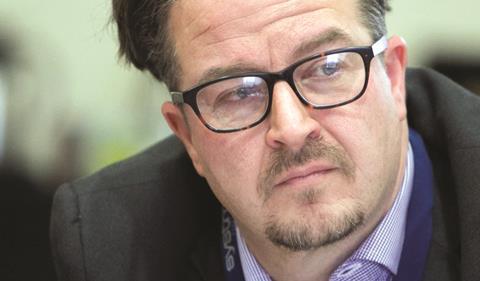 Howard Catton: ‘The way the immigration rules have been applied have strangled that supply line’

It said the monthly limit had been reached in each of the last five months since June.

In 2014 there were almost 2,900 certificates in use for nurses. The committee said this “suggests that measures being taken to reduce reliance on migrant nurses are not yet having an effect”.

Royal College of Nursing policy director Howard Catton said there was clear evidence of a “significant shortage” of nurses in the UK, adding that overseas recruitment was an “absolutely critical supply line to help us meet patient care demands”.

He said: “The way the immigration rules have been applied have strangled that supply line.

“I am concerned that the decision to put nurses on the shortage occupation list is up for review in February and I am concerned that there may be a view from some, in relation to the broader politics, that we can fix the nursing shortage in a matter of weeks or months when I think it will take a number of years.”

Last month the home secretary ordered the Migration Advisory Committee to reverse an earlier decision not to add nursing to the UK’s shortage occupation list, which had led to many visas being delayed or cancelled during the summer. The initial decision also left non-EU nurses earning less than £35,000 a year who have been in the UK for six years at risk of being forced to leave.

Theresa May added nursing to the shortage list but asked the committee to review whether this should continue and report back to the government in February.

In the consultation document, the committee said: “Although the data indicates an increase in demand for nurses, the MAC stresses to partners that this is not in itself sufficient evidence of a shortage of nurses. The MAC is keen to explore whether this increase in demand is occurring as a result of employers not adequately exploring the alternatives to bringing in nurses from outside the [European Economic Area].

“These can include expanding recruitment from within the EEA, instituting measures to improve retention of nurses, and encouraging those who have left the profession to return to it. Over the longer term, another alternative would be to increase the domestic supply of nurses through increased numbers of training places, for example.”

In the past two years thousands of nurses have been recruited from within Europe. Health Education England has increased nurse training places and launched a campaign to attract people back to the profession.

The consultation runs until 12pm on 31 December.