Clinical leaders need to turn their knowledge into power

Knowledge only has worth if we know what to do with it, which is why clinical leaders are crucial to increasing patient safety, says Justin Waring 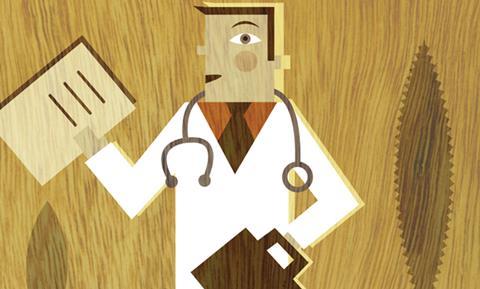 Why doctors should be bothered to lead

With the world more “connected” than ever before, it’s easy to underestimate the enduring difficulty of meaningful communication. One reason for this is that we too often confuse “know about” with “know-how”.

Barely a century ago it was strength of voice that chiefly determined how many people could be reached at the same time. Now an audience of billions can absorb an event simultaneously.

The mass transfer of the written word once demanded printing and hard copy distribution. Soon a few deft swipes across an iPad could be sufficient to download the sum total of man’s knowledge.

Yet all the information in the world might well be useless if its recipient can’t process it effectively. Facts are of genuine worth only if we know what to do with them − what they really mean, how they might be applied and how they link and combine to create new facts. The difference between “know about” and “know-how” is often the difference between evolution and inertia.

The scientist and philosopher Michael Polanyi sought to explain the distinction by coining the term “tacit knowing”. He argued that the successful transmission of tacit, experience based skills alongside fact based knowledge is crucial to the survival and growth of institutions, industries and, indeed, entire economies and societies.

That’s quite a sweeping statement, you might think, but there’s certainly no reason to believe the sphere of healthcare provision should in any way be exempt. One of the recurring messages to emerge from the Mid Staffordshire scandal is that clinicians’ voices should be heard. So what are we doing about it?

Over the course of three years, a team of researchers from Nottingham University Business School’s Centre for Health Innovation, Leadership and Learning investigated procedures at a number of large acute hospitals in the English NHS to examine methods of knowledge brokering, which is increasingly seen as an essential component of organisational learning and central to strategies dedicated to improvement and innovation.

In a healthcare setting its dual aim is to ensure knowledge embedded in day to day practice is learnt by others and to allow new evidence and safety guidelines to be shared with those involved in care delivery.

Based on extensive observation of and interviews with staff, we were able to divide knowledge brokers into four categories: risk managers, risk officers, professional leads and clinical leaders.

Some favoured formalised procedures. Some favoured engagement with the clinical community. All confronted two main challenges in fulfilling their duties to best effect: first, the notion that clinical practice is principally informed by experiential know-how, which is difficult to articulate and share; second, the close ties between practice based knowledge and group membership.

In other words, the act of knowledge brokering is hampered by professional boundaries. Clinicians, for instance, tend to share knowledge among close colleagues instead of using formal reporting channels and do not necessarily regard designated safety managers or experts as part of the team. As a result, a significant “learning gap” exists.

Of course, we can seek to apportion blame for this situation. We can squabble and finger point and pass the buck. But it’s more productive simply to give proper thought to who is most likely to bridge the divide between the clinical and organisational communities.

Our findings strongly suggest “hybrid” clinical managers − those clinicians who hold departmental or team leadership positions − are best placed to close the gap.

Why? They have a foot in both camps. They benefit from being legitimate members of both communities − the clinical and the organisational. They understand the experiences and know-how of their colleagues and can also work with safety experts to support wider learning. They represent the ideal “bridge”.

Compare this with the words of a dedicated risk manager: “We can’t actually make change happen. We’re too far removed from what goes on. The way I see it is that we’re here to provide that additional insight − the more detailed or bigger picture, if you like − but really it has to be those on the ground who make change happen.”

It’s time to accept that a reliance on formal learning systems, including the National Reporting and Learning System, is unlikely to engender the kind of practice based learning and change envisaged in policies. More explicit reporting cannot offset a lack of engagement with clinical practice. The passive communication of information is no match for active participation. Again, it’s the difference between “know about” and “know-how”.

This sort of problem exists everywhere. Just as we have to accept the healthcare arena isn’t immune from it, so we shouldn’t somehow convince ourselves we are unique in having to confront it.

What we absolutely have to appreciate, though, is that the consequences of failing to address it − as we have already seen − are likely to be far more devastating in this environment than in those in which matters of life and death are not a daily concern.

Professor Justin Waring is a professor of public services management at Nottingham University Business School and director of its Centre for Health Innovation, Leadership and Learning