‘Inert’ or improving: the state of medical regulation 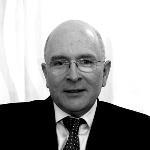 Last month the Commons health committee challenged the General Medical Council and all professional regulators to do more to change the culture within our healthcare system. The shameful care provided at Mid Staffordshire Foundation Trust and the shocking abuse of patients exposed by the BBC’s Panorama team at Winterbourne View provide incontrovertible evidence that all is not well.

Each inquiry reveals poor oversight by boards, failures of leadership and management at all levels, clinical disengagement from the running of the institution, and the presence of a vulnerable patient population. And that describes the bulk of those occupying our acute hospitals – very elderly people with multiple co-morbidities.

In HSJ earlier this year, Harry Cayton gave a timely warning against the idea that more regulation is the answer. He was right: we do not need more of the same, we need something different.

Many of these catastrophic failures are systemic. They are not caused by a “few bad apples” but by failing organisation. But within such organisations, we also see individual failure.

For professional regulators such as the GMC, the justifiable challenge is both how could our registrants do such things and, equally important, even if they are not directly culpable, how could they have allowed such things to happen?

If we are to be relevant we will need to demonstrate that we can play a part in addressing this challenge.

It must begin with a change to our approach. In the past, professional regulation was largely reactive. Often it meant responding to concerns and complaints as discrete episodes. Our relationship with the bulk of the profession was as remote as it was with the health service as a whole. Most doctors wanted as little to do with us as possible.

That must change. First we need a closer relationship with those who manage or contract with doctors. We are setting up a nationwide team of advisers to work with and support medical directors on revalidation and on dealing with doctors about whom they have concerns. They will also feed back to us on local issues and concerns about medical practice and education. At the same time we are piloting regional liaison teams to work with medical schools, deaneries, patient groups and professional organisations in England.

Second, we need closer links with system regulators. As Care Quality Commission chief executive Cynthia Bower acknowledged recently, we need much better coordination between us and a better understanding of each other’s responsibilities. There is now a realisation on both sides that unless system regulators and professional regulators share information effectively we will fail the patients we exist to serve.

Third, the nature of professional regulation will be transformed by the roll-out of medical revalidation from next year. After a long gestation we will have put in place one of the critical building blocks for safe, high-quality care, based on sound local clinical governance. This is not a “doctors-only” activity, it will establish a system to give employers and patients assurance that their doctors are up to date and fit to practise.

Over time it will establish a system which will rely on better information, on patient outcome data and other solid measures of performance. And of course it will change our relationship with doctors: our interest will not be confined to when things go wrong, instead we will be making sure they have the opportunity to reflect and learn from their practice, as well as the means to demonstrate things are going well.

Our final challenge is to ensure our professional guidance makes a difference wherever doctors are working. As we begin to consult on a new version of our core document Good Medical Practice later this year we also need to find new ways of making it real and relevant to frontline practitioners. In particular we shall be publishing new advice on raising concerns. The ability of professionals to point out when things are going wrong is perhaps the greatest single safety device in healthcare yet it remains underused and undersupported.

There is an iconic episode of Yes Minister in which the hospital works perfectly and exceeds its targets because there are no patients. As everyone gets worked up about organisational boundaries and power struggles we need to bear in mind not only that the quality of care matters, but that it is all that matters. 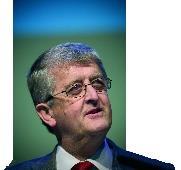 Despite the furore over the current NHS reforms, the most likely outcome is that the system will be characterised by expensive “jumping on the spot”. In other words, fundamental flaws in healthcare delivery will be unaffected.

A primary reason for this outcome is that the content of the current NHS reforms, like their predecessors, ignores the role of the crucial decision maker in all healthcare decisions: the doctor. It is the doctors who are the “captains of the teams” and it is their leadership and management skills that determine the fate of the patient and the use of funds.

Sadly, doctors are not always equipped to spend £105bn efficiently or equitably. This is a product of inadequate regulation by the professions and government.

It is astonishing that there is no national undergraduate examination system for medical students. The General Medical Council sets curriculum subjects but each medical school sets its own examinations. The schools thus train their graduates in very different ways and to very different skill levels. Consequently variations in clinical practice are unsurprising.

In the US there are national exams which determine entry to postgraduate training. Recently the Medicare programme has decided to invest billions of dollars in management and economics training for American doctors.

There is recognition in the US that to work efficiently in healthcare doctors need to be versed in the history of their systems, the mechanics of how care is financed and delivered, and how they as key decision makers can manage their budgets and patients. Surprisingly in the UK, training programmes continue to be fragmented and poorly focused on the demands created by having to allocate finite funds among competing patients.

This is indicative of the feebleness of the GMC. The legislative basis of the council clearly sets out that its role is to protect the patient. But its behaviour is indicative of another role: protection of the doctors. Despite the Bristol inquiry into cardiac paediatric deaths, a decade later (and two decades after the high mortality rates were reported) the GMC does not have an effective reaccreditation process in place. In part, this is a product of a leaderless GMC. But it is also a product of the failure of the profession to protect patients by creating databases or comprehensive registers of clinical practice and to audit practitioners.

In the late 18th century there was concern about care standards in Manchester. Thomas Percival reviewed these problems and advocated the creation of comprehensive case registers to monitor clinical performance in a book on medical ethics published in 1803. Two hundred years later some registers are slowly emerging: cardiac surgery, bariatric surgery and hip and knee prostheses. But why is progress so slow?

When the cardiac surgeons created their audit, some practitioners were found wanting and had to be “moved on”. Without registers and comparative audit, poor outliers cannot be improved, average performance cannot be increased and differences in performance standards cannot be minimised.

Why has neither government, nor the profession, nor its laggardly regulator the GMC moved more rapidly to establish these basic structures? The data is available to interrogate clinical performance. There is activity and mortality data in hospital episode statistics and this is now linked to emerging patient reported outcomes measurement. Physicians, use this data to improve your practices and protect patients and the taxpayer from inefficiency and waste.

The role of the royal colleges in these tasks is also important. These bodies have significant tax breaks, ie they are subsidised by the state. These subsidies should be managed to ensure practice standards are evidence based and enforced. College membership (and hence the right to practice) should be reviewed regularly over a practitioner’s career and based on them working within clinical budgets, complying with best practice guidelines and achieving good outcomes.

While these practices require a regulatory structure, the key issue is how to motivate doctors to manage these affairs efficiently. Detailed regulation by well-meaning bureaucrats is likely to undermine patient care. Doctors are mostly highly intelligent and competitive beings. The best form of competition is their rivalry to enhance their performance and improve patient care. The challenge is how to fuel that self-governing process much more vigorously.

How will the Lansley reforms help these processes? These fundamental issues seem largely ignored by Whitehall village. So our only hope is that medical leadership takes up the challenge and sweeps away the current inertia epitomised by the GMC and other professional bodies that have proved so durable over the centuries