Make 2020 the decade of healthy ageing 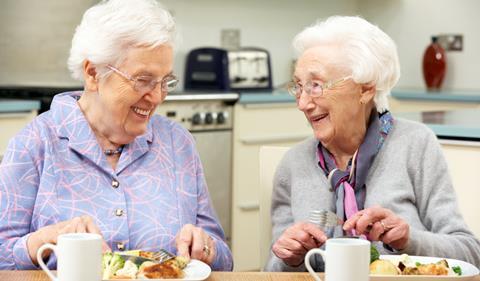 A new year. A new decade. One that for some has been long anticipated. Many of the sustainable development goals, for example, were due to be achieved by 2020.

For others it arrives with a sense of foreboding. The massive global shifts in climate, and protection of biodiversity have not been achieved.

Debate and action on one massive social change has been totally missing. As the UK and world population ages, we are not prepared for larger numbers of people living longer, and the impact – often positive – that this could have on our society and economy.

That is why the UK needs to get behind the World Health Organisation’s Decade of Healthy Ageing.

There is a huge opportunity to capitalise on the age shift in our society. Already around a third of all people in the UK are over 50 and despite a recent stalling in increases in lifespan, we’re still on average due to live much longer than our parents and grandparents.

The most common age of death in the UK is 90. And yet the dominant narrative when we think about later life is stuck on how to fix our broken social care system and worries about the numbers of hospital beds we might need.

So where should the UK government begin? What action in 2020 will make a radical difference to people as they age? There is much to be done to support older workers to stay healthy and financially secure, including improved support for health conditions in the workplace.

The plans for flexible working and carers’ leave announced in the recent Queen’s Speech are a welcome start.

We all need to plan to work longer not only to make sure we are financially secure in our old age but also to benefit from the economic dividend of more people in fulfilling work for longer – estimated to be worth about £18bn or 1 per cent on GDP.

It will require investment in improved housing, better quality work and communities, as well as further regulation on tobacco, alcohol, and unhealthy foods

We also urgently need to improve the accessibility and condition of our housing stock. Requiring that all new homes are built to higher accessibility standards would in one sweep ensure that people today and for generations to come could remain independent in their home for longer.

This could make the difference between someone staying in their home with minimal care needs and needing 24/7 care in a care home. And the government needs to properly address the scourge of cold, damp and dangerous housing.

Doing so could reduce the NHS bill from falls and cold homes for over-55s, estimated to cost the NHS £513m in first-year treatment costs alone.

The government re-committed to the goal of extending healthy life expectancy by five years by 2035 – though was strangely silent on closing the gap between the richest and poorest. This won’t happen by spending more on hospitals or recruiting thousands of more nurses.

It will require investment in improved housing, better quality work and communities, as well as further regulation on tobacco, alcohol, and unhealthy foods. We urge the government to take radical action in 2020.

Of course, it’s not just about government action. The public, private and voluntary sector can all make a contribution. And we all need to abandon the outdated (and frankly insulting) idea that getting older is about decline and decay.

If we take action now we can support more people in later life to remain active, healthy and productive for longer.

Let’s make 2020 the start of a decade of healthy ageing so that everyone can enjoy their later life.

Anna DixonAnna Dixon is chief executive of the Centre for Ageing Better.