NHS finances might be tight, but it's time to give more to mental health

Running the NHS is about the prioritisation of scarce resources, but mental health continues to receive a disproportionately small slice of the funding allocation. Tough decisions need to be made to ensure the best for the sector 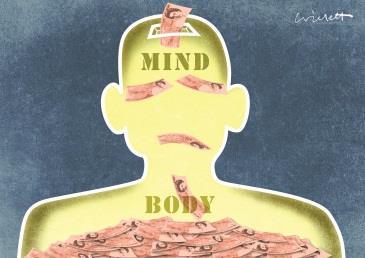 The focus on mental health issues has rightly intensified over the last 12 months. As a result, we have been given some timely reminders of the:

There are many reasons for this, alongside lack of investment, including far reaching changes to and confusion surrounding the way mental health services are commissioned and the relative priority given to mental health by different commissioners.

There have been positives including:

But it’s difficult to escape the conclusion that to begin to deliver the much vaunted parity of esteem, two things must happen.

Monitor, in its Closing the Gap report, showed that although mental health makes up 22 per cent of the national disease burden, these services receive only 12 per cent of programme funding allocation.

Second, we need to introduce the access and treatment standards that have been a milestone on the path to improved provision and prioritisation of acute care over the last decade.

That’s why the NHS faces such a key decision over the next three months.

While the government rightly wants a stable mandate for the NHS in 2015-16, there is one key area of debate still open: whether the new mandate is used to introduce new access and treatment standards in mental health.

The good news is that we may finally be approaching a set of costed options that we can discuss, enabling us to examine the trade offs between introducing such standards and the money required to fund them.

This is important, as we need an open and honest discussion early in the process if we are to avoid a repeat of last year’s problems around the differential tariff for non-acute services. The worst option would be to introduce new standards and pretend that they don’t require extra funding.

However, the funding situation facing the NHS in 2015-16 is the tightest in at least 15 years.

There are huge pressures to manage, including the £1.9bn reduction across health and social care embodied in the better care fund; rapidly growing, systemic, provider and clinical commissioning group deficits; and no more NHS back pocket underspend to call on.

And while there will be no other new mandate commitments, the Foundation Trust Network will be arguing that the tariff service development uplift needs to take account of the 2014-15 mandate’s extra staffing commitments as these are not yet reflected in reference costs and won’t be for some time yet.

So finding the extra money to introduce new mental health access and treatment standards will be very difficult, particularly as the argument that investing in mental health services delivers wider savings is, frustratingly, still not well accepted or understood despite all the evidence to the contrary.

This might tempt some to try to avoid or downplay this decision. But we must debate it openly and honestly.

Running the NHS is about the prioritisation of scarce resources, particularly as the scarcity of the resources really begins to bite deeper.

This is a key test of whether the NHS can make the difficult prioritisation decisions that the next Parliament will surely require.

It is right that we demand as much as possible on behalf of service users, however navigating this terrain will need openness, honesty and maturity from all concerned, including a mental health lobby that is unlikely to secure all we desire.

One way of resolving the dilemma would be for those members of the government strongly committed to this agenda to secure extra funding from their colleague, chief secretary to the Treasury Danny Alexander.

More likely will be a reprioritisation of existing resources to start the process of investing more in mental health.

Whatever the answer, we need to ensure that a proper public debate occurs and that the wider NHS feels fully involved in a difficult decision with consequences it will have to manage.

Chris Hopson is chief executive of the Foundation Trust Network