The NHS staff survey reveals the ‘culture of fear’ endemic in the workforce that prevents whistleblowing, says Chris Graham 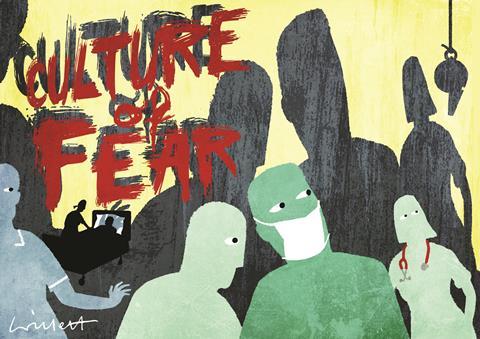 Earlier this month Sir Robert Francis QC published his Freedom to Speak Up report on the state of whistleblowing in the NHS.

The report prompted considerable coverage from the mainstream media, which highlighted some horrifying stories of whistleblowers who had experienced bullying and mistreatment.

But what are the views of the NHS workforce at large?

The national NHS staff survey provides the biggest and most systematic insight into the experiences of people working in the health service in England.

The survey has been running since 2003 and covers every NHS organisation providing acute hospital, ambulance, mental health, or community services.

This year the survey received responses from more than a quarter of a million people – 42 per cent of all those invited, and around a fifth of all eligible NHS staff.

The survey is a goldmine of evidence, and it is fascinating to see how staff experiences have changed over the years.

But some of the most interesting results for 2014 come from a new set of questions on the subject of raising concerns about unsafe clinical practice.

These questions, never before included in a national study, give us a timely overview of how staff feel about whistleblowing.

Nearly all healthcare staff (93 per cent) know how to raise concerns.

If we exclude those who said they “did not know” (possibly indicating that they felt the question was not relevant to their role, given that this was most frequently indicated by office staff), more than 90 per cent of staff in every type of trust said they “would know how to report concerns about unsafe clinical practice”.

There is little variation on this point: in the acute sector, for example, there were only 13 organisations where fewer than 90 per cent of staff said they knew how to raise concerns.

While it remains vital to ensure new staff know how they can flag concerns, there is little scope to improve standards around whistleblowing simply by raising awareness of how it can be done.

Two further questions asked staff for their feelings about what might happen if they were to highlight clinical issues: whether they would “feel secure”, and whether they were “confident that my organisation would address my concerns”.

Nationally, 68 per cent of staff agreed that they would feel secure raising concerns, but only 57 per cent felt confident that those concerns would be addressed.

This echoes the findings of the Francis report, which described a “culture of fear” in many organisations, possibly driven by the extreme negative experiences of a minority of whistleblowers.

The national figures are alarming enough, but there was also considerable variation around both of these points.

In the top 10 performing acute trusts, fewer than 7 per cent of staff said they would not feel secure raising concerns: in the bottom 10, more than double that proportion of staff (14 per cent or more) said this.

Similarly, the proportion of staff who felt confident that their organisation would address any concerns that they did raise varied twofold even within the acute sector, with a range from 37 to 73 per cent.

Scaled up, they suggest that more than 100,000 NHS employees would not feel secure raising concerns about unsafe clinical practice.

This is astonishing, and conclusively demonstrates that there is a very widespread fear – justified or not – about the personal consequences of whistleblowing.

This fear is not only a burden on staff but a threat to patients and their care. It has to be tackled robustly.

Freedom to Speak Up includes 20 principles designed to improve standards around whistleblowing.

These are organised into five themes, of which the first is “culture change”. This culture change is undeniably vital, but today’s results show the scale of the challenge.

How can we convince 100,000 members of staff that it is now safe to speak up?

Realistically, the widespread fear of whistleblowing is driven by a minority of extreme failures – the cases where whistleblowers receive vilification rather than support.

That these cases occur cannot be denied – they have been laid bare for all to see – but a visible, firm commitment to better practice is needed to redress the damage they have done.

Raising constructive concerns must be celebrated and promoted. The service must learn to not only wear problems that are identified but to embrace them, and to shout loudly about how they are used to create improvements.

And there can be no tolerance for those who persecute or mistreat whistleblowers.

Only by demonstrating fairness – and doing this consistently – can we expect staff to feel safe drawing attention to clinical issues.

Chris Graham is director of research and policy at the Picker Institute Europe, which conducted the survey on behalf of NHS England