The DH needs to be more innovative in primary care 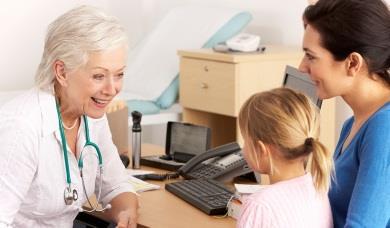 The new Department of Health document, Transforming Primary Care, mostly looks to improve services for those with the most complex needs. While the focus on this group is no doubt right, what does it tell us about transforming primary care for the rest of the population?

From the media coverage you could be forgiven for assuming the document was mostly about improving access to GPs at weekends and evenings – a measure most likely to appeal to the much larger working population. For this group, the document does confirm that the one-year £50 million challenge fund announced last September will establish pilots covering a population of 7.5 million (out of a total population in England just short of 55 million).

Some of this is about extended opening hours, but it also includes a range of other measures designed to improve access to GPs, including the use of new channels for consultations such as Skype and email.

Interesting and valuable though these pilots are, given their limited coverage, experimental nature and one-year funding, they will be marginal to patients’ experience of primary care in 2014. The time for a fanfare should be when new policy based on the outcomes of these pilots is announced, though that will be some time away.

There is recognition that capacity is already an issue in primary and community services, with a range of measures designed to help recruit, retain and train the workforce alongside a slimmed down quality and outcomes framework.

There is also helpful recognition of the longer term workforce challenge implied by new models of care, with Health Education England leading the work to address this challenge.

‘Although there is little operationally new in the document, it should have come before the planning round rather than after’

More leftfield is that by 2020 there is a commitment to “make available” (a new phrase to me) 10,000 primary and community care professionals, though whether this means new staff or retrained staff, and whether this nicely round number meets forecast demand, is not said. Perhaps confirmation that it also looks affordable would be comforting in the present environment.

The document contains a lot on new technology and its use, whether to connect different parts of the health and care service or to make access more convenient for patients. Again, this is good stuff, although it’s hard to find anything here that wasn’t already in the public domain.

It’s good to see acknowledgement of innovation in commissioning and contracting and the commitment by Monitor and NHS England to provide more support and guidance. However, the document misses a trick in failing to explicitly recognise innovation in new models of primary care provision.

Federations and networks of practices are likely to be necessary to deliver integrated care at scale (with potentially easier access) as the King’s Fund argued in our recent report on commissioning and funding in general practice.

Depending on your point of view, the document either merely repeats a lot of existing commitments or refreshingly does not embark on too many new ones. This should not be surprising – after all, the mandate to NHS England was set some time ago.

Equally, the GP contract is done and dusted, and the NHS should have already signed off its plans for 2014-15 and 2015-16, getting close to its strategic plans for the full five-year period.

Although there is little operationally new in the document, I can’t help thinking it should have come before the planning round rather than after, as clinical commissioning groups’ plans apparently have to specify how the £250 million being made available to support GPs to commission new services is to be spent.

Lastly, on the basis of the DH document it’s clear that the future NHS must be flexible enough to deliver on commitments, whether these are expressed as outcomes, money (the £250 million) or workforce (the 10,000).

It would also have been helpful to flag more clearly the task still to be done on getting better measures of outcomes in primary and community services as there is still a tendency to measure quality in these areas by their impact on acute hospitals, including emergency admissions, readmissions and length of stay, which has a rather old world feel to it – particularly as it is CCGs who are committed to spending the money – let’s hope it’s not a surprise to them.